Explore the area surrounding the Oxfordshire town of Banbury on this long circular walk. The attractive market town is surrounded by some lovely countryside with miles of good footpaths to follow. It's a very rural area so the town makes for a great base for walkers.
This walk makes use of waymarked long distance trails to visit some of the highlights of the area. This includes the Oxford Canal, Spiceball Country Park, the River Cherwell and a series of pretty villages.
The walk starts in the centre of town and follows the Oxford Canal towpath south, before turning north east along the Jurassic Way. You cross the River Cherwell before heading through the countryside to Middleton Cheney, Chacombe and Upper Wardington. The route then passes the Grade I listed Edgcote House before coming to Chipping Warden where you pick up the Macmillan Way. This takes you west to meet up with the canal at Claydon Locks. Following the canal south through Cropredy then takes you back to Banbury, with nice views of the Cherwell as you go. Just before finishing the walk you will pass Grimsbury Reservoir and the pretty Spiceball Country Park with wild flower meadows, community woodland and several areas of native trees and shrubs.
You can virtually follow a section of the Oxford Canal through Banbury using the google street view link below!

Other Walks around Banbury

Ye Olde Reinedeer Inn is an historic pub of some note and well worth some investigation. Parts of the building date back as far as the medieval period and it has strong connections with the English Civil War. Of particular interest is the splendid Globe Room which was used regularly by Oliver Cromwell as his headquarters and more interestingly, as a court room to sit in judgement in one of the several Royalist trials that took place during the Civil War. It's well worth a visit with its fine paintings, engravings and furniture. The inn also does very good food and can be found at 47 Parson’s Street with a postcode of OX16 5NA for your sat navs.

The countryside, woods and waterways around the town make for excellent dog walking. Broughton Castle and Spiceball Park are also popular places near the town where you can take your dog. As always please keep them under control around farmland with livestock. Ye Olde Reinedeer Inn mentioned above is also dog friendly.

Head west of the town and you will soon come to the little village of Wroxton where you can visit the splendid Wroxton Abbey. This 17th century Jacobean mansion is surrounded by beautiful grounds and public footpaths. On the walk there's also a visit to Drayton where there's a fine village pub.
Just to the south of the town you can pick up the Bodicote Circular Walk. This visits some of the local highlights including Bodicote Lake, the restored 19th century windmill, the 13th century church and the Georgian Bodicote House. There's also an 18th century pub to visit in the pretty village afterwards.
If you follow the canal south you could visit the settelements of Kings Sutton and Adderbury where you can visit the pretty Adderbury Lakes.
To the north there's more nice waterside walking around Boddington Reservoir and Clattercote Reservoir.
For more walking ideas in the area see the Oxfordshire Walks page.

17–19 Market Place, Banbury, Oxfordshire. 17 is the rebuilt façade of the former Corn Exchange. 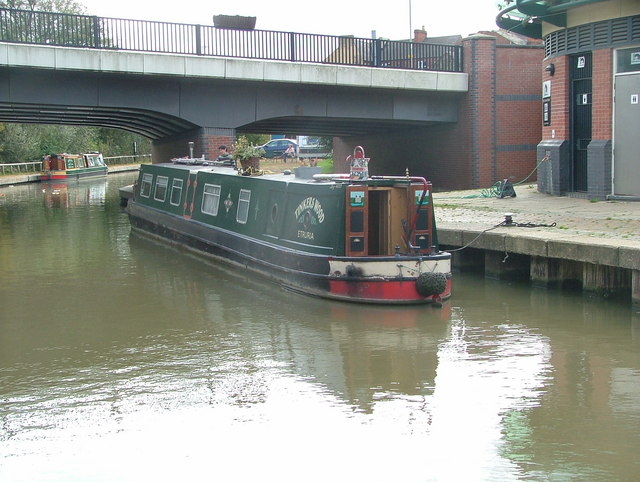 Parsons Street with the Reindeer Inn mentioned above on the left. Stop off here for some refreshments after your walk 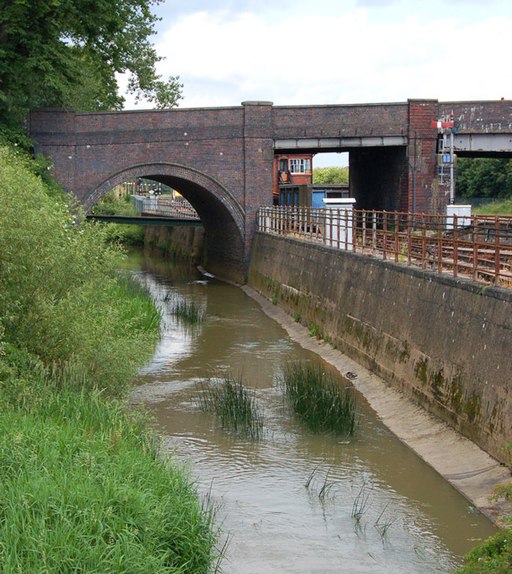