This popular walk takes you from the ruins of Glastonbury Abbey to the summit of the iconic Glastonbury Tor. The circular walk runs for about 2 miles with a moderate climb on the way.
You start off at the Grade I listed, Scheduled Ancient Monument of Glastonbury Abbey. The abbey was originally founded in the 7th century and rebuilt in the 14th century after a fire in 1184 destroyed the buildings. The site is 36 acres and open to the public so its well worth exploring the area and marvelling at the fascinating architecture and history of the abbey before climbing the Tor.
From the abbey you head to the Tor summit on good footpaths passing Bushy Combe and Chalice Hill on the way. At the summit you will find the 15th century St Michael's Tower where you can enjoy marvellous views over Somerset, Dorset, Wiltshire, Wales and the nearby Polden Hills. You can also explore the apple orchards at the bottom of the Tor before returning to the abbey.

The Rifleman's Arms is a great choice for some refreshments after your walk. It's just a short downhill stroll from the Tor and within a stone's throw of the Chalice Well Gardens. The pub has a nice beer garden with views towards the tor. You can find it at 4 Chilkwell St with a postcode of BA6 8DB for your sat navs.

Dogs will love climbing up the tor and you will probably see many other dog walkers on your outing. Please keep them on leads near grazing sheep though.

The Tor is located in the middle of the Summerland Meadows, part of the Somerset Levels, rising to an elevation of 518 feet (158 m). It is thought to be the location of Avalon, the place where King Arthur's sword Excalibur was forged and later where Arthur was taken to recover from his wounds after the Battle of Camlann.
If you enjoy this short climb then you may also like to try the walk up Burrow Mump which is quite similar. The small hill includes the striking 18th century ruined church of St Michael's. It's located about 10 miles south west of Glastonbury in the pretty village of Burrowbridge. From the hill summit there are nice views back towards Glastonbury Tor and over the Somerset Levels.
Just to the south west you'll find the neighbouring village of Street. Here you can enjoy another climb on the Polden Way to the National Trust's Walton Hill in the Polden Hills. Just to the south of Street you'll also find the neighbouring village of Compton Dundon where you can try the Compton Dundon and Combe Hill Wood Walk. The circular walk includes a climb to Iron Age Hillfort on Dundon Beacon and a visit to the Hood Monument, which is something of a historic local landmark.
For more walking ideas in the area see the Somerset Walks page.

Glastonbury Tor. Taken from the north, in Well Lane 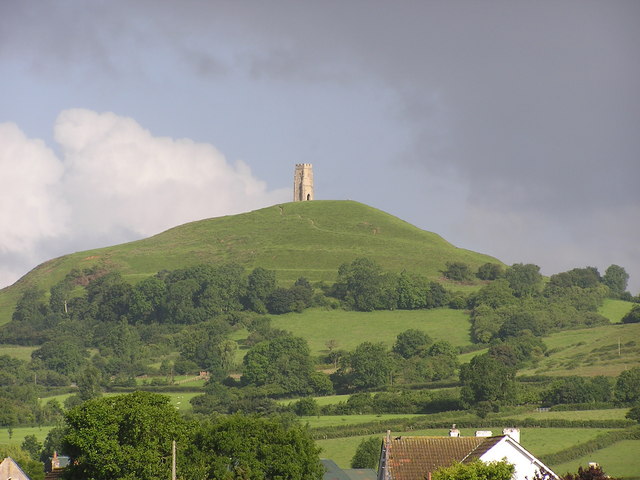 The tor taken from Havyatt/Edgarley close to the "welcome to Glastonbury" sign on the A361. (Photo actually taken from the orchard alongside) 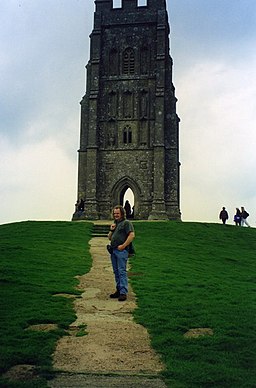 St. Michael's Tower sits atop a conical hill or 'Tor' (celtic for conical hill). Believed by many to be Ynys yr Afalon or Avalon, a place for Arthurian legend.

Walkers on Glastonbury Tor. Even on a winter's afternoon, a file of walkers can be found making their way down the Tor's zig-zag paths. The camera is near Cow Bridge on the Butleigh Road 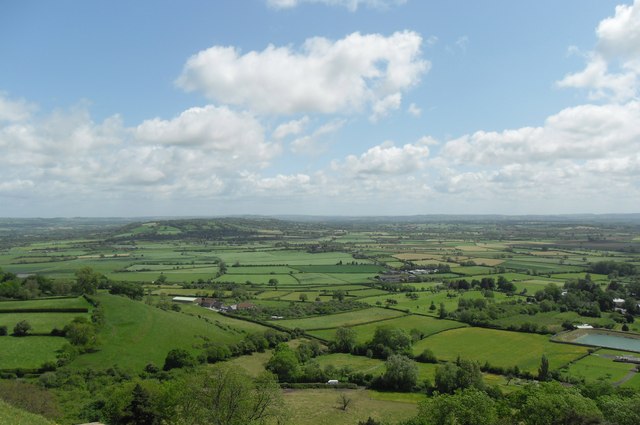 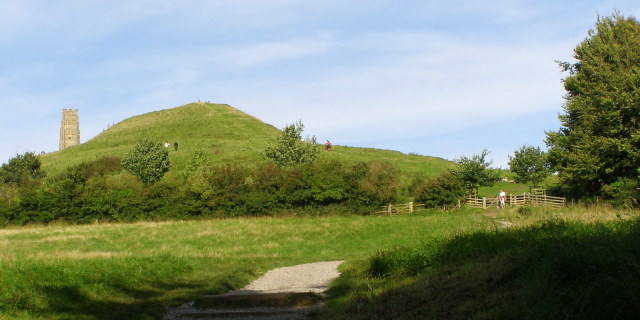 Western end of the tor. Approaching the tor from the bottom of Wellhouse Lane, the path up to the summit is mainly of concrete to withstand the large number of visitors that walk this way. 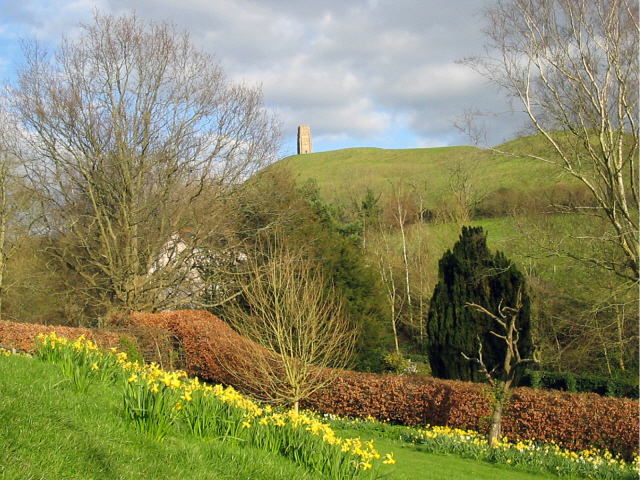 The Tor from Chalice Well Gardens in Spring.