This walk from Ledbury takes you through the Eastnor Castle Estate before climbing into the hills to the east of the town. It's a varied route with woodland sections, open countryside and a climb in the Malvern Hills at the end. The route finishes in Colwall where you can get a direct train back to Ledbury.
The walk starts in the centre of Ledbury next to Ledbury Market House, just south of the train station. It's an attractive town with several tudor buildings including the Market House, built in 1617.You start by following a section of the Geopark Way east out of the town into Conygree Wood, before coming to the village of Eastnor. The route continues through the Eastnor Deer Park, passing above the lake and the 19th-century mock castle. The 300 acre park is a designated Area of Outstanding Natural Beauty and a Site of Special Scientific Interest where a herd of Red Deer graze freely.
After leaving the park you follow footpaths north into the Malvern Hills. You'll pass through News Wood before climbing to Swinyard Hill, Millenium Hill, Hangman's Hill and Herefordshire Beacon using the Three Choirs Way long distance trail. From the 1,109 feet (338 m) summit there are great views over the area. The Beacon is the site of the British Camp Iron Age Hillfort, first constructed in the 2nd century BC. The boundary between Herefordshire and Worcestershire also runs just past the hill to the east.
The route continues to Pinnacle Hill and Jubilee Hill before descending to Colwall railway station on the Geopark Way.
To continue your walking around Ledbury you could pick up the Herefordshire Trail and head north to Bromyard or south west to Ross-on-Wye.
You could also follow the Geopark Way north to Frith Wood and Oyster Hill. 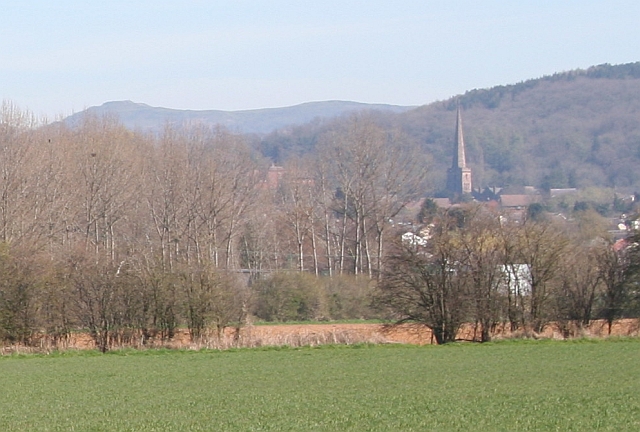 Ledbury Church from the West 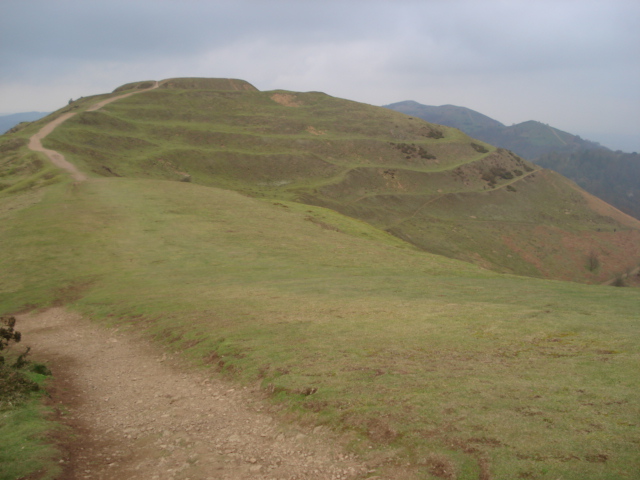 Layers of defences on the Hereford Beacon 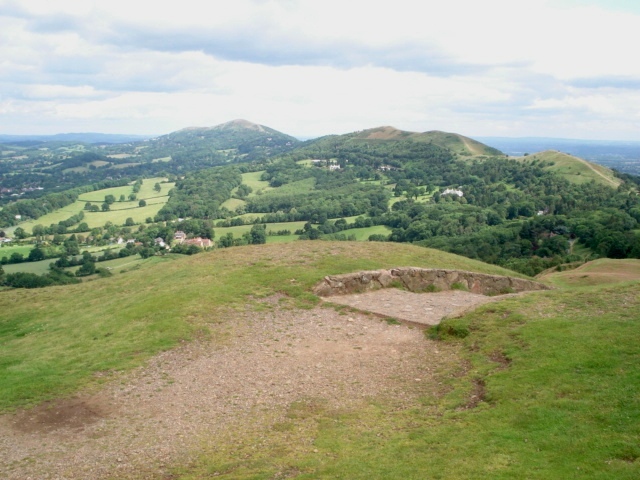 View north from the top of the Herefordshire Beacon