This walk takes you along the coast path from Penzance to Marazion. It's about a 3 mile walk, running along the beach between the two Cornish settlements.
You start off at the train station at Penzance and head east along the waymarked St Michaels Way to Marazion. Here you can pay a visit to St Michael's Mount where you'll find a 12th century medieval church and castle on an island which is reachable from Marazion by a man-made causeway of granite setts, passable between mid-tide and low water. Also in the area is the lovely Marazion Marsh RSPB reserve where you can look out for a variety of wildlife.

The Fire Engine Inn is a good choice for post walk refreshments in Marazion. Inside there's exposed stone walls and wood ceiling beams while outside there's a lovely garden with views to the bay and St Michael's Mount. You can find them on Higher Fore Street at postcode TR17 0BB.

The coast path is a nice one to do with your dog though the main town beach in Marazion has a dog ban during the peak summer months. The Fire Engine Inn mentioned above is dog friendly.

To extend your walking in the area you could visit the nearby Hayle Estuary where there's more great birdwatching opportunites.
For more walking ideas in the area see the Cornwall Walks page.

The inner harbour, Penzance. The fishing boats are all safely moored up in the inner harbour at Penzance, as is the Scillonian III, which has just pulled in alongside the Lighthouse Pier 5 minutes beforehand, after her return trip from the Isles of Scilly. 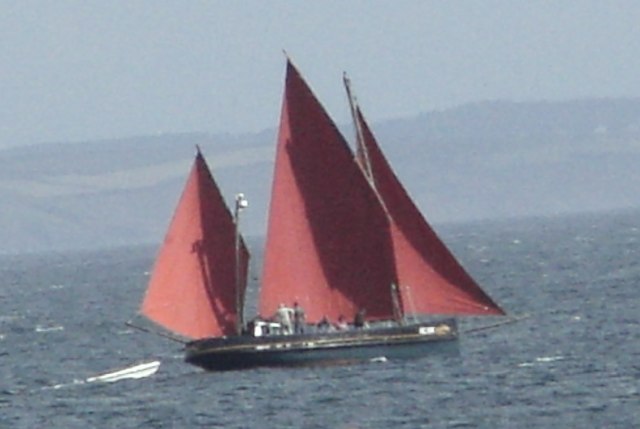 Rocky outcrop, Chyandour, Penzance Rocks on the otherwise sandy beach on what started as a damp and leaden sunday morning in August as we ventured to St. Michael's mount (in the distance) and back. The beach at Long Rock

The Square, Marazion. Where North Street (on the right) meets the Market Place. Behind the girls seated on the bench is an inscribed stone explaining that Marazion means "Thursday Market". 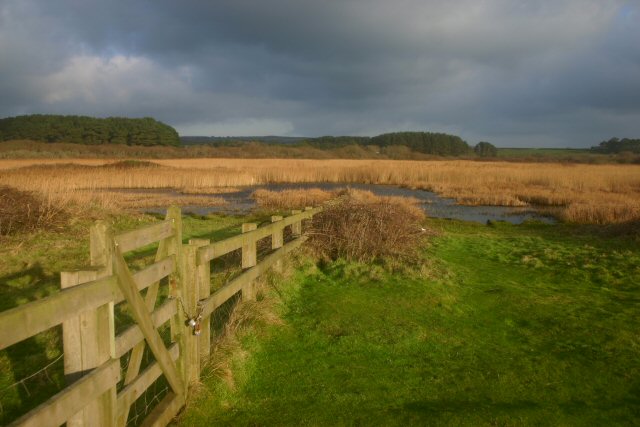 Marazion Marsh. The fence and the locked gate divide the public area on the right (east) from the non-accessible bird sanctuary to the left (west).