Follow the South West Coast Path from the village of Porthcurno to Land's End, the most westerly point of England. It's a splendid section of the coast with fabulous cliff top views and lots of beautiful beaches along the way.
The walk starts in the parking area in Porthcurno and heads to the beach and the wonderful Minack Theatre. The wonderful open air theatre is positioned above a gully with a rocky granite outcrop jutting into the sea.
The path heads west to Rospletha Cliff and Porth Chapel beach at St Levan before coming to the coastal village of Porthgwarra. Here you can walk through a tunnel to visit a delightful little cove.
The next section takes you around Hella Point to Gwennap Head. The headland is a great place for seeing unusual wildlife such as basking sharks and ocean sunfish. It's also favoured by birdwatchers with many travelling the length and breadth of Britain to track rare seabirds. Look out for gannet, Manx shearwater, guillemot, razorbill, fulmar, shag and cormorant as you make your way around the headland.
The route continues north past Port Loe to Pordenack Point, passing the attractive beach and cove at Nanjizal Walk on the way.
From here you continue to the finish point at Land's End.The headland is the start point for the epic Land's End Trail. The waymarked trail runs for over 300 miles from Avebury in Wiltshire, through Devon and Somerset to Land's End in Cornwall. You could also try the Sennen to Lands End Walk which will take you to the pretty little village with its splendid long beach.

Just east of Porthcurno you can pick up the Mousehole to Lamorna Walk. This will take you to the Kemyel Point Nature Reserve and the lovely Lamorna Cove. The secluded cove includes a pebble beach, a quay and a harbour. There's also Lamorna village where there's an intriguing old smugglers pub to investigate.
Just north of Land's End there's the lovely headland of Cape Cornwall where you can visit the historic Botallack Mine and Levant Mine, explore the Kenidjack Valley and visit England's most westerly town at St Just.
For more walking ideas in the area see the Cornwall Walks page. 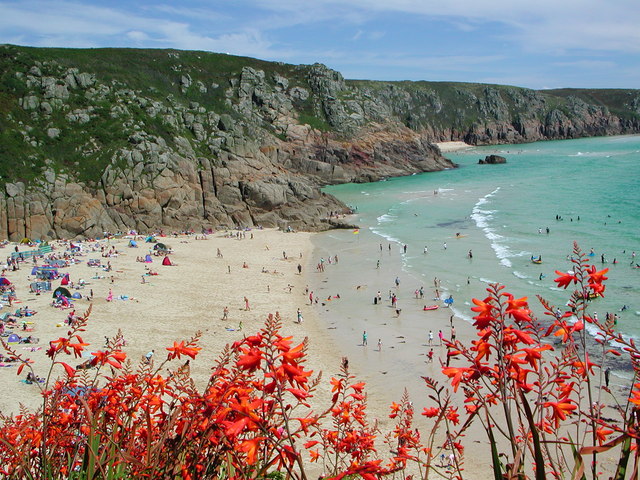 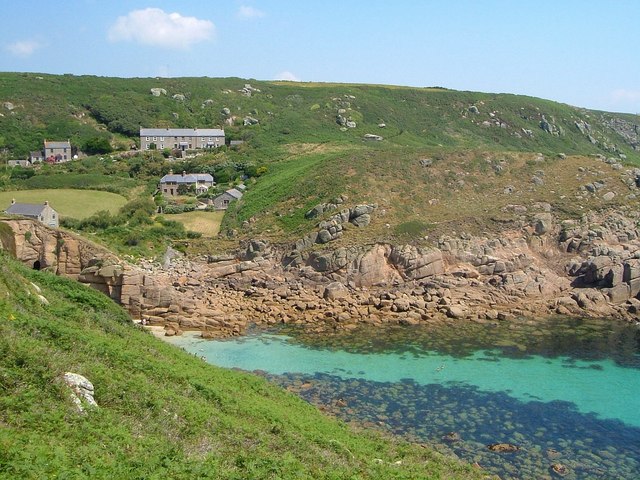 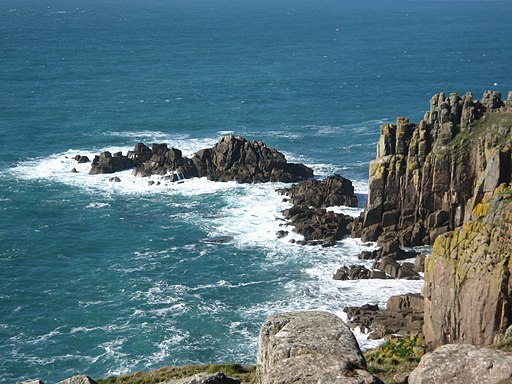