This nice circular walk takes you to some of the highlights around the village of Postbridge in the Dartmoor National Park. The route includes some moderate climbs with wonderful views over the East Dart Valley from the high points. There's also lovely waterside sections beside the East Dart River with some pretty waterfalls to see along the way.
Start the walk from the car park and information centre next to the two famous old bridges. The picturesque clapper bridge was built in the 13th century to enable pack horses to cross the river, carrying tin to theástannaryátown ofáTavistock. From the bridge you head north to Hartland Tor along the East Dart River, one of two main tributaries of theáRiver Dart. After about 2 miles the river bends round to the west, with the pathway taking you along some lovely waterfalls.
The route then turns south to take you across some pretty moorland scenery on Broad Down. You'll pass Braddon Lake and an ancient settlement on Chittaford Down before returning to the car park.
To continue your walking around the village, just head a short distance to the south to explore Bellever Forest. There's nice woodland trails, more ancient stone circles and a climb to Bellever Tor to enjoy here.
Also reachable from the car park is the fascinating Bronze Age hut circle at Grimspound and a pleasant waterside trail around Fernworthy Reservoir.
The long distance River Teign Walk and Lych Way ancient path, also run past the village.

One of the highest pubs in England is located in the area and well worth a visit for refreshments. The 19th century Warren House Inn is one of the most famous on Dartmoor, sitting in an isolated position some 1425ft (434m) above sea level. áOriginally built to serve the busy local tin mining community, the Inn was always a favourite haunt with miners from the neighbouring Tin Mines, including Golden Dagger, Vitifer and Birch Tor Mines. From the elevated position of the inn there are breathtaking views over the area. Indoors there's a cosy interior with oak beams and open fires. They do great food and are also dog friendly. The Warren House Inn lies at the very centre of Dartmoor between Moretonhampstead and Princetown on the B3212 with a postcode of PL20 6TA. 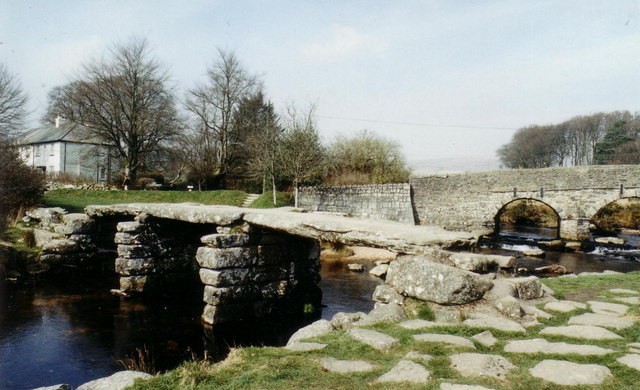 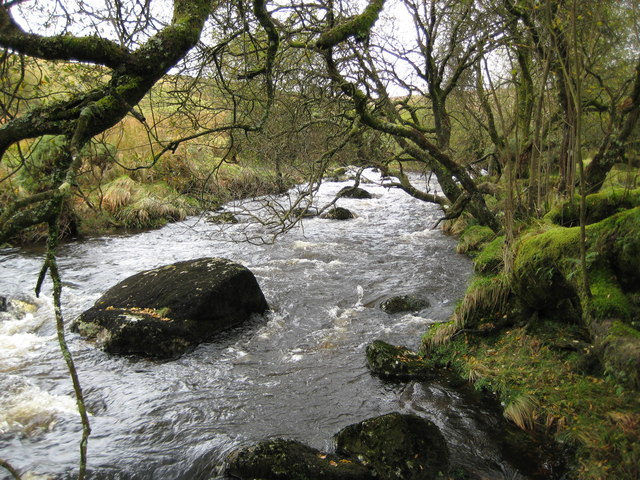 Waterfall on the East Dart River

Path over Broad Down