This walk from the town heads through the countryside to visit the historic town of Ironbridge on the River Severn. On the way there's an easy climb to a pleasant viewpoint located just to the south of the town.
The walk starts from train station and follows roads south through the town. You then pick up footpaths to climb to Lodge Hill. It's a small hill but there are still some nice views over the town and the surrounding countryside to the nearby Wrekin hill.
You then descend Lodge Hill to pick up the Monarch's Way. Follow the waymarked trail south west and it will take you to Kemberton before coming to the river at Coalport. Here you'll pass the pretty Coalport Canal and the interesting Coalport China Museum which is well worth visiting if you have time.
At Coalport you can pick up a section of the Severn Way and follow it west along the river to Ironbridge. The town takes its name from, The Iron Bridge, a 100-foot (30 m) cast iron bridge that opened in 1781. It includes The Ironbridge Gorge, formed by a glacial overflow from the long drained away Lake Lapworth, at the end of the last ice age.

The White Hart in Shifnal is a good choice for some post walk refreshments. The traditional pub has a good menu and selection of ales. Outside there's a beautiful garden with a view of the river and a pretty iron bridge. You can find the pub on the High Street at postcode TF11 8BH for your sat navs. They also have their own car park.

The country paths and riverside trails make for a fine dog walk. The White Hart pub mentioned above is also dog friendly.

At the end of the route you could pick up the circular Coalbrookdale and Ironbridge Gorge Walk which visits the fascinating Coalbrookdale Museum of Iron before exploring the woodland trails in the gorge.
The town is close to Telford so you can easily pick up the Telford Walk. The route uses the Silkin Way and the Ironbridge Way to create a circular walk around the town on good waymarked footpaths. Also nearby is the lovely Granville Country Park where there more nice trails to try.
Just a mile south of the Iron Bridge you can pay a visit to the historic Benthall Hall. This National Trust owned hall dates from the 16th century and includes some beautiful gardens. You can tour the fine house and learn all about the interesting family history which dates back to the doomsday.
To the south there's a bit of a hidden gem at Badger Dingle. There's a delightful little wood here with a brook, pools, sandstone outcrops and a rushing waterfall to admire.
In nearby Albrighton there's the 12th century Norman church and the Donington and Albrighton Nature Reserve where you can look out for lots of wildlife in the village.
For more walks in the area see the Shropshire Hills Walks page. 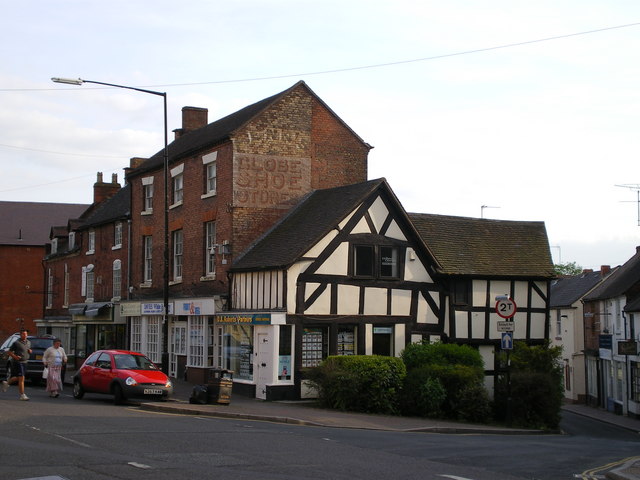 Shops in Shifnal. These are on the junction of Bradford Street and Church Street, and stand directly opposite Naughty Nell's inn. The brick gable end of the taller building proudly advertises the Globe Shoe Stores, which has long since departed from the town.

View Looking south from near the Trig Point.

A dog climbing George's Steps, Lodge Hill. These were built to reduce erosion on this popular footpath, and are now dedicated to the memory of the late George Wilcox, a former member of the Shifnal Pathfinders group. 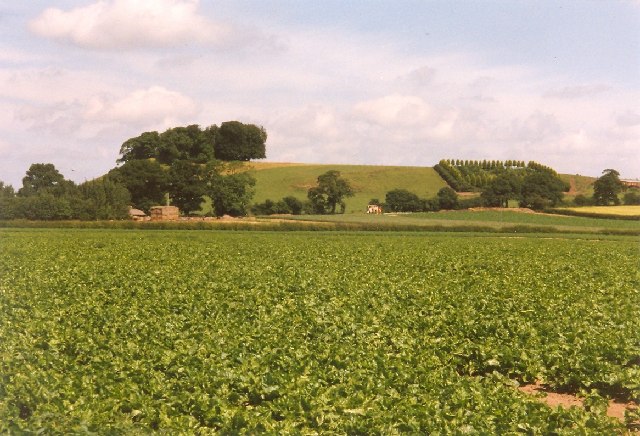 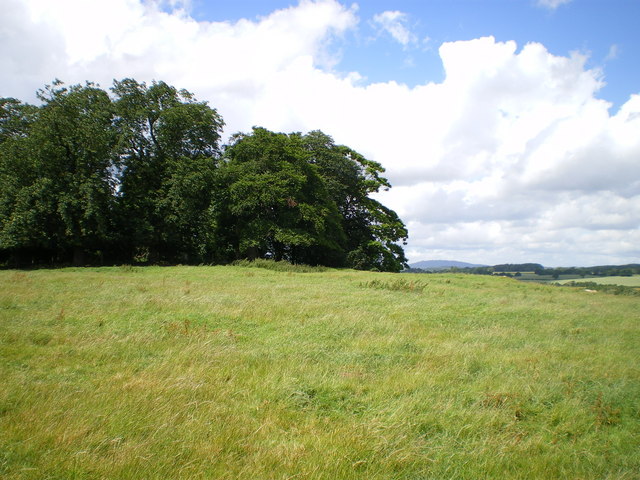 Lodge Hill to The Wrekin. From the copse on the top of Lodge Hill, with the trig point hidden in the trees, you can see right over to The Wrekin about 6 or 7 miles away the other side of Telford. 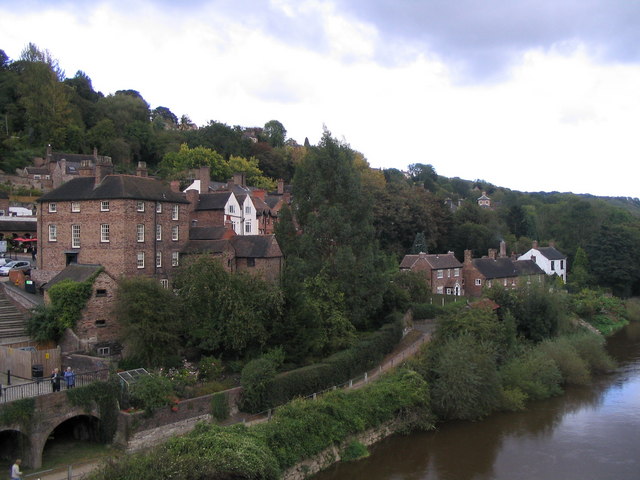 Ironbridge Buildings on the north bank of the River Severn, as seen from the Iron bridge 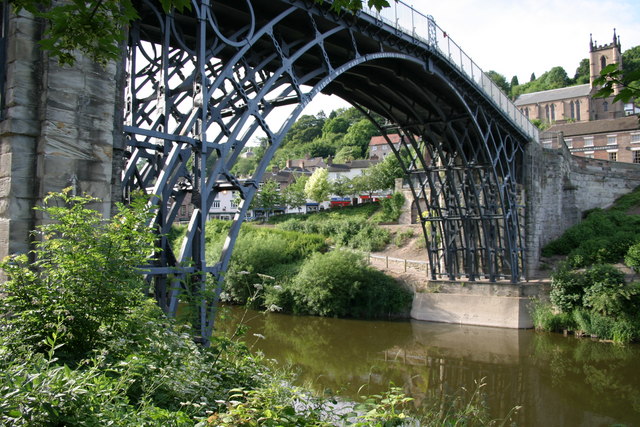 Ironbridge and Church, Ironbridge, Telford The famous iron bridge at Ironbridge near Telford with a view up to the church