This coastal Somerset town is in a great spot for exploring the nearby Exmoor and Quantock Hills AONB.
The town has an interesting maritime history with many old buildings including two museums and an ancient 16th century inn. There's also two beaches including Helwell Bay where you can go fossil hunting.
This circular walk starts at the harbour and then heads west along a section of the West Somerset Coast Path. You will pass the Iron Age fort Daw's Castle and Cridland's Copse before coming to Home Farm. Here you can pick up the Monk's Path to Home Farm Blue Anchor and follow it south east to Old Cleeve and the neighbouring village of Washford. The walk then picks up the route of the Old Somerset Mineral Railway, following it north along the Washford River to Watchet.
To extend the walk you could continue west along the coast path Dunster beach where you can also visit the historic Dunster Castle.

TA23 0AN - Please note: Postcode may be approximate for some rural locations

Pebbles Tavern is a great choice for fans of real ale and cider. The pub has won many CAMRA awards for Cider Pub of the Year including 2020 and in 2015 was the 'runner-up' National Cider Pub of the Year. You can find them on Market Street at postcode TA23 0AN for your sat navs.
There's also the 16th century Bell Inn, the oldest pub in the town. They are located just 100 yards from Watchet's picturesque Marina at postcode TA23 0AN.

The coast and country trails make for a fine dog walk. Both the Pebbles Tavern and the Bell mentioned above are also dog friendly.

The Channel to Channel Walk starts/finishes at the harbour in the town. The long distance route takes you from the English Channel to the Bristol Channel, through some lovely Devon and Somerset countryside. You could follow the trail south to visit Williton where you can pick up the Macmillan Way West.
If you head west to Minehead you could pick up the epic South West Coast Path which starts/finishes here.
Head a few miles east along the coast and you could explore Kilve Beach and East Quantoxhead. The beach is a great place for fossil hunting and walks along the cliff top path. There's also a lovely cafe for cream teas and a 17th century coaching inn in Kilve village.

Watchet Harbour was a commercial port until 2000. Since then it has been redeveloped as a marina with the addition of a tidal lock gate. Samuel Taylor Coleridge's poem The Rime of the Ancient Mariner which was written in the area is commemorated by a statue on the harbourside. The Coleridge Way walking trail can be picked up to the south near Williton. The long distance trail explores the area associated with the famous poet. 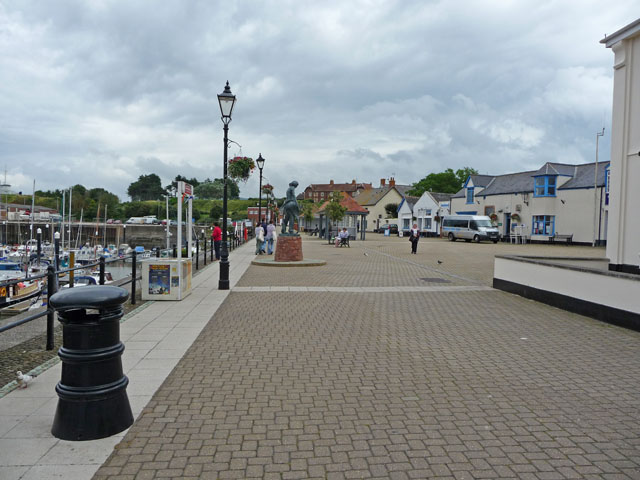 The Esplanade. The current appearance of the Esplanade, alongside the previously shown Harbour dates from 2007/8 when improvement were made including new paving, lighting, benches and railings. The town has some interesting geology and lots of wildlife with Peregrine Falcons, Oyster Catchers and Egret often spotted in the area. 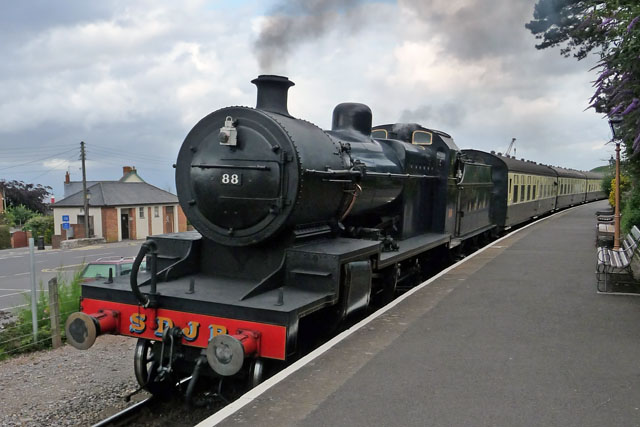 Looking down on Wansborough Papermill

Sandstone meets limestone. On the right; sandstone. On the left; limestone. Both rock types are being eroded by the sea here, but the limestone falls in larger, more dramatic blocks. 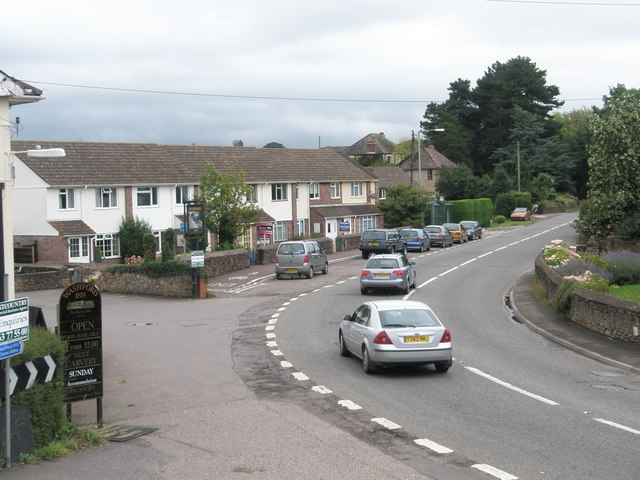