This nice waterside stroll follows the River Brain through the Essex town of Witham.
The route runs for just under 2 miles on flat footpaths from Chipping Hill to the Whetmead Nature Reserve.
The walk starts on Chipping Hill Bridge which is a short hop from Witham railway station. You then follow a nice surfaced path south to the nature reserve where you can see the confluence of the River Brain and the River Blackwater. The site includes grassland, scrub, woodland and lots of wildflowers. There's also wildlife including a range of butterflies, dragonflies and seed-eating birds. Mammals include wood mice, bank voles and pygmy shrews.
The John Ray Walk also starts in Witham, near to Chipping Hill. You can pick up the trail at the train station and follow it in the other direction toward Braintree. The trail takes you through the delightful countryside of the Brain Valley, the birthplace and home of naturalist John Ray.
The Blackwater Rail Trail also starts in Witham. The shared cycling and walking trail will take you to Maldon along a disused railway line.

Just to the east you could pay a visit to the large village of Tiptree. There's some nice trails here around the Tiptree Heath Nature Reserve where there are some interesting plants and Exmoor ponies to see.
A few miles to the west is the village of Terling. Here you'll find a ford on the River Ter, an old windmill, a cricket pitch and lots of picturesque cottages around Church Green.
Just to the south is the pleasant neighbouring village of Wickham Bishops where you'll find an ancient 11th century church and an unusual old wooden railway viaduct.
For more walking ideas in the area see the Essex Walks page. 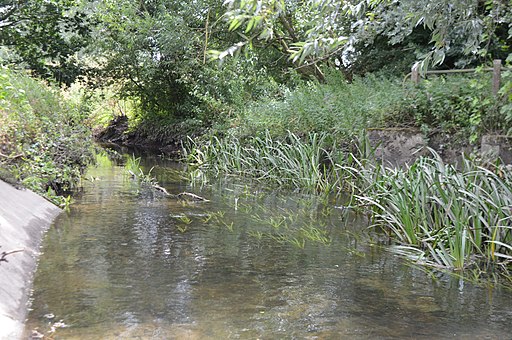