Cross the western side of the Isle of Wight from north to south on the Freshwater Way trail. It's a 3.5 mile walk taking place on generally flat paths along the pretty estuary of the River Yar.
The walk starts in Yarmouth near to the main parking area and the tourist information centre. Follow the path west over Yar Bridge with nice views of the boats in the harbour. At Norton Spit, turn south and follow the path to Kings Manor Farm. Just before you reach the farm you have the option of taking a detour and heading west to Norton Green and Golden Hill Country Park. There's some nice woodland trails and attractive parkland surrounding aáformer Victorian fort.
The final section of the walk heads through Easton before finishing at Freshwater Bay where there is a nice beach and cliff views.
Around Afton Manor the path splits to give and alternative route heading to Afton Down and Compton Bay. This section involves more climbing so a reasonable level of fitness is required.
The Isle of Wight Coast Path is directly accessible at either end of the route. You can pick up the coastal trail to further explore the island. Just to the east you can also pick up the Hamstead Trail and Tennyson Trail.

In Yarmouth pay a trip to the English Heritage owned Yarmouth Castle. This artillery fort was built by Henry VIII in 1547 to protect Yarmouth Harbour from the threat of French attack.áThese days it's a lovely spot to enjoy a picnic and enjoy fine views across the Solent.
For more walking ideas in the area see the Isle of Wight Walks page. 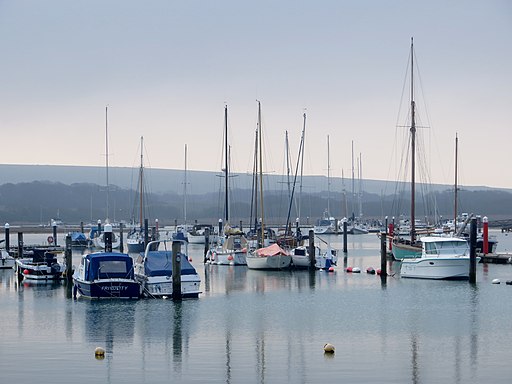 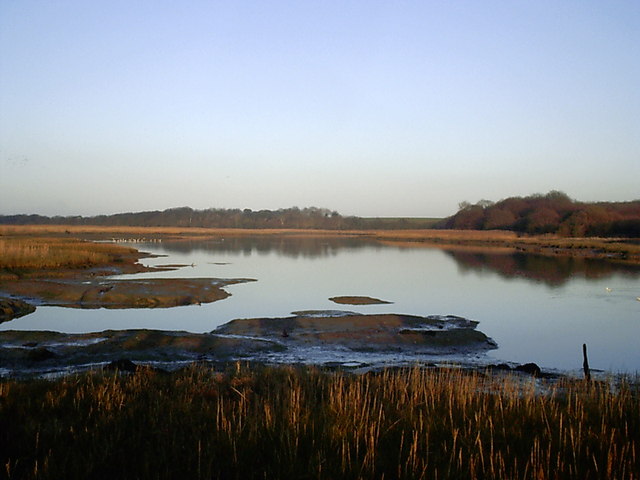 River Yar at dusk. Looking across the River Yar on the Isle of Wight from the footpath which runs between Yarmouth and Freshwater, on a winter's afternoon at dusk.

Freshwater Bay. Looking along the beach from the terrace of the Albion Hotel. The bay sits at the western end of the region known as theáBack of the Wightáor the West Wight which is a popular tourist area. It is banked by some impressive steepáchalkácliffs. The village is also noteworthy as the birthplace ofáphysicistáRobert Hookeáwho, using a microscope, was the first to visualize a microorganism. It is also notable as the home ofáPoet LaureateáAlfred Lord Tennyson. áHe was theáPoet Laureateáduring much ofáQueen Victoria's reign and wrote the famous poem "The Charge of the Light Brigade".