Enjoy a stroll around Inchmahome Island on Lake Mentieth and explore the fascinating Inchmahome Priory.
You can catch a boat to the island from the Port of Mentieth in the summer months. It's a special place where you can enjoy a stroll around the 13th century ruins of the priory before heading into the surrounding woodland. The ruins include cloister buildings, a church and a chapter house with a collection of stone memorials, including one of a 13th-century couple in a loving embrace. There's also a variety of wildlife to look out for and fine views across the lake to the other islands. Inchmahome Priory is located just a few miles east of Aberfoyle.
The island has a fascinating history too. In the 16th century Mary Queen of Scots was brought to Inchmahome for her safety, when an English invasion looked likely.
If you would like to extend your outing then you could visit Loch Achray, Loch Venachar and Loch Drunkie in Queen Elizabeth Forest Park.

FK8 3RA - Please note: Postcode may be approximate for some rural locations

The epic Rob Roy Way can be picked up just west of the lake. It follows in the footsteps of the famous Scottish folk hero and outlaw of the early 18th century.
Just to the north east there's the tranquil Loch Rusky and the Torrie Forest to explore.
To the east there's the Flanders Moss National Nature Reserve where there's a fine boardwalk and a huge variety of flora and fauna to see.
For more walking ideas in the area see the Loch Lomond and the Trossachs Walks page. 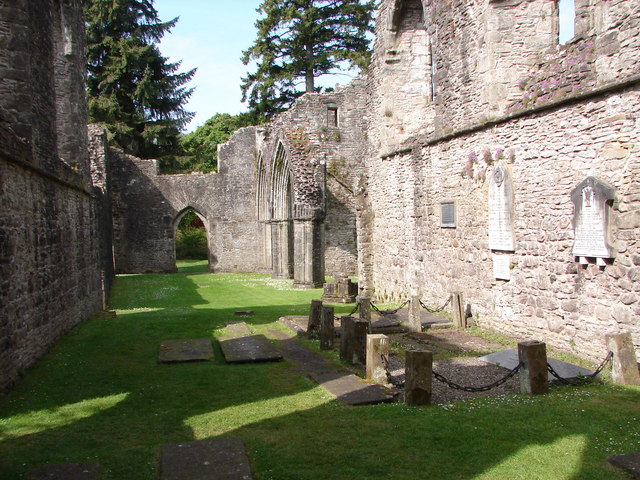 Port of Menteith. This view of the village is taken from the end of the pier from which passenger ferries go to Inchmahome Priory. To the right of the church is the mooring area for the many boats which use the lake for angling. This is the only large body of water in Scotland called a lake, not a loch. It is also the location of large curling conventions (bonspiels) when the lake freezes over sufficiently. The hill in the background is Craig of Port which follows the Highland Boundary Fault line. 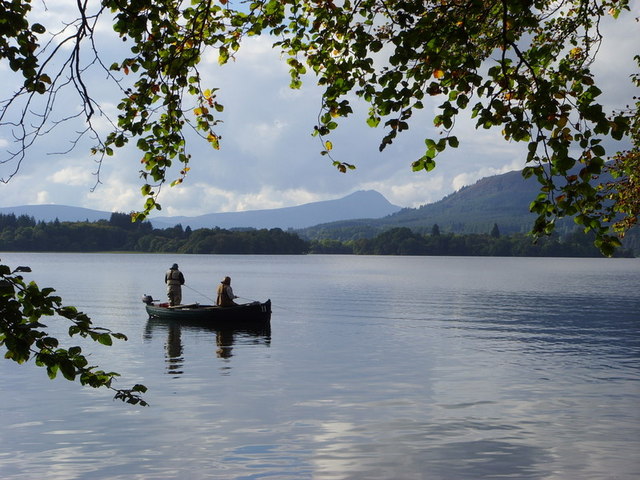