This circular walk starts and finishes in Witton Park near Blackburn. It's a lovely walk taking you first along the River Darwen and then past the 16th century Hoghton Tower before coming to the picturesque Belmont Reservoir. There are splendid views of the 1496 ft high Winter Hill on this section.
At Jumbles Reservoir in Jumbles Country Park you will turn north passing Entwistle Reservoir and Wayoh Reservoir before climbing Darwen Hill where you will find Jubilee Tower. You can climb the 85 ft high tower for some splendid views of North Yorkshire, Morecambe Bay, Blackpool Tower, Cumbria, and the Isle of Man. This section also passes the pretty Roddlesworth Reservoir, Abbey Village Reservoir and Rake Brook Reservoir which are surrounded by nice woodland trails. The route finishes passing the town of Darwen and then descending into Witton Country Park.

The Black Dog in Belmont village is a nice place to stop on the route. The fine country pub has an interesting history having been opened back in 1825. The original building was first used as a village courthouse in the 1700s and later as a farmhouse. It has a fine interior with cosy snugs, raised areas, coal fires and traditional features. At the back of the pub there’s a sun-trap beer garden and part-covered courtyard. It's an ideal place to relax in after your walk if the weather is good. They also provide accommodation if you need to stay over in the area. You can find the pub in the village on Church Street with a postcode of BL7 8AB. It's located very near to Belmont Reservoir and Ward's Reservoir which makes for a nice stroll after your meal. 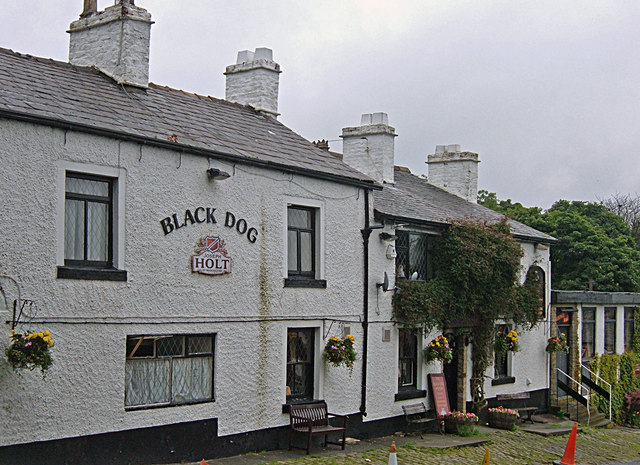 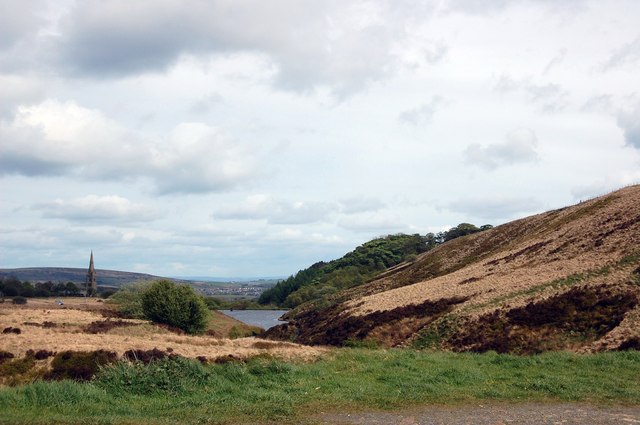 Pictured above: the Black Dog and Ward's Reservoir in Belmont.

The Strawbury Duck is also right on the route in Entwistle. It's one of the area's landmark pubs and well worth stopping at for a drink or meal. There's an appealing interior with old beams, an open fire, numerous pictures on the wall, comfy chairs & a cosy, welcoming atmosphere. Outside there's a nice beer garden for warmer days. You can find it close to the train station on Overshores Rd with a postcode of BL7 0LU for your sat navs.

Pictured above are the Strawbury Duck Pub and the adjacent Entwistle Reservoir. Two highlights on the route.

On the route you'll pass Turton Tower near Jumbles Reservoir in Bolton. This historical landmark dates back to the Middle Ages and includes pleasant grounds with woodland and pretty gardens. There's also a delightful tea room with a terraced garden where you could stop off and rest for a while.
Hoghton Tower is located near the start of the walk and one of the highlights on the route. The fortified manor house dates from the 16th century and takes its name from the de Hoghton family, its historical owners since at least the 12th century. It's open to the public on certain days and includes lovely grounds and gardens to explore.
For more walking ideas in the area see the West Pennine Moors Walks page. 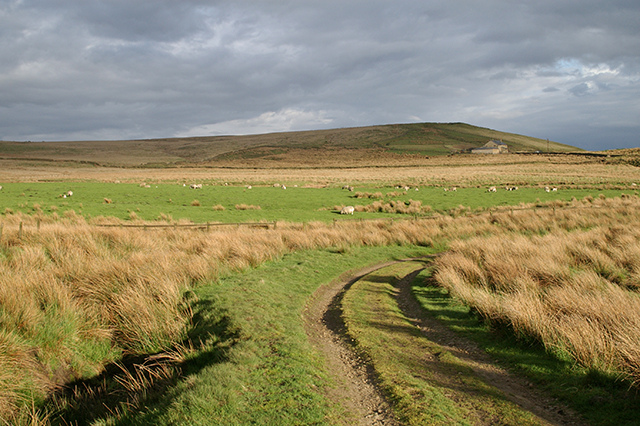 On the path looking back towards Lower Pasture Barn Farm and Catherines Edge.

Weaving its way towards Witton Park. Photo taken from the Priory graveyard. 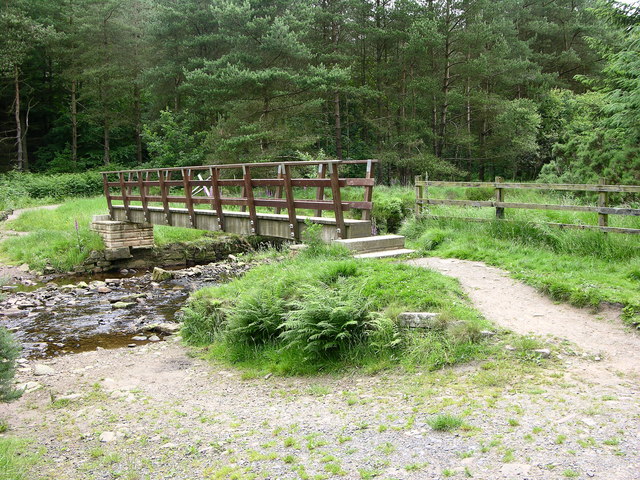 A picturesque footbridge near Entwistle Reservoir

Stile on Witton Weavers Way. This stile is on the very edge of the grid square and the view is generally of the land in SD6617/SD6717. The stile gives access to a 200-metre length of footpath down to Belmont Road.

Turton Tower. This historic house is on the trail near Jumbles Reservoir in Bolton.

Overflow on Wayoh Reservoir. The trail passes right along the eastern side of this pretty reservoir near Bolton. Originally built in 1876 to supply water to Bolton, Wayoh Reservoir was increased in size in 1962. The overflow is clearly part of the later development.