This country park is located in Dunfermline and is very popular with water-skiers. However there are also walking trails alongside Town Loch and a cycle trail on the eastern edge of the park. The loch is surrounded by some really pretty countryside and there are also facilities such as a children's play area and a croquet lawn.

KY12 0HT - Please note: Postcode may be approximate for some rural locations

To continue your walking around Dunfermline head west of the town centre to Pittencrieff Park. The park includes a rugged glen which is an area of topographical and historical significance to the town as the original site of Malcolm's Tower, the probable remains of which can be identified today on a strongly defendable outcrop of rock. To the eastern side of the park is Dunfermline Palace with Dunfermline Abbey and to the west it overlooks the village of Crossford. The park houses an aviary which is home to 9 resident peacocks. It is also the site of the town park run. You can find it at postcode KY12 8QH.
Also near the town are two more fine country parks to visit. Gartmorn Dam Country Park and Lochore Meadows Country Park and Loch Leven all have some fine waterside walking trails to try.

Townhill Loch. The loch is the home of the Scottish National Water Ski Centre. 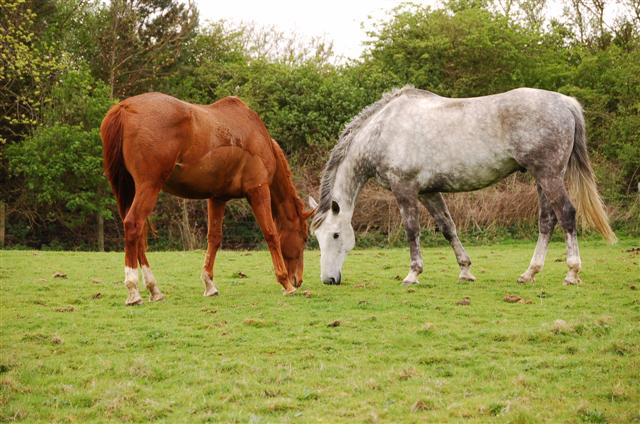 Horses in the park