This 10 mile circular walk takes you along the River Stour before visiting several local woods near the city. It uses sections of the Stour Valley Walk, the North Downs Way and the Canterbury Centenary Walk to take you on a tour of the countryside to the west of the famous cathedral city.
The area is in the lovely Kent Downs with scenery including arable farms and apple orchards. The riverside paths are particularly lovely, with bodies of water including Swan Lake and Tonford Lake, other route highlights.
The walk starts in the town centre, near the tourist information centre and Canterbury West train station. You then follow the waymarked Stour Valley Walk in a south westerly direction, passing Bingley's Island and Hambrook Marshes. You continue past Tonford Manor, Howfield Farm and Milton Manor Farm, where you have the option of taking a small detour to visit the Larkyvalley Wood Nature Reserve. There's nice footpaths through the woods, which include spectacular displays of wildflowers from March to May, including many species of orchid.
After leaving the woods, the route continues to the village of Chartham. Located on the river, the pretty village includes a 1930s paper mill and a church which dates from the 13th century.
After passing through the village the route turns north, crossing the river and heading towards Fright Wood and Nickle Farm. You then head east towards Petty France and Chartham Hatch along a section of the North Downs Way. This takes you past No Man's Orchard which covers 4 hectares (10 acres) and comprises approximately 152 mature Bramley apple trees and 45 pollinators (Howgate Wonders, James Grieve, Worcesters). The orchard consists of some of the largest apple trees in the Canterbury District with wonderful blossom in April and May.
After exploring the pretty orchard you continue through woodland to Bigbury Camp,  the only confirmed Iron Age hill fort in east Kent. Bigbury Camp was occupied from about 350 BC and was abandoned around 54 BC, when it was stormed by Roman soldiers of the Legio VII Claudia under the command of Julius Caesa.
The final section takes you past Harbledown before returning to the city centre.

To continue your walking in the Canterbury area you could head to the splendid Blean Woods National Nature Reserve. Where there's miles of cycling and walking paths in the expansive ancient woodland. The reserve is located just to the north west of the city.
If you head east along the Stour from the city, you can visit the lovely Stodmarsh National Nature Reserve which boasts the largest reedbeeds in the South East of England. This area also includes the lovely Grove Ferry Walk which starts at the eastern end of the reserve. Grove Ferry is a popular spot for starting walks in the area. You'll find a car park, picnic area, boat trips and a fine riverside pub here. At the western end of the reserve you'll also find the Westbere Marshes and the noteworthy town of Fordwich. Fordwich is notable as Britain's smallest town and also has a great pub with a dining terrace overlooking the Stour.
To further explore the Kent Downs AONB you can use the Elham Valley Way which also starts in Canterbury. Follow it south to explore the worthy village of Barham with its 14th century church and Grade I listed 17th century Broome Park.
For more walking ideas in the area see the Kent Walks and the Kent Downs Walks pages. 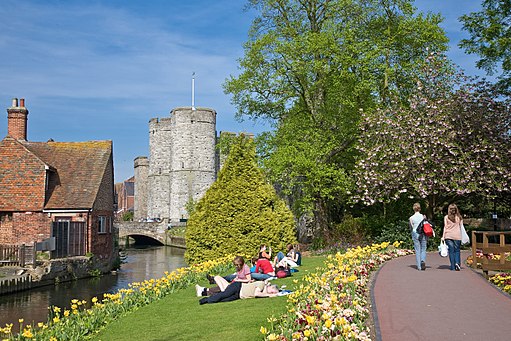 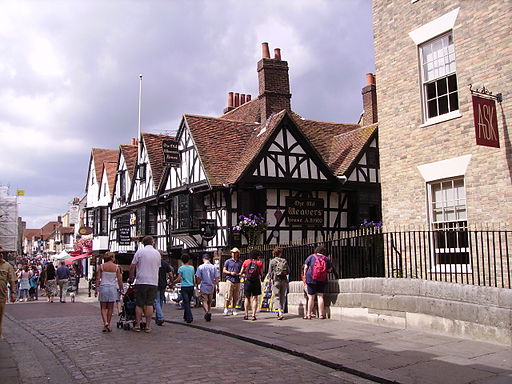 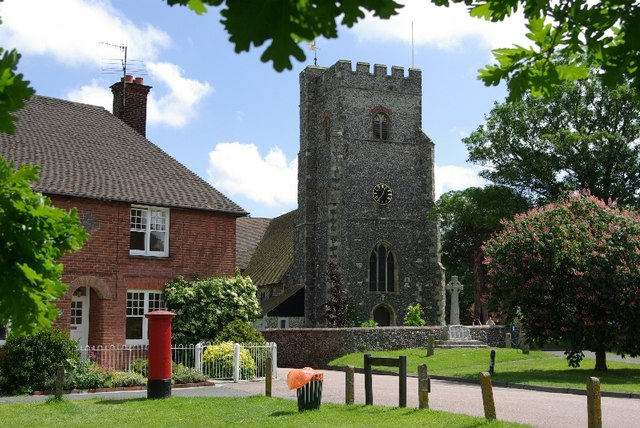 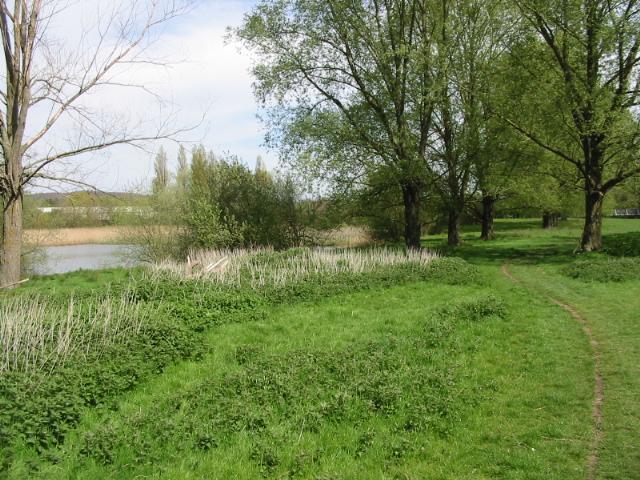 Along the Stour near Chartham 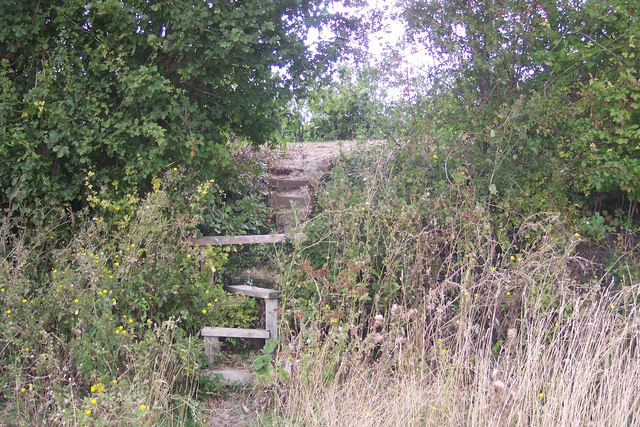 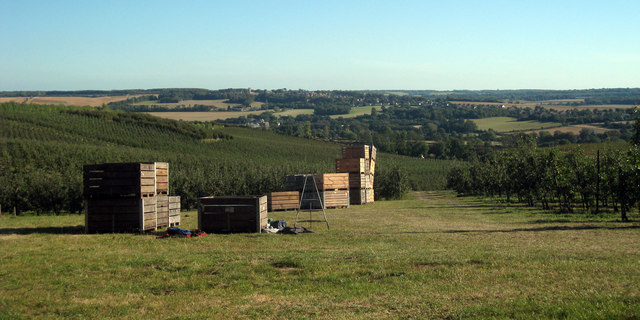 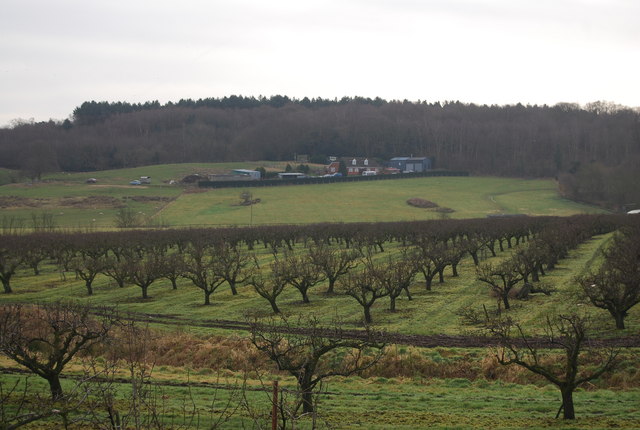 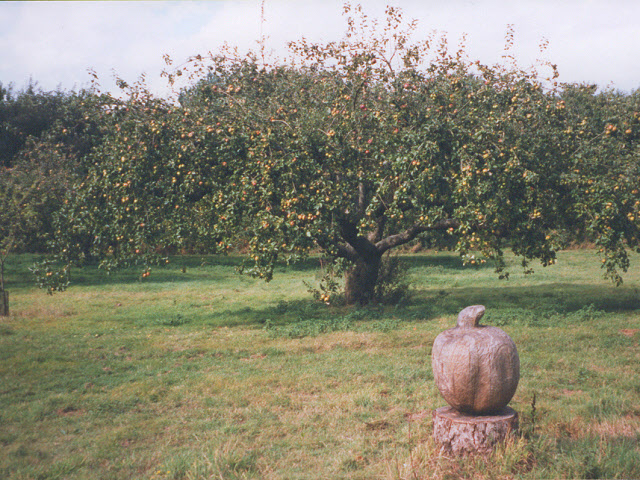