Enjoy a circular walk around the parkland of this historic mill village in Derby. In the park there's a nice lake and footpaths along the River Derwent on the eastern side. There's also a cricket field and some lovely gardens to see. Notably, Darley Park is home to largest collection of Hydrangeas in Britain, and the third largest in the world. The area forms part of the wider Derwent Valley Mills World Heritage Site. Throughout the 17th and 18th centuries, a series of water powered mills – for corn, flint, leather and paper – were developed on land between Darley Street and the west bank of the River Derwent. You can explore Darley Abbey village to see the old Boars Head Mills today. There's also the 18th century cottages built for mill foremen and their families which are the oldest surviving example of "cluster" housing in England.
The village's noteworthy history stretches all the way back to the 12th century as it was the site of the Augustinian monastery of Darley Abbey. There are only two remaining buildings from the monastic period. One is now the Abbey Pub (also known as the Abbey Inn), a Grade II* listed building. Constructed in the 15th century, it is thought to have been part of the Abbot's residence. The other monastic survivor makes up part of a private dwelling on Abbey Lane.
After your walk enjoy refreshments in the Darley Park Tearooms. These occupy the old school building, that was once part of the mansion, and include a terraced area with views across the park and the city beyond.
To continue your walking around Derby head south from the village and pick up the Derby Canal. Elvaston Castle Country Park is also nearby and includes a lovely lake and nice woodland trails. 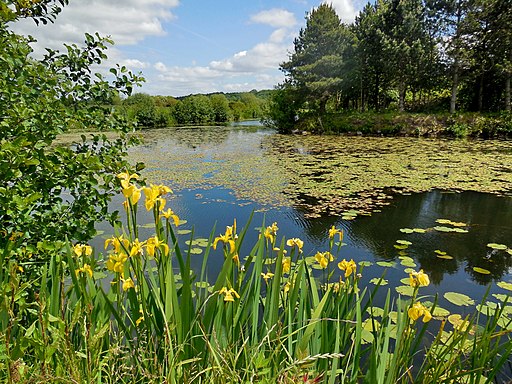 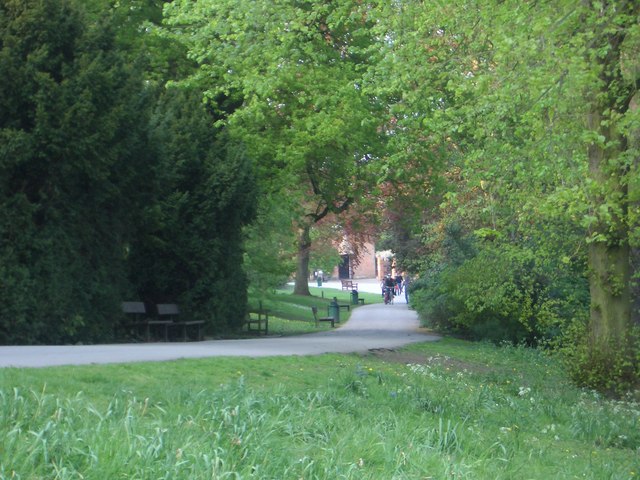 Path through Darley Park towards Tea Rooms. The Tea Rooms are in the only part of the old Darley Hall to remain standing. After it was vacated, the Hall was used as a boys school for a while and then demolished. 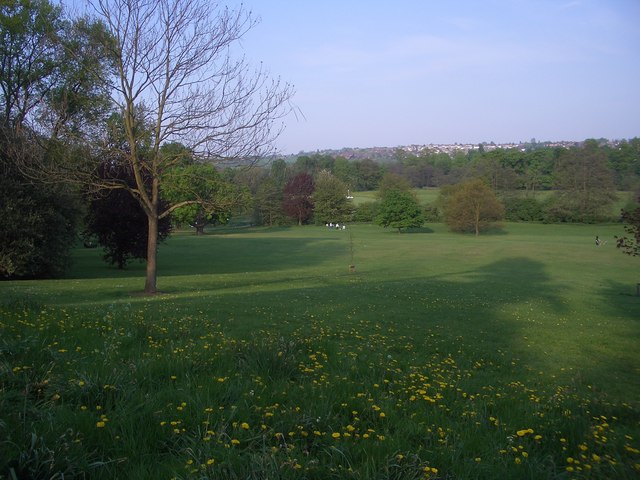 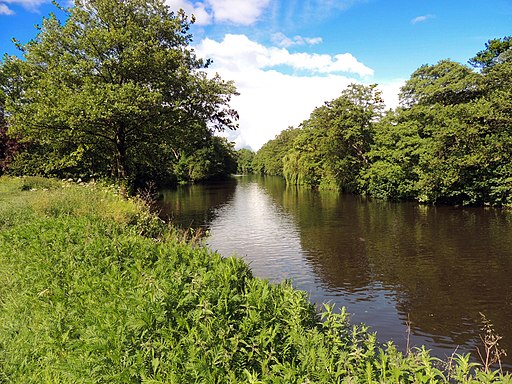