These woods near Arundel have good mountain bike trails and some nice footpaths to try. You can park at the Whiteways Countryside car park, just off the A29 at the south eastern end of the forest. From here you can pick up the trails heading north west through the woods. You could also follow either the Monarch's Way or South Downs Way from the village of Houghton. You can also extend your walking in the area by continuing along either of these long distance trails or the Midhurst Way which also passes through the forest.

BN18 9FD - Please note: Postcode may be approximate for some rural locations

In Arundel head to the St Mary’s Gate Inn. The pub has a fascinating history having been built in the 26th year of the reign of Henry VIII in 1525.  The two other letting rooms which have been part of the building since the 16th century housed Oliver Cromwell and his guardsmen during the mid-1600. The pub has a great menu, good selection of ales and a cosy log fire. You can find it near the castle on London Rd at Postcode BN18 9BA.
The Red Lion on the High Street is another great option. This one dates back to the 18th century and includes a large beer garden to relax in. You can find it at postcode BN18 9AG.

Houghton Forest. Bridleway passing along the western edge of the thickly wooded forest, a mixed wood.

The Beeches keep out both summer sun and winter rain. 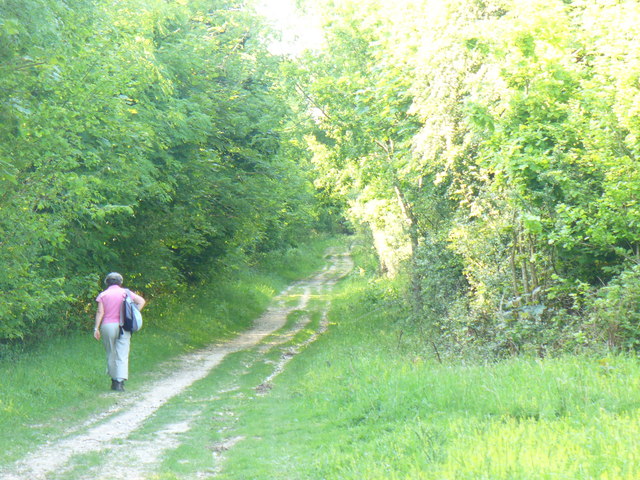