A circular walk from Lapworth which follows nice sections of the Stratford Upon Avon Canal and the Grand Union Canal. You'll also visit the moated manor house at Baddesley Clinton and the tudor Packwood House.
The walk starts in the small Warwickshire village of Lapworth which lies about 10 miles north west of Warwick. From here it is a short stroll to the Stratford Canal which you can follow east to Kingswood Junction where it joins with the Grand Union Canal. The route leaves the canal here to take a short detour along the Heart of England Way to Baddesley Clinton. The fine moated manor house includes blubell woodland trails in the adjacent Hay Wood, a lake and a walled garden.
After exploring the house the walk returns to the Grand Union Canal which you follow north to Rising Bridge and Turnover Bridge where you leave the canal. Follow public footpaths south and then west through the countryside and you will soon come to Packwood House. The interesting tudor house is surrounded by grounds which include a lovely park with a lake, pretty gardens, fine topiary and woodland.
After leaving the house you follow a series of footpaths and country lanes to return to Lapworth. 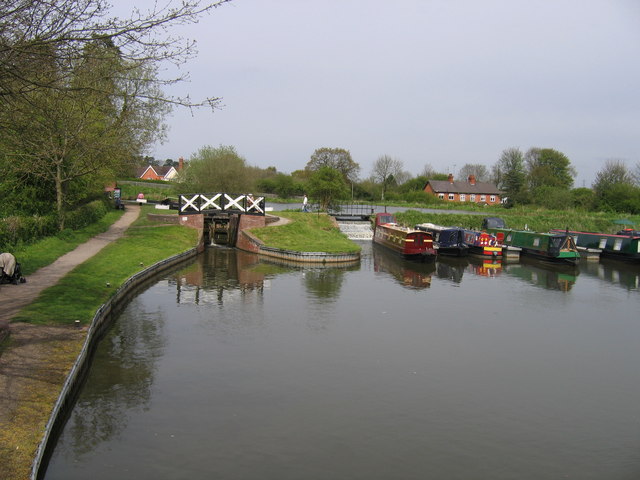 Stratford Canal at Lapworth Junction. Alongside several of the locks in this long flight, the canal has been widened into small reservoirs to help conserve water, though judging by the flow over the weir in the centre of the picture, there is plenty of water coming down the canal. The junction reservoir forms a convenient base to moor private narrowboats between trips. 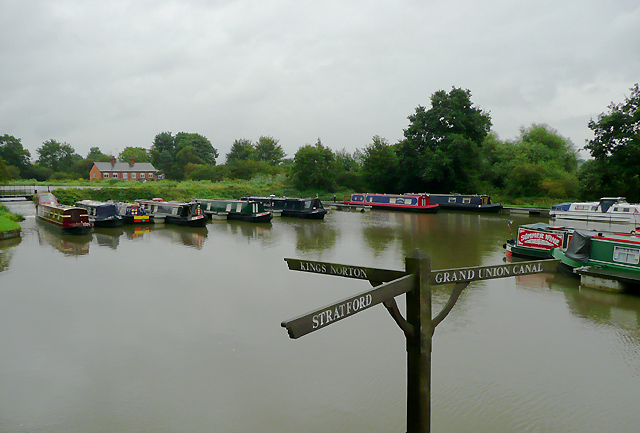 Marina below Lapworth Locks No 19, Warwickshire A large basin above the Lapworth Link Canal to the Grand Union Canal has been converted into a marina.

Lapworth Locks No 7, Stratford Canal, Warwickshire. There are 26 locks in the Lapworth flight. On the Stratford Canal, the former stop lock at King's Norton was numbered 1, so Lapworth Top Lock is actually No 2. The 26 locks alter the water level by 158 feet 6.5 inches ( about 52 metres). Bridge No 32 is also seen here. 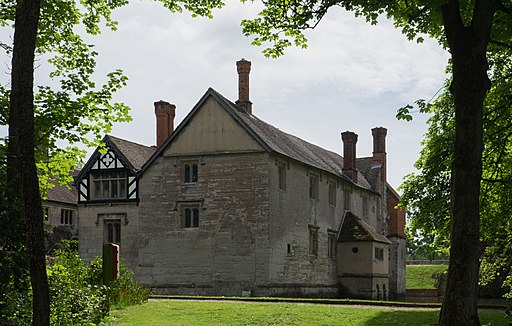 Rising Bridge, Grand Union Canal. With a rare example of a broad beam craft making use of the full width of the canal, as far as Samson's Lane in Birmingham at least! 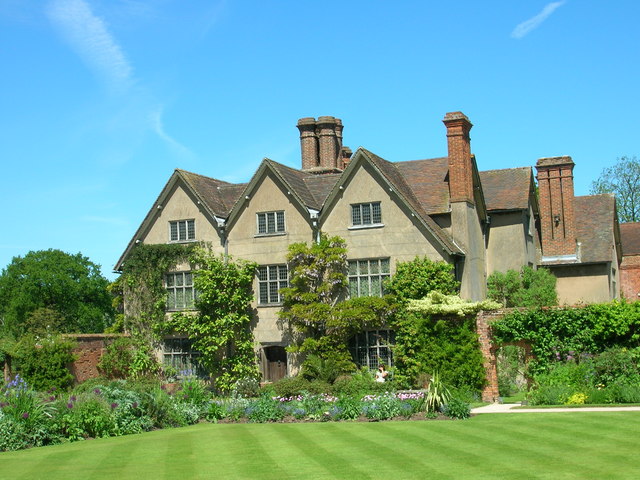 Packwood House. A much restored Tudor property in the care of the National Trust. 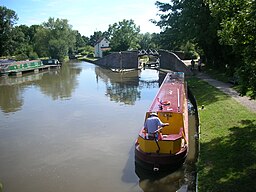