This circular walk explores Reigate Hill and Gatton Park in the North Downs. It's a great area for walking with the North Downs Way and other good footpaths to follow.
The area of chalk download includes woodland trails and grassland with wildflowers. You can also enjoy lovely views over Gatton Park. It was landscaped in the mid-18th century by Lancelot Capability Brown and includes several ponds and a large, picturesque lake.
You start off at the Wray Lane car park and follow woodland paths towards Gatton Park. There's a super viewpoint over the park and the Serpentine Lake, Japanese Garden, Rock Garden and Walled Garden.  Shortly after you come to the fascinating stone circle. They were constructed to celebrate the turn of the millennium with each stone representing a 200 year time period and inscribed with quotes and poems of the era. The next section takes you through open parkland of Gatton Park before a woodland section through Nut Wood returns you to the car park. From here you then head west to visit Colley Hill and Reigate Hill. Here you'll pass the historic Reigate Fort which was used from Napoleonic times to WW2. There's fine views from the elevated position of the hill towards South London and the North Downs.
If you'd like to extend your walk you could climb Colley Hill which is about a mile to the west. You could also pick up the Reigate and Banstead Millennium Trail or continue along the North Downs Way.
Reigate Heath is another good option with its pretty heathland, grassland and old windmill.

RH2 0HX - Please note: Postcode may be approximate for some rural locations

Head to the delightful Reigate Hill Tea Rooms for some refreshments on the walk. The cafe is in a fabulous elevated position with a number of picnic tables where you can sit outside and soak in the views of the Weald and Gatwick Airport. There's a good range of snacks and it's also very reasonably priced.
Skimmington Castle is a little further away but well worth a visit. They have a great menu and a nice outdoor seating area with views of Reigate Heath for warmer days. You can find it on the eastern side of the heath at a postcode of RH2 8RL. Our Skimmington Castle Walk starts from the pub and visits the heath before climbing Colley Hill.

The area is great for dog walking with lots of nice woodlands trails to explore. The tea rooms mentioned above are also very dog friendly. They stock two varieties of proper doggy ice creams and you can also get dog treats.

On the walk take time to explore the interesting Reigate Fort. The fort was one of thirteen mobilisation centres built in the 1890s along the line of the North Downs, when concern over the ability of the British Navy to protect the coastline led to fear of a possible invasion, particularly from the French who were building up their naval strength at the time. Although known as forts, their primary purpose was as depots to supply troops with entrenching equipment and munitions in the event of invasion. However they were surrounded by banks and trenches so they could be used as defensive positions if needed. It was decommissioned in 1906, and has been owned by the National Trust since 1932. It was used by Canadian troops in the second world war, and was for many years used by the scout movement for camps. In 2001, it was scheduled as a National Monument. It has recently been restored, including the felling of trees that had grown across the site, and since 2007 has been open for public access. In the photo bottom left can be seen the Toolshed, the Magazine and the two Casemates. 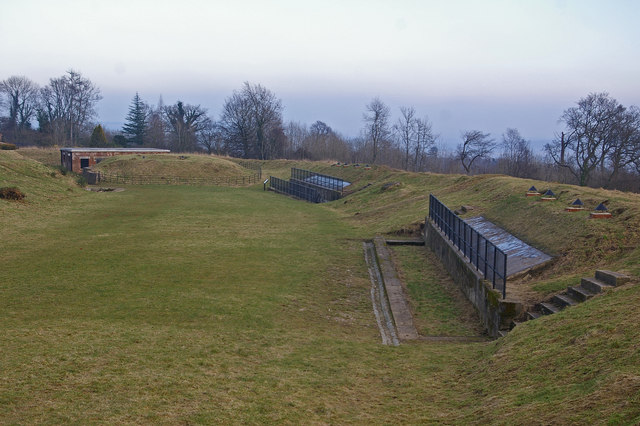 Also look out for the Inglis Memorial on Colley Hill. It was donated to the Borough of Reigate in 1909 by Lieutenant Colonel Sir Robert William Inglis VC. It was originally a drinking fountain for horses, standing at the top of the original main route over Reigate Hill. Now restored, it houses a viewpoint indicator. 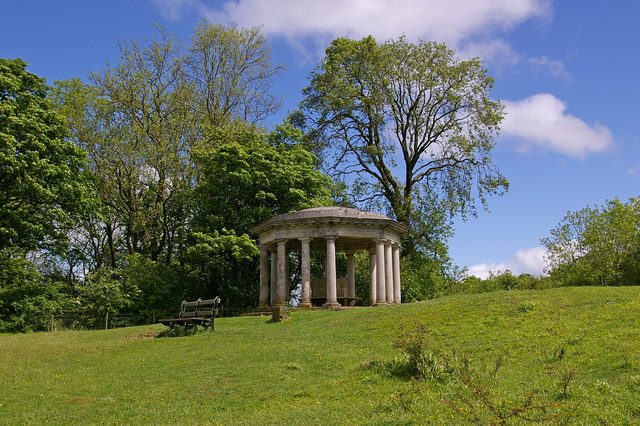 Pictured above The Inglis Memorial on Colley Hill, just to the west of Reigate Hil. A prominent structure on the North Downs Way, this structure contains a plinth pointing the direction to several towns that can be seen from this viewing spot. It has an ornately decorated roof representing the heavens. 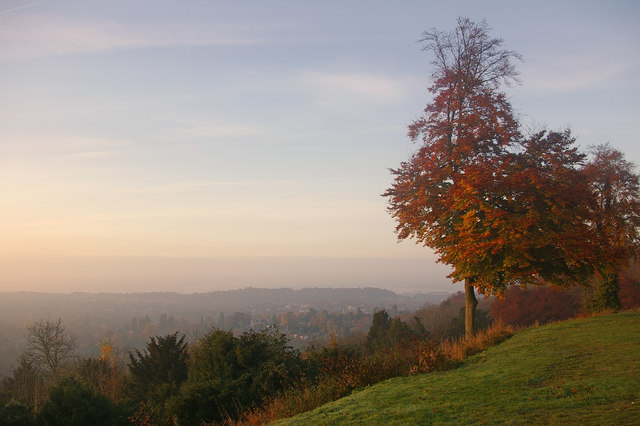 The view from Reigate Hill car park at sunrise, with Reigate and the Priory Park ridge in the background.

Milestone on Reigate Hill. Situated on the A217 north out of Reigate, this limestone milestone dates from the early 19th century and is Grade II listed. On the south face (visible) is written London 20, Sutton 9, and on the east face Brighton 31 5/8, Reigate 5/8.

Reigate Hill masts. Viewed from the upper slopes of Reigate Hill, in an area below Reigate Fort now cleared of scrub to recreate open downland. 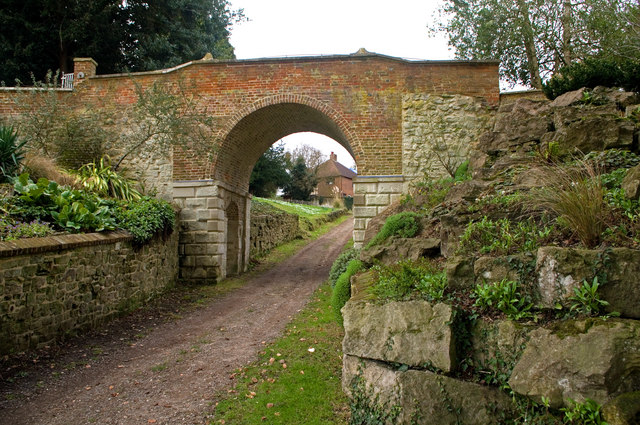 The Viaduct, Gatton Park. Part of the restored gardens at Gatton Park, this bridge is known to have existed in 1780, and may have been part of the Capability Brown design of the parkland. Grade II listed.

Gatton Park. View along the bridleway, with Nut Wood to the left.

This newly restored track is on the route from Gatton Park towards the lodge on Croydon Road, leading on to Reigate. 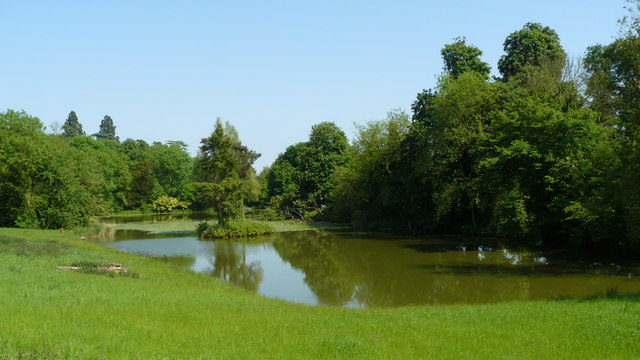 Bridge near Rock Garden, Gatton Park. Reigate Gatton Park is a 250-acre estate near Reigate, Surrey. The park was landscaped by “Capability” Brown in the 1760s. The bridge formed part of a circular walk around the park.