This walk explores a section of the ancient Salisbury Plain with its chalk grassland, fascinating historical sites and wide ranging views. It's an unusual landscape with a fascinating prehistoric history and a mock German village serving as Military training area.
The walk starts in the village of Tilshead which is roughly at the centre of Salisbury Plain. The small village includes a Grade I listed church, dating from the 12th century. There's also the Rose and Crown pub where you can enjoy refreshments after your walk.
You begin from the village and follow a country lane south west before heading across Tilshead Down, passing a Neolithic long barrow as you go.
The route continues across Copehill Down where there is a Ministry of Defence training facility. It was constructed in 1988 to resemble a Bavarian German village, providing troops with a simulated backdrop when training for European operations.
After passing the village the route picks up a section of the Imber Range Perimeter Path. You'll pass the National Trust's White Barrow, a large Neolithic long barrow stretching for 77.5 metres. Shortly after you return to the finish point back in the village.
To continue your walking on Salisbury Plain pick up the Imber Range Perimeter Path and follow it north across Lavington Down to West Lavington. Around here you can pick up the Wessex Ridgeway Trail and the White Horse Trail which will expose you to more of the scenery and villages on the plain.
Heading south west on the Imber Range Perimeter Path from the German village will soon take you to Chitterne which makes a good alternative start point for the walk. Just to the west you will find Knook Castle, the site of an Iron Age univallate hillfort on Knook Down.
Near Warminster on the western side of the plain, there's another fort and viewpoint at Battlesbury Hill. 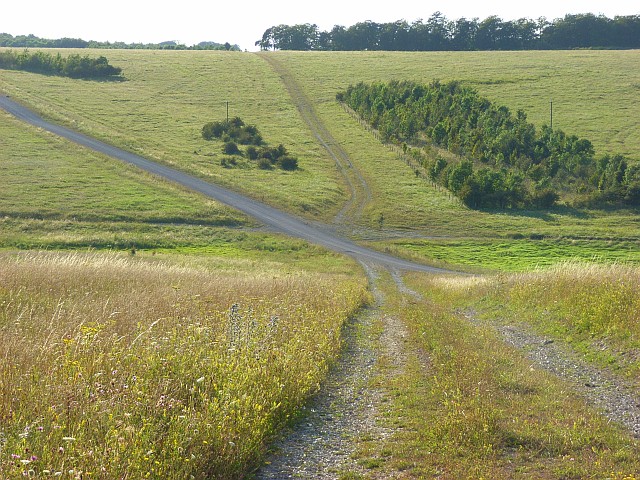 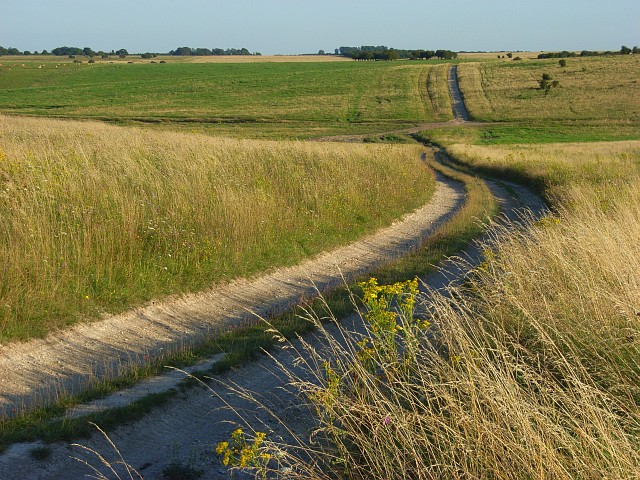