Enjoy a plesant walk around Warnham Nature Reserve and Warnham Park on this easy route near Horsham.
Highlights on the walk include the variety of wildlife in the reserve and the wonderful herd of red deer in Warnham Park. The route runs for a distance of just over 4 miles on a series of fairly flat footpaths. The village is accessible by train from London Victoria on the Sutton & Mole Valley Lines.
Start the walk from the car park at the pretty Warnham Nature Reserve on the western fringes of Horsham. It's a lovely place for a stroll with a large mill pond, marshes, grassland, reed beds, hedges and woodlands. There's also lots of wildlife to see with a thriving Heronry, wildfowl, kingfishers and all three species of Woodpecker.
The route then picks up the West Sussex Literary Trail and heads west into Warnham Park. The park includes an internationally famous herd of Red Deer renowned for producing superb antlers. Warnham Court dates back to 1825 with the park grounds laid out from the early 1830s and developed in the mid- and late 19th century by the landscape designer Edward Milner and his son Henry.
To extend the walk you could head north from the park and visit the village of Warnham where there's two pubs The Sussex Oak and The Greets Inn for refreshment after your exercise. You could also continue west along the West Sussex Literary Trail and explore the High Weald countryside around Slinfold. There's also the popular Horsham Riverside Walk to try. This also starts from the reserve car park and will take you on a tour of the woods, rivers and countryside surrounding the town. 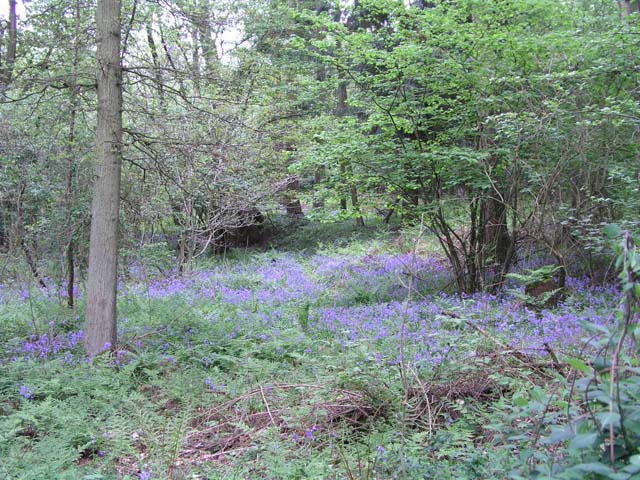 Warnham Manor. This was taken from the public footpathfrom the SE corner.

Bailing Hill Farmhouse. The farm is part of the Warnham Park Estate, and used for keeping the famous herd of deer belonging to the Lucas Family, formerly of Warnham Court.