This pretty Warwickshire village is a fine place to start a walk. There's riverside trails, canalside paths and some picturesque neighbouring villages to visit in the area. The historic village is also notable as housing the oldest church in Warwickshire and a splendid 17th century half timbered inn.
This route uses sections of the Stratford Upon Avon Canal and the Arden Way to create a circular walk around the village.
The walk starts on the canal aqueduct, just to the east of the village. From here you can pick up the towpath and follow it south past Austy Wood and Bearley Cross before coming to Wilmcote. Here you'll find Mary Arden's Farm, the farmhouse of Mary Shakespeare (née Arden), the mother of William Shakespeare. The houses and farm are presented as a "working Tudor farm" with rare breeds including Tamworth pigs, Cotswold sheep, Longhorn cattle, Bagot and Golden Guernsey goats, geese and birds of prey. The farm gives you a good idea of what life would have been like for the young Mary, working on the farm in the early 16th century. The building is Grade I listed and dates from 1514.
The route then follows Wood Lane west to Aston Holdings before turning north along the Arden Way. You can follow the waymarked trail through Aston Cantlow before following the River Alne back into Wootton Wawen.

B95 6BY - Please note: Postcode may be approximate for some rural locations

Back in the village the ancient Bulls Head is a fine place for some post walk refreshment. The 17th century half timbered inn is located in a nice spot, opposite the Anglo Saxon church. The interior is full of olde worlde charm with old beams and open fires. Outside there's a lovely garden area for warmer days. You can find them at postcode B95 6BD for your sat navs.

The waterside paths make for a pleasant walk with your dog. The Bulls Head mentioned above is also dog friendly.

The Arden Way can be followed north to visit Henley in Arden. Also nearby is the National Trust's Baddesley Clinton where you can pick up the Grand Union Canal Walk and explore the bluebell woods in Hay Wood.
For more walking ideas in the area see the Warwickshire Walks page.

Wootton Wawen. A view south west along the B4480 towards the Birmingham - Stratford upon Avon road in the village.

Wootton Wawen Aqueduct, Stratford Canal. A cruiser nudges its way onto the steel trough of the Aqueduct, which carries the canal over the busy A34 trunk road 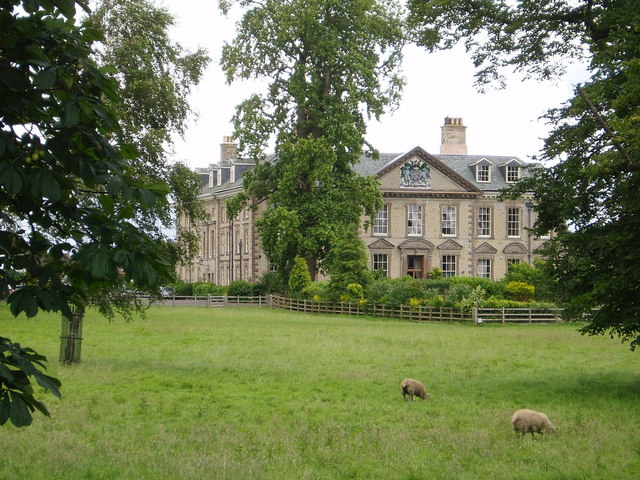 Wootton Hall. A large stone building in the Palladian style, mainly built in 1687 but incorporating parts of an earlier, probably Elizabethan, house. It was originally the home of the Carington family.

St Peter's parish church. The oldest church in the county with many fascinating Saxon features. 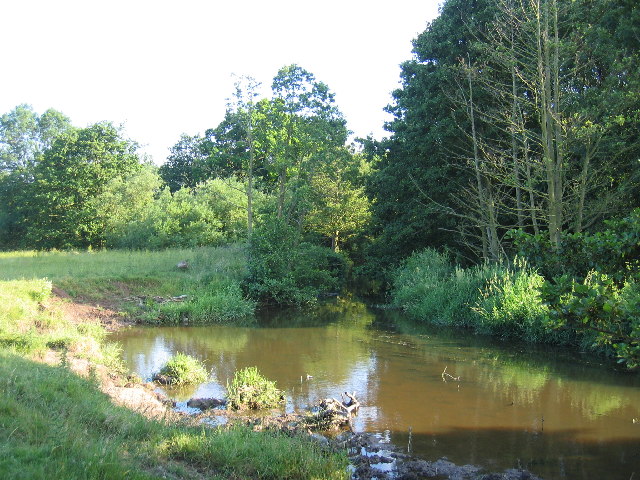 River Alne just north of the village near Wootton Pool. A watering shallows for the local cattle in the middle of the square seen from the footpath to Henley in Arden. 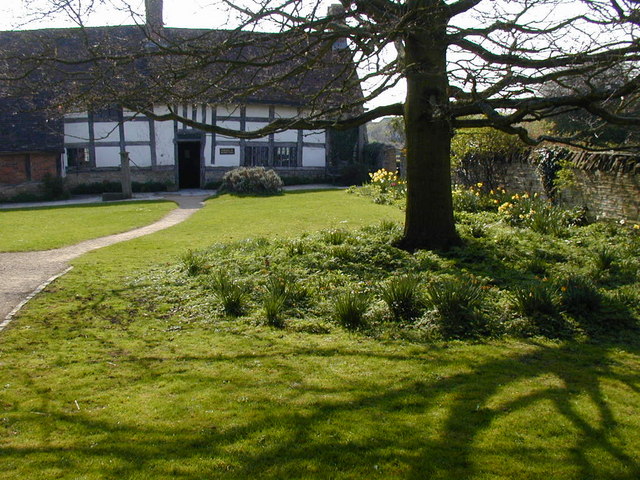