This beautiful trail takes you along the River Dart from Totnes to Dartmouth.
The trail passes through the villages of Ashprington, Cornworthy and Dittisham before finishing at Dartmouth Harbour.
Highlights near the route include the splendid National Trust owned Greenway Estate. Formerly owned by Agatha Christie it boasts an 18th century Georgian house and lovely riverside gardens.
This is a fairly easy walk with very few climbs and links with the South West Coast Path.
The northern end of the trail links with the circular Totnes River Walk which follows the Franklin Totnes Trail along a different part of the river.

For an alternative way of seeing the river valley try the splendid South Devon Railway. The heritage railway can be picked up at Buckfastleigh Station and runs for about 6 miles with nice views over the river valley. It was initially known as the Dart Valley Railway and stretches from Totnes (Riverside) to Buckfastleigh. For most of its route, the line runs to the east or north of the River Dart. This means that the river views are best seen to the left of the train when facing Buckfastleigh and to the right of the train when facing Totnes. For steam train enthusiasts the rolling stock preserved on the line include many examples of steam locomotives typical of the Great Western Railway. These include GWR 1400 Class number 1420. There are also other types of steam locomotives and a number of diesel locomotives. 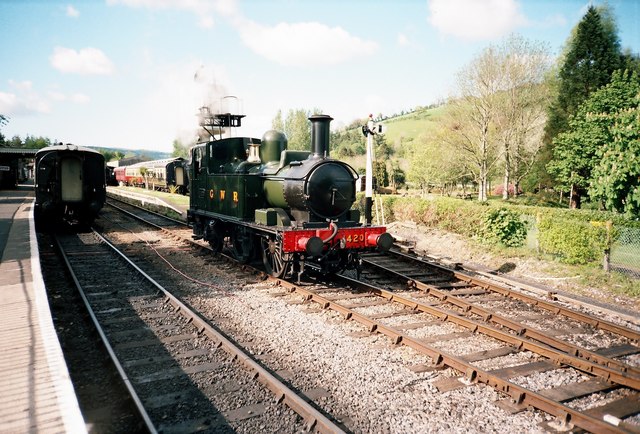 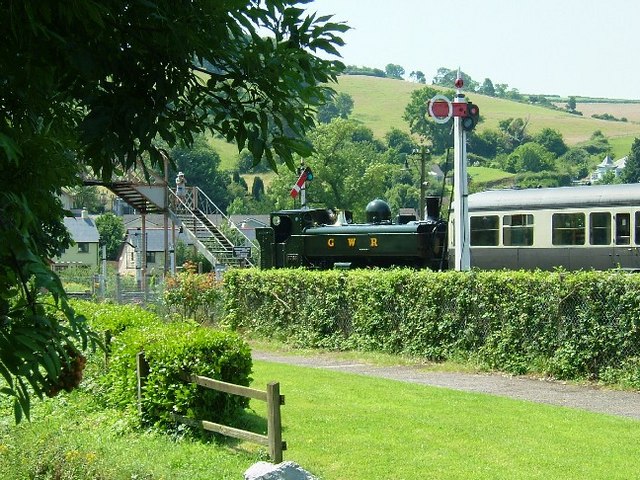 Pictured above the South Devon Railway at Buckfastleigh. On the right former Great Western Railway locomotive No. 5786 and train awaiting departure for Totnes in an idyllic rural setting on a warm Sunday afternoon. It's a fine way to relax and enjoy the beautiful scenery of the area while taking the weight of your feet.
In Dartmouth you could catch the ferry to Kingswear and visit the splendid gardens at Coleton Fishacre. 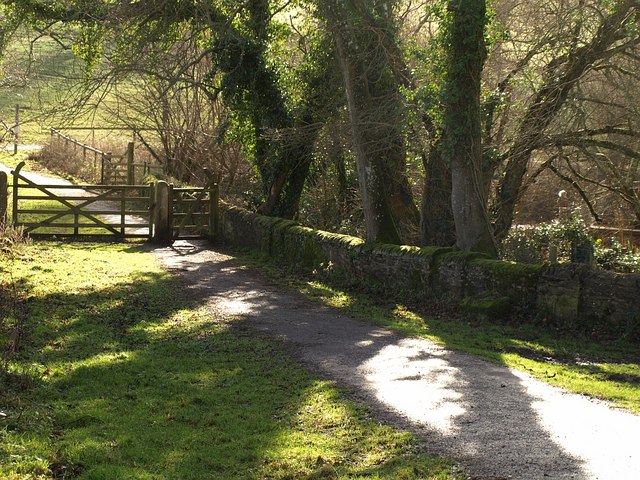 The trail, accompanied by the John Musgrave Heritage Trail and following Ashprington Footpath 8, crosses a small tributary of the Dart below Sharpham Barton. 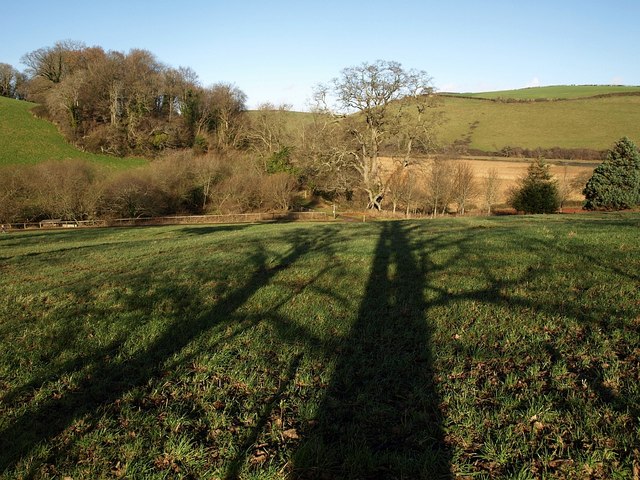 Shadows by the Dart Valley Trail. Tall trees cast shadows across a field by the cyclable alternative of two arms of the trail near Sharpham. The two variations meet at the signpost under the oak in the side-valley; the reed beds by the River Dart are beyond. To the left in the valley is a willow bed area with boardwalk. 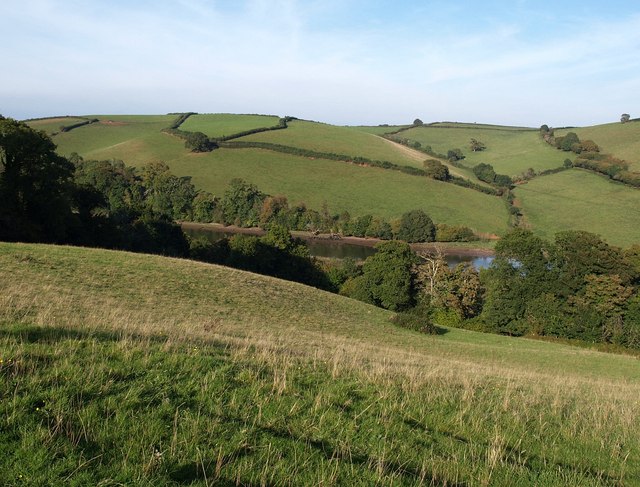 Dart valley From NCN 2 as it follows the Sharpham carriage drive, looking across the Home Reach of the river's estuary. The Dart Valley Trail runs along the foot of the slope here.

Old Mill Creek from the trail. The trail is descending a permissive footpath by the side of Peppersheen Plantation; it then turns right past the oak on the right, before following close to the creek's edge through SX8652. On the far side of the creek is Newfoundland Point. 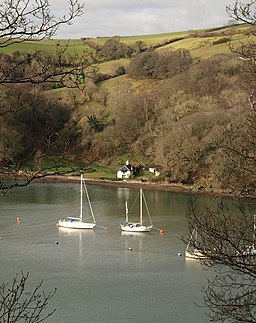 Boats on the River Dart. Looking from the Dart Valley Trail. On the far bank is Lower Kilngate. 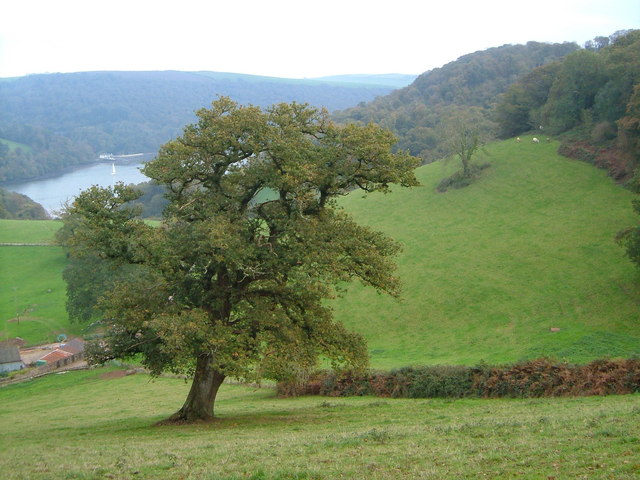 Oak tree above Dart. The Dart estuary seen from the Dart Valley Trail south of Dittisham. Maypool boathouse is on the far side of the Dart, beneath Long Wood. On the extreme right is Glebe Plantation, and beyond that is Lord's Wood. Below left are outbuildings of The River Farm.

River Dart at Dittisham. Dittisham is situated on the banks of the tidal River Dart, some 2 miles (3.2 km) upstream of Dartmouth. A most attractive and unspoilt village, it has become a popular destination for yachtsmen, tourists and a sought after place to live, which is reflected its relatively high property prices. The village is believed to be named after 'Deedas', a Saxon chief, who probably settled here soon after the Saxon invasion of Devon in about 660 A.D. The village hosts an interesting and pleasing variety of building styles (and colours); this view is towards the ferry that crosses the River Dart.

Dartmouth. View upstream towards the harbour and town centre.