This 100 acre country park in Normanby has super views of the Eston Hills and the North York Moors. There are also a number of peaceful woodland trails and an excellent visitor centre. The Tees Link and Guisborough Forest and Walkway country park are nearby so there is scope for continuing your walk.
The climb to Eston Nab also starts from Flatts Lane Country Park. It's a nice climb with splendid views over Middlesbrough, Roseberry Topping, Urra Moor and the Yorkshire coast.

The Middlesbrough Walk starts from Middlesbrough Dock on the River Tees and follows the Tees Link to the park. It then visits Ormesby Hall just to the west of the park. The National Trust owned hall is a Grade I listed building, described as a classic Georgian Mansion built in the Palladian style. There's 250 acres of parkland and farmland to explore on a network of footpaths. Near here there's also the noteworthy Stewart Park. There's 120 acres of parkland here with mature woodland, an arboretum and lakes with wildfowl. The park also includes the Captain Cook Birthplace Museum where you can learn about the history of British naval explorer and circumnavigator Captain James Cook. The explorer achieved the first recorded European contact with the eastern coastline of Australia and the Hawaiian Islands, and the first recorded circumnavigation of New Zealand.

Flatts Lane Country Park. The newly erected pylons caused a lot of controversy. A kilometre from here the electric cables go underground for a short distance so that the views of the Cleveland Hills are not obstructed for the residents of Nunthorpe. 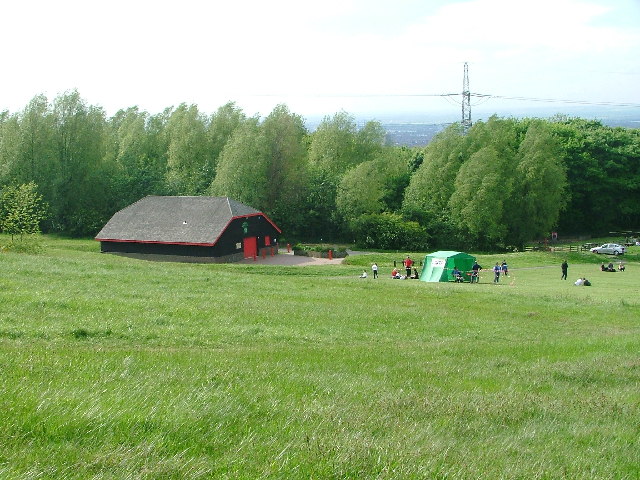 Schools orienteering in the park

View west from a hilltop newly planted with deciduous trees. Looking towards the covered reservoir. 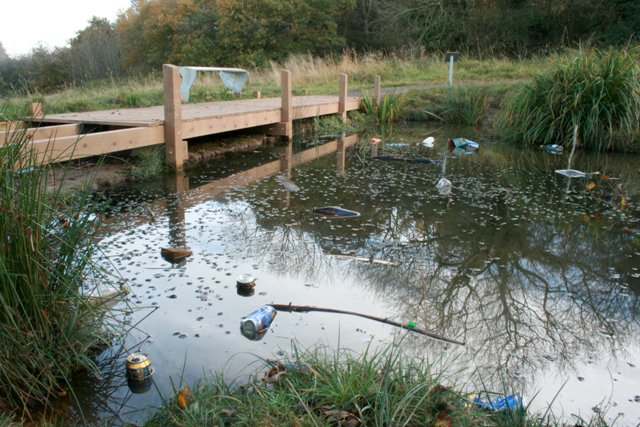 Nature Pond. The sign says look out for newts and wild irises.

Snow at the park in December 2009. This picture shows a part of the Flatts Lane Woodland Country Park after a fall of snow. The photograph was taken from the A171 road near Swan's Corner looking in a north-easterly direction towards the Great West Plantation.