This popular cycling and walking trail uses the Hayling Billy Coastal Path which runs along the west coast of Hayling Island near Havant.
The trail gives fabulous views of Langstone Harbour which is an internationally important site for its wildfowl and wading birds. Also watch out for brent geese, oyster catchers and dunlin in winter.
The route is very flat and entirely off road so is ideal for families looking for a safe traffic free cycle ride or for walkers looking for a pleasant waterside stroll. This route links nicely with the Portsea Island Explorer if you'd like to continue your outing.
To further extend your walking try our Hayling Island Coastal Walk and explore the coast around the southern section of the island.
You could also head west to Portsea Island and pick up the Solent Way and explore the coast around Portsmouth and Southsea, Gosport and Lee on Solent.
The Shipwrights Way cycling and walking trail runs along the trail too. It can be followed all the way into Portsmouth in one direction or you can head north up on to the South Downs to visit Queen Elizabeth Forest Park and Alice Holt Forest.

The Ship Inn near the start of the trail is a good choice for some refreshments. The family-friendly seaside pub overlooks Sweare Deep and Emsworth Harbour in Langstone. There's a fantastic outdoor area right next to the water and a cosy interior with a warming fire. You can find the pub in Langstone with a postcode of PO9 1RD for your sat navs.
At the other end of the route you could head to the Ferryboat Inn at Sinah on the south western tip of the island. It's another fine waterside pub with views over Langstone Harbour. The pub has a good sized car park, a fine menu and is also dog friendly. You can find the pub at postcode PO11 0DG. 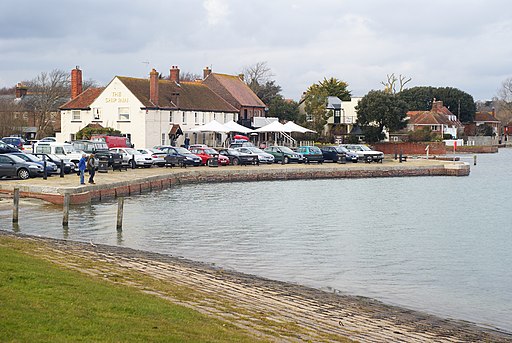 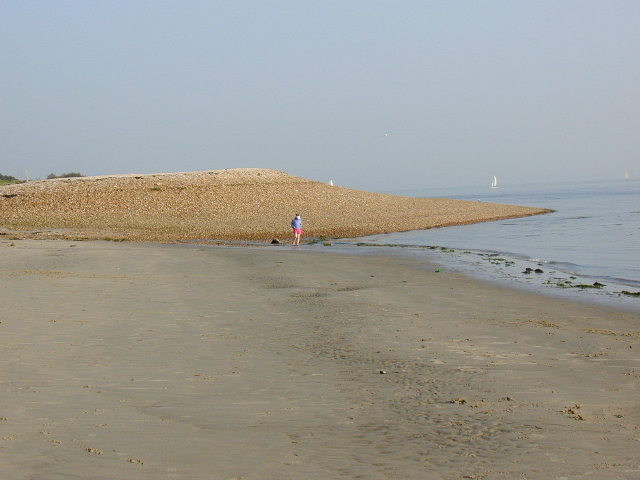 Pictured above the Ship Inn and the beach at Sinah near the Ferryboat Inn. Both great waterside places to relax outside with a drink on a summer day.

The trail uses the trackbed of the former Hayling Island branch railway that connected Havant with Hayling Island. The line was opened to passengers in 1867 and closed in 1963. It was operating at a small profit but the line required a new bridge over Langstone Harbour to replace the original timber swing bridge. British Railways took the view that the cost of a new bridge was an unreasonably large investment and so closed the line. The track now forms part of route 2 of the National Cycle Network. 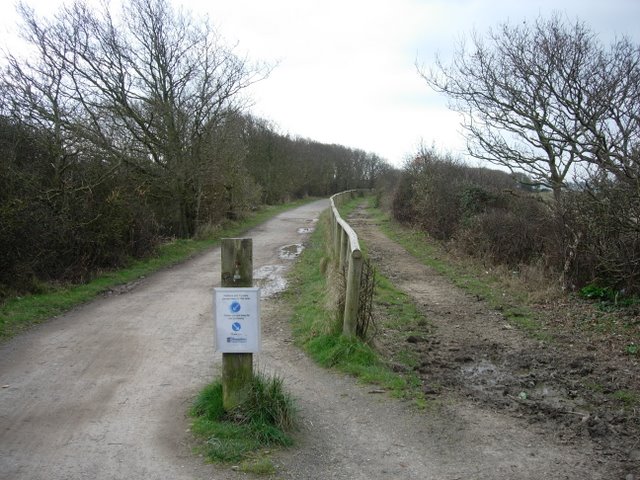 The fence separates the horse route (right) from the pedestrian and bike path on the left.

The trail near Montgomery Road Taken on a lovely, if crisp, December morning. 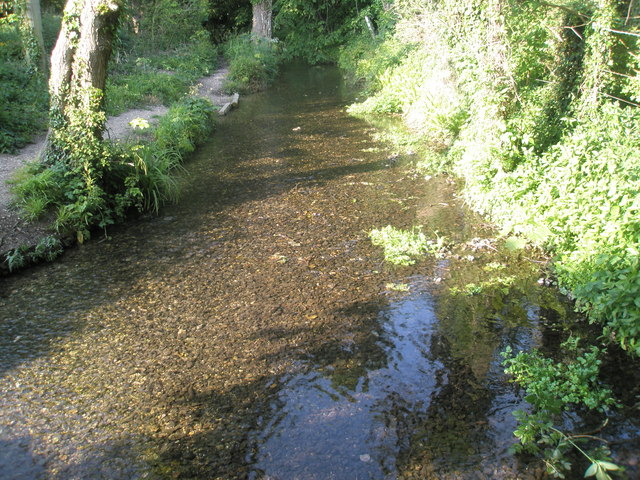 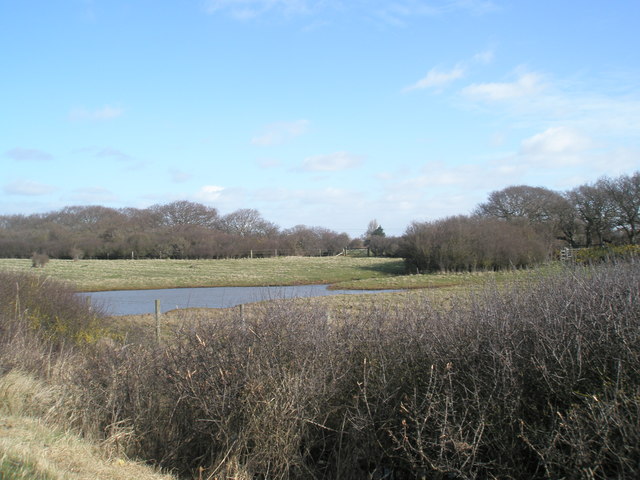 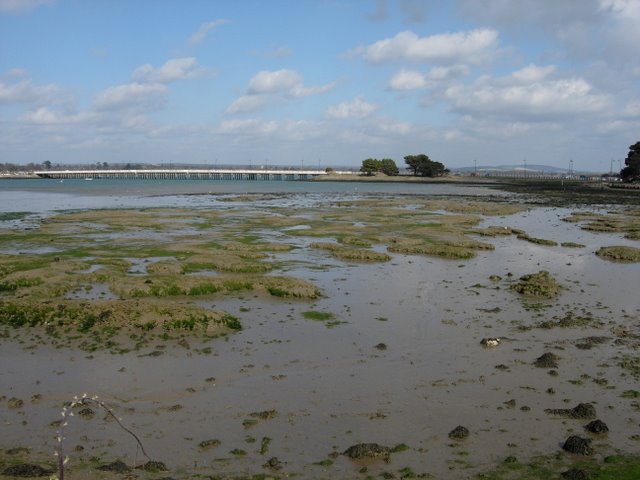 Mudflats From close to the car park at the northern end of the Hayling Billy trail. The Road bridge to Hayling Island can also be seen in the background.

Field by Langstone Harbour. Narrow arable field between Langstone Harbour and the Hayling Billy Trail. The field level is around 3 feet above the foreshore at this point and is subject to frequent erosion. A narrow strip of deciduous woodland (right; not shown on the OS 1:25,000) forms the northern field boundary and a drainage channel (not visible) runs along this edge of the field. The grassy field margin (centre) is used by walkers and cyclists as an alternative to the trail, but is not a right of way

Reeds and trees. This small, low-lying field adjacent to Langstone Harbour was salt marsh in the 1980s. Several drainage channels have been dug and the predominant vegetation is now reeds. The line of trees on the field boundary suggests the prevailing wind comes from the sea (to the left).