This circular walk follows a footpath around Borough Hill in Daventry. The hill lies just to the east of the town, dominating the area at a height of 200 metres (660 ft). The trail provides some excellent views over the surrounding Northamptonshire countryside.
You can start the walk from the car park at the south western side of the hill. From here you can pick up a trail around the hill, passing the last remaining radio mast from the former Daventry transmitting station. The station operated from 1925 until 1992, carrying long-wave, medium-wave, and short-wave broadcasts at different times in its history. Since 1992, only DAB services have been broadcast from the site using a single mast.
The trail runs for a distance of about 2 miles, passing the site of two Iron Age hill forts and two Bronze Age barrows. Antiquities from a Roman Villa were discovered in the 19th century and are now kept in the British Museum.
The hill is also has an interesting military history with Charles I Royalist army using the hill as a base just before the Battle of Naseby in 1645.
Daventry Country Park is located just a short stroll from the hill. You can extend the walk by enjoying a nice waterside stroll around Daventry Reservoir in the park. Drayton Reservoir also lies close to the park.
Just to the north you can pick up the Grand Union Canal and follow it through the countryside.
Just to the south you can enjoy woodland trails at Badby Woods and visit the joint highest point in Northamptonshire at Arbury Hill.

NN11 4NB - Please note: Postcode may be approximate for some rural locations 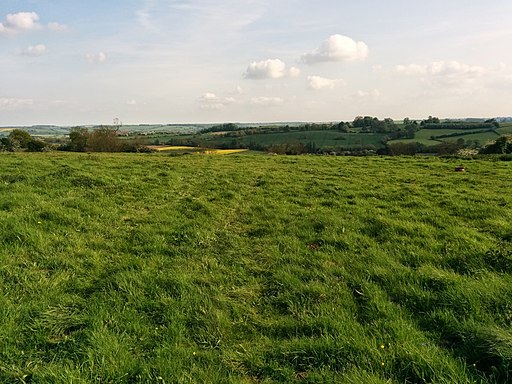