This lovely circular walk from Great Ayton uses public footpaths and a section of the Cleveland Way to take you to two of the highlights of the area. On the route you'll visit Captain Cook's Monument before a climb to the wonderful Roseberry Topping for magnificent views over the North York Moors. It's a 7 mile hike with woodland trails, moderate climbing, heather moors and splendid views throughout.
The walk starts in the village of Great Ayton in the Hambleton district of North Yorkshire, on the edge of the North York Moors. The village is notable as the boyhood home of Captain James Cook, the British explorer and navigator with many notable local landmarks to in the area.
From the village centre you head north east toward Rye Hill before passing through Slacks Quarry. You then head south past the pretty Larners Lake and Great Ayton train station which makes an alternative start point for the walk.
The next stage takes you past Round Hill before climbing to Captain Cook's Monument. The structure is an obelisk 60 ft (18 m) high in memory of the great British explorer. It's from here you pick up the Cleveland Way and follow it north across Great Ayton Moor where there's pretty heather and woodland trails. The trail eventually bends round to climb the summit of Roseberry Topping. The distinctive hill has a summit with a symbolic half-cone shape and jagged cliff, which has been likened to the Matterhorn in Switzerland. From the summit there are wonderful views of the Cleveland plain and the Pennines on a clear day.
After taking in the views the route descends through Newton Wood before returning to the village.
To continue your walking along the Cleveland Way, head north east through Hutton Lowcross Woods to the popular Guisborough Forest and Walkway.
For more circular walks along the trail try the Sutton Bank and the Kilburn White Horse Walk, the Osmotherley Circular Walk or the Wainstones Walk.

Back in the village the Royal Oak is a nice option for some post walk refreshments. This former coaching inn dates back to the 17th century and oozes charm and character. There's a cosy interior with original beams and log fires. You can find the pub on the High Street with a postcode of TS9 6BW.
You could also pay a visit to the Buck Hotel. The pub sits in a nice location on the banks of the river Leven. You can sit outside and enjoy nice views on a fine day. They have a very good menu and good selection of ales too. You can find the pub at 1 West Terrace with a postcode of TS9 6PA for your sat navs.

If you'd like to come by public transport then Great Ayton rail station is located just to the east of the town on the route. The station is on the Esk Valley Line which runs from Middlesbrough to Whitby.
From Great Ayton you could head west along the Leven to visit the neighbouring town of Stokesley. The attractive town includes some fine Georgian and Victorian architecture and a photogenic Pack Horse Bridge dating from the 17th Century. There's also an interesting old church which features some fine wooden carvings by the famous Robert (Mouseman) Thompson.
Just to the south there's the neighbouring village of Ingleby Greenhow. There's some lovely trails here up to the Otter Hills and Ingleby Bank where there are excellent views back to Captain Cook's Monument.
To the south there's the fascinating ancient sites at the Lord Stones and the Wainstones. The climb to Carlton Bank near Carlton in Cleveland is also located in this area.
For more walking ideas in the area see the North York Moors Walks page. 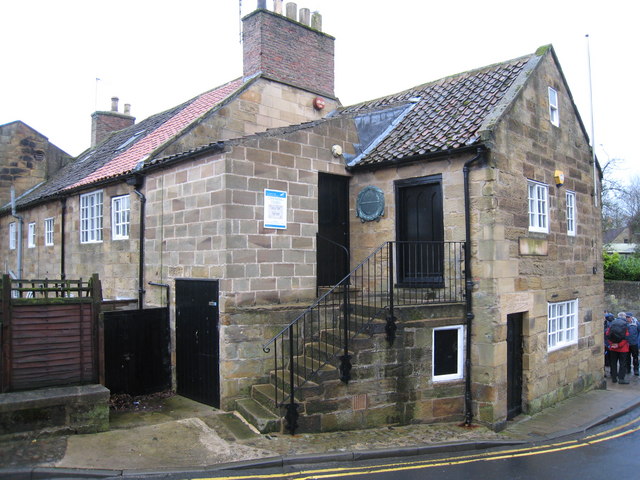 Back entrance to the Schoolroom Museum in Great Ayton 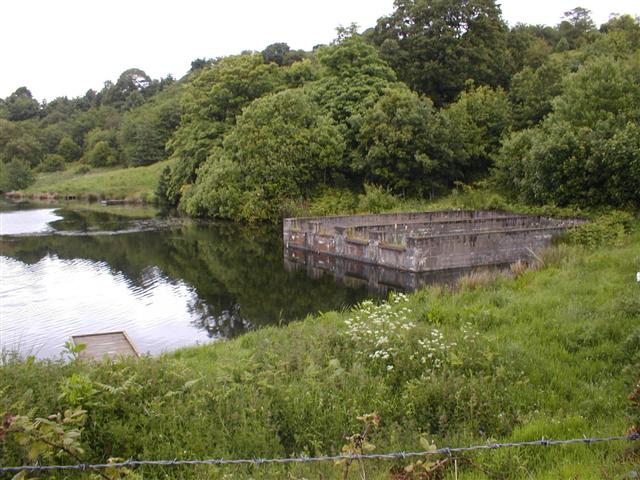 Path on the edge of Great Ayton Moor 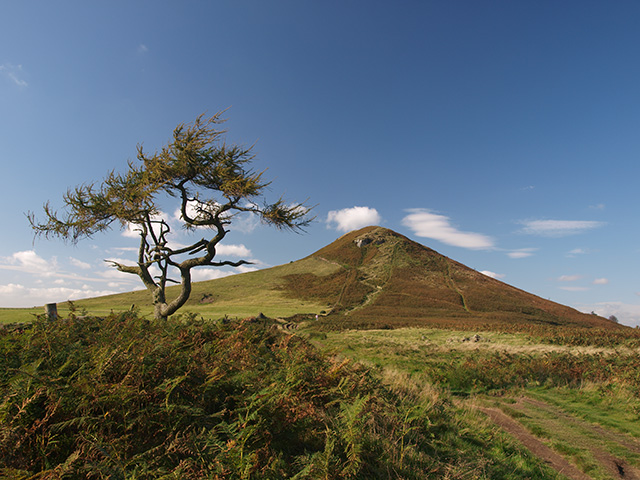 Tree and the Topping