This challenging circular walk climbs to the summit of Cuilcagh Mountain, the highest point in the Breifne Mountains. The mountain sits on the border between County Fermanagh (in Northern Ireland) and County Cavan (in the Republic of Ireland). It's a very popular hike with the route to the summit taking place on the waymarked Cuilcagh Way.
The trail climbs through one of the largest expanses of blanket bog in Northern Ireland, using a boardwalk for part of the route.
The walk starts from the car park at Cladagh Bridge on the Marble Arch Road, a few miles north of the summit. From here you can pick up the trails heading south along the Cladagh River. You'll soon come to the Marble Arch Caves Global Geopark. The Geopark features various sites which demonstrate the geological and wider natural heritage of the area, as well as the cultural heritage relating to 7,000–8,000 years of recorded human occupation since the last ice age. This includes a number of show caves which exhibit a wide range of classic cave features. The natural limestone caves are named after the nearby Marble Arch, a natural limestone arch at the upstream end of Cladagh Glen under which the Cladagh River flows.
The route continues past the caves along the Aghinrawn River to Skea Hill and Lough Atona along the splendid Stairway to Heaven. This area supports numbers of rare, vulnerable or endangered species. It is one of the most important upland breeding sites in Northern Ireland for Eurasian golden plover, and the Merlin.
Near the lough you turn east to climb to the 666 m (2,185 ft) summit of Cuilcagh. There's wonderful views across Ireland and Northern Ireland with the Irish Sea and Atlantic coast visible on clear day.
After taking in the views the route descends north east to Florence Court Forest Park. The forest has colour coded, waymarked trails with attractive woodland and riverside paths to enjoy. In the park there's a walled garden and a fine viewpoint where you can see much of Fermanagh, Upper Lough McNean, Belomore mountain, Enniskillen, Brougher Mountian, Upper Lough Erne and Knockninny. There's also the Florence Court yew tree, known as the 'mother' of all Irish yew trees.
From the forest head west to Gortmcconnell Rock before descending back to Marble Arch Caves. The final section leads you along the river to return to the car park.
This walk uses a section of the Ulster Way long distance trail. You can continue your exercise by heading north from Cladagh Bridge to the nearby Lough Macnean. 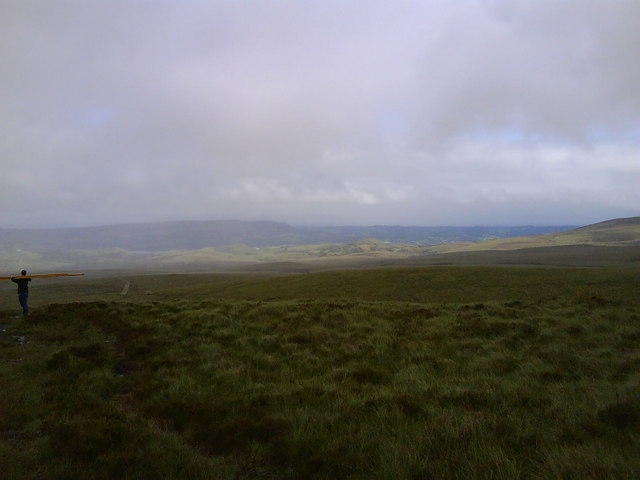 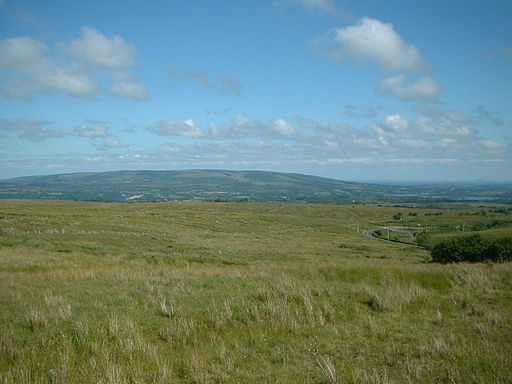 The Ulster Way to Cuilcagh