This circular walk climbs to a series of wonderful viewpoints above the town of Melrose on the Scottish Borders. The Eildon Hills consist of three peaks of about 400 metres with wonderful views to Melrose Abbey, Leaderfoot Viaduct and the surrounding countryside of the Borders.
The walk starts in Melrose next to the abbey. From here you can pick up the St Cuthbert's Way long distance trail and follow it south towards the hills. You then follow a different path on your right up to Eildon Mid Hill. At 422m (1,385 ft) it is the highest of the peaks and includes a trig point and a view indicator at the summit. There are fabulous views over the surrounding area from here.
After taking in the views the route then heads south to visit Eildon Wester Hill (371m) where there are great views back to the other two hills.
The route then turns north to visit Eildon North Hill (404m), the final of the 3 peaks. This hill was the site of a large Bronze Age Settlement which included 300 hut circles. There is also some evidence that prehistoric peoples regarded the Eildon Hills as a holy place and scholars believe they may have been a place of ceremonial gatherings. There are several holy springs around the base of the hills, now dedicated to Christian saints, but probably originally sacred to Celtic deities.
The final section of the walk descends from the north hill to Eildontree Stone where you pick up a secton of the Borders Abbeys Way to take you towards Newstead before returning to Melrose.
To extend your walking in the Melrose area you can pick up the Southern Upland Way. You could follow it west and enjoy nice river paths along the River Tweed to Tweedbank. Heading east will take you to the impressive Leaderfoot Viaduct, the 18th century Drygrange Old Bridge, and the fascinating Roman settlement of Trimontium . 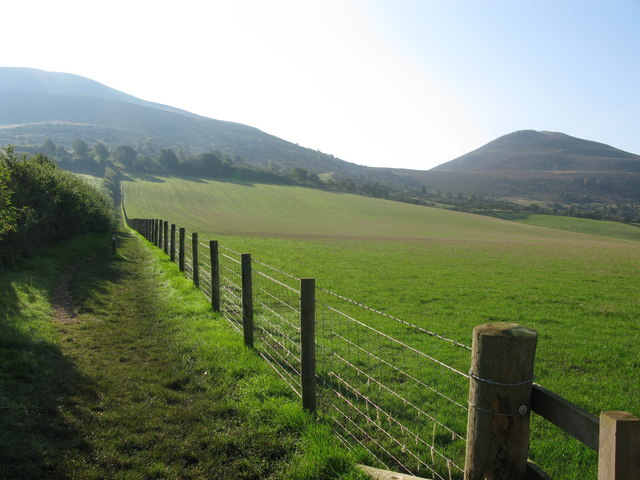 Path leading to the Eildon Hills 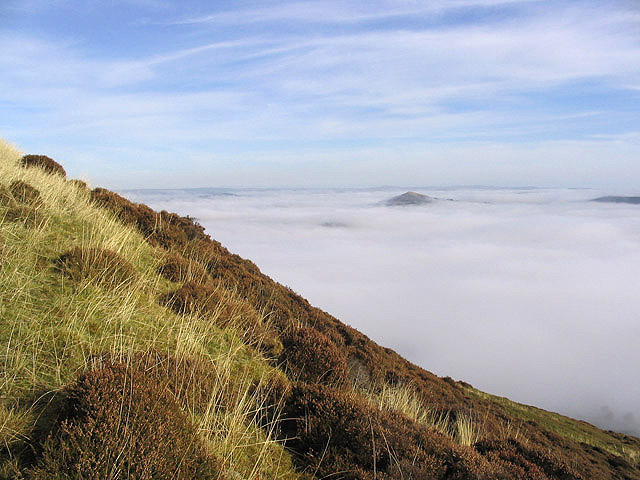 The North Col in the Eildon Hills

A quarry on the Eildon Hills 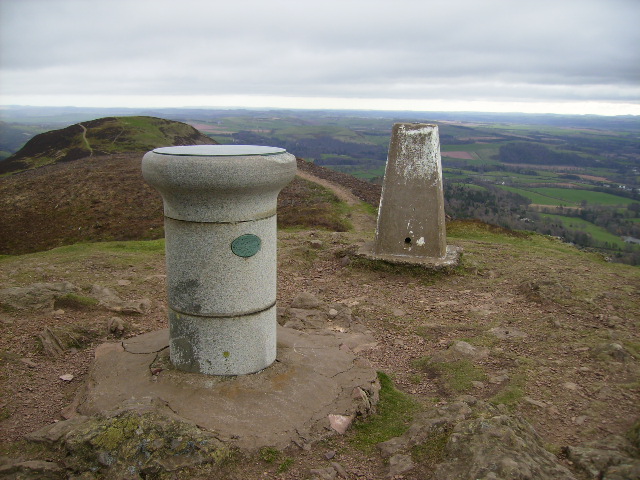 The top of Eildon Mid Hill

Having a rest on Eildon Mid Hill 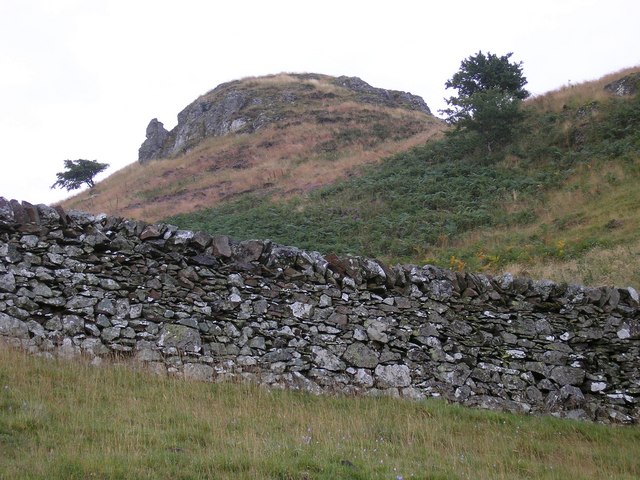