This lovely route from Fowey makes use of the South West Coast Path and the Saints Way to create a splendid circular walk to the village of Polkerris. It's a varied walk with river views, beautiful coast and some gorgeous Cornish countryside on the inland stretch. The route runs for just over 6 miles on good waymarked footpaths with a few moderate climbs along the way.
The walk starts at the quay in Fowey and heads south west along the mouth of the River Fowey, passing Readymoney Cove. The delightful little cove is sheltered by cliffs close to the river estuary and bounded, on one side, by the medieval part of the town and, on the other, by the 16th century St Catherine's Castle.
The path then heads to Southground Cliffs, Lankelly Cliffs and Gribbin Head. The National Trust owned promintory is one of the highlights of the area.  It separates St Austell Bay from the estuary of the River Fowey and is marked by the Gribbin Tower which is used to aid navigation of ships approaching the local harbours.  A herb rich grassland including early purple orchid and grazing cows can be seen on the headland.
The route then turns north towards Polkerris. The village has a nice sandy beach, a curved harbour wall, restaurants, water sports and some accommodation. It's a good place to stop for refreshments before completing the final section of the walk.
At Polkerris you pick up the Saint's Way and head east through some attractive countryside to return to Fowey.
To continue your walking in the area try the Fowey Hall Walk. The popular circular walk involves two ferry crossings and lovely waterside sections along Pont Pill and Fowey Quay. In Polruan, on the other side of the river, you can pick up the Polperro to Polruan Walk which runs through a delightful area designated as a coastal Site of Special Scientific Interest (SSSI) and a Special Area of Conservation.

You can extend the walk by continuing along the coast path to visit Par Sands. Here you'll find a wide beautiful beach with sand dunes, a lake and a freshwater tributary running along the far eastern side.

From Town Pier to Whitehouse Pier in Fowey 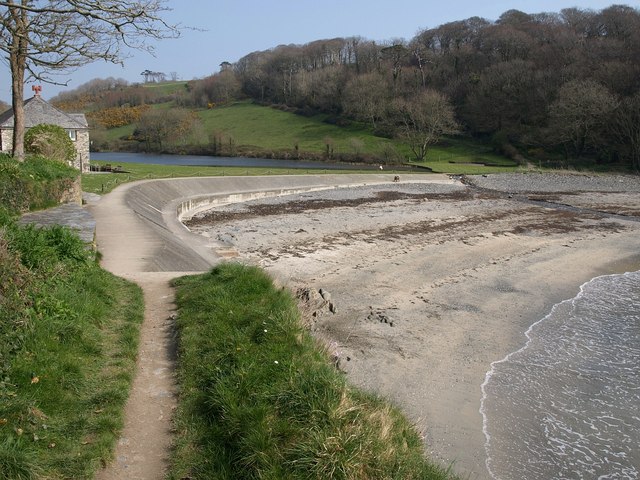 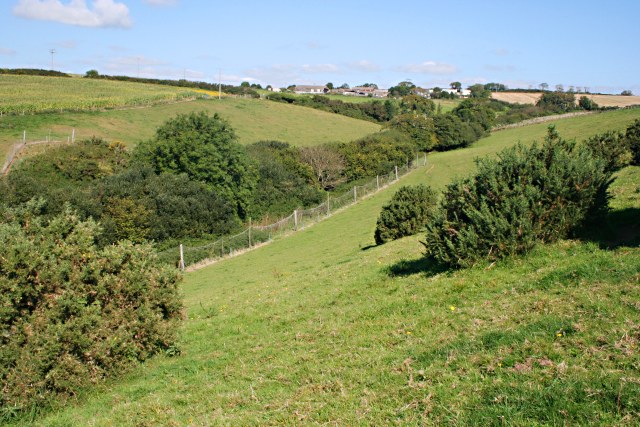 The Valley Below Penhale Farm 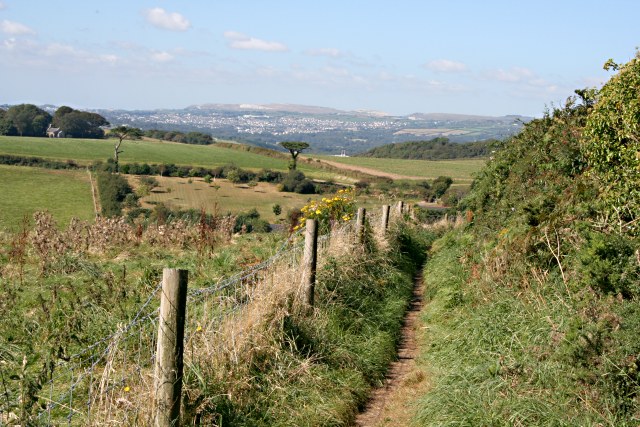 On the Saints Way