Explore 480 acres of woodland, farmland and moorland in this country park near Paisley. There are a number of way-marked walking and cycling paths running through the park. You can also enjoy fabulous views of Paisley, the Lower Clyde Valley and Ben Lomond from the popular viewpoint. If you head to the eastern end of the park you will find Gleniffer Burn, waterfalls near Braemount, the Glenburn Reservoir and Thornley Dam. Also of interest is the 50 ft deep Gleniffer Gorge on the Tannahill walkway and the Craigielinn waterfall where icicles can be seen hanging in the winter months.
Gleniffer Braes is located just to the south of Paisley, about 7 miles west of Glasgow.

PA2 8TE - Please note: Postcode may be approximate for some rural locations

The Foxbar Cafe is located just to the north of the park. It's a friendly place which does very good food at reasonable prices. You can find it at 34 Foxbar Rd with a postcode of PA2 0AY for your sat navs.
On the eastern side of the park there's the Cross Stobs Inn. It's a pub of some note being housed in a picturesque seventeenth-century coach house. There's a cosy interior and an outdoor seating area for warmer days. You can find the inn at 6 Grahamston Park, Barrhead with a postcode of G78 1NS.

The expansive park is a great place for a dog walk and you will probably see plenty of other owners on your outing.

Just to the north of the park are a couple of interesting places which you could visit if you have time. First there's the Durrockstock Park Local Nature Reserve where you'll find a pretty lake and some easy walking trails. Flora and fauna includes swans and ducks on the water with bluebells and other pretty wildflowers to see around the park. Right next to the reserve there is also Stanley Reservoir. There's a nice path around the water with views of Stanley Castle which was once held by the Earls of Glasgow until it was sold onto Paisley Water.
A few miles east of the park you will find Pollok Country Park. It's a beautiful park with footpaths and cycle trails to try. It's a lovely spot and was named the best park in Britain in 2006 and in 2008, was named the best park in Europe.

The frequently visited high point of Gleniffer Braes Country Park is marked with a triangulation pillar.

Picnic bench and viewpoint at Robertsons Car Park. On a clear day you can see 65 miles east of this point. 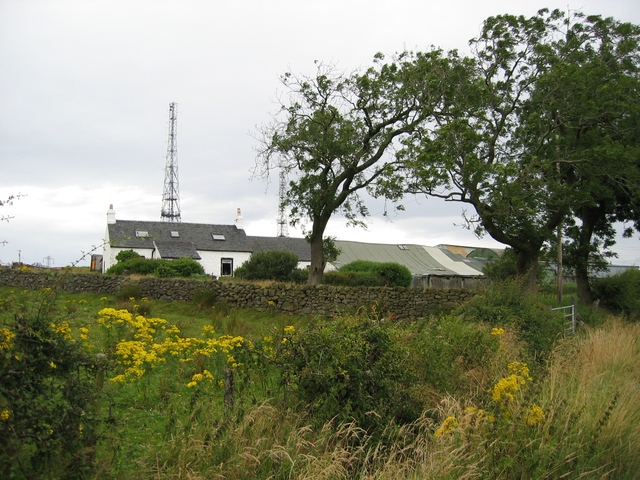 Sergeantlaw Farm.  A mixed herd dairy farm at the top of Gleniffer Braes. 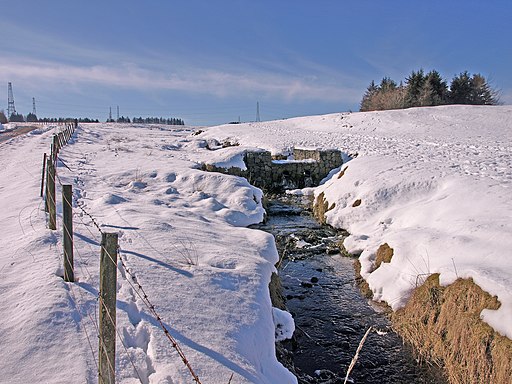 Unnamed burn in the snow. Just about to cross under Sergeantlaw Road.