This circular walk on Dartmoor, visits the fascinating Bronze Age Settlement of Grimspound. The route runs for just under 4 miles, reaching a height of over 1600ft from the high points. As such, there are wonderful views over the national park for the duration of the walk.
Start the walk from the car park at Bennett's Cross, just to the west of the site and near to the village of Postbridge. From here you can pick up the Two Moors Way waymarked footpath and follow it east, passing Birch Tor on the way. The route then passes over Hookney Tor before coming to Grimspound. The site consists of a set of 24 hut circles surrounded by a low stone wall. It was first settled in about 1300 BC. The area is very photogenic with ruined huts and surviving stone entrances, backed by some beautiful Dartmoor scenery.
After exploring the site and taking in the views, the route then heads west to Heathland Warren Farm and the Birch Tor & Vitifer Tin Mine. The old mine has an interesting history having been in use between the mid–18th century and 1925. You can now see the ruins of the mine with a pretty stream also running through this area.
After leaving the mine the route bends round to the north to return you to the car park at Bennett's Cross.
To continue your walking in the area you could follow the Two Moors Way north and visit Fernworthy Reservoir. There's a nice waterside path to take you around the reservoir with the option of extending your walk into the adjacent Fernworthy Forest. There's more interesting history here with the Bronze Age Fernworthy Stone Circle to visit too.
Heading south from Grimspound will take you across Hameldown Tor to the village of Widecombe in the Moor.

PL20 6TA - Please note: Postcode may be approximate for some rural locations

Near Birch Tor you will pass the noteworthy Warren House Inn, one of the highest pubs in England. The 19th century inn is one of the most famous on Dartmoor, sitting in an isolated position some 1425ft (434m) above sea level.  Originally built to serve the busy local tin mining community, the Inn was always a favourite haunt with miners from the neighbouring Tin Mines, including Golden Dagger, Vitifer and Birch Tor Mines. From the elevated position of the inn there are breathtaking views over the area. Indoors there's a cosy interior with oak beams and open fires. They do great food and are also dog friendly. The Warren House Inn lies at the very centre of Dartmoor between Moretonhampstead and Princetown on the B3212 with a postcode of PL20 6TA. It's well worth investigating as the Two Moors Way passes right by it as you cross the road near Water Hill. 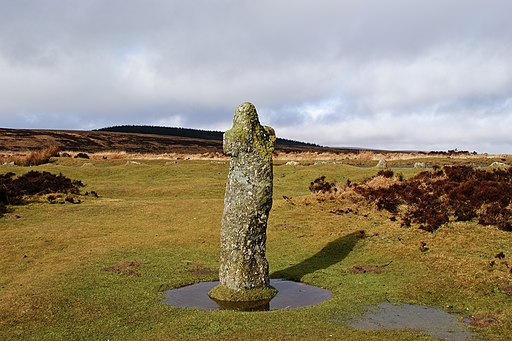 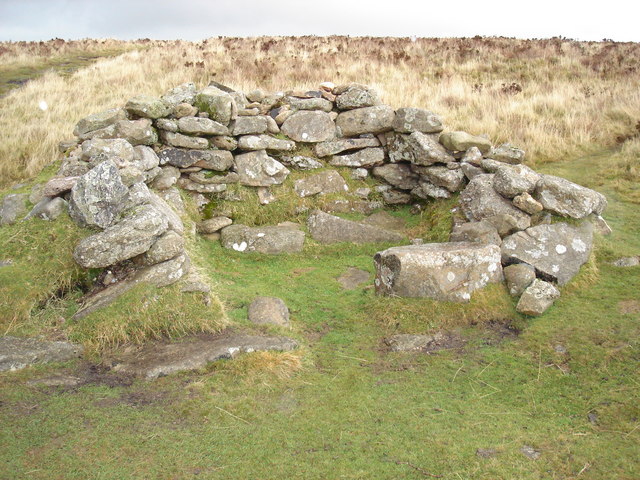