This walk takes you to some of the locations associated with A.A Milne's Winnie the Pooh books in Ashdown Forest. The route starts in the village of Hartfield where Milne bought the country home of Cotchford Farm in 1925. From here you can pick up the Wealdway long distance footpath and follow it all the way to the forest. You'll pass through Five Hundred Acre Wood which corresponds to Hundred Acre Wood in the book. It's where Pooh went to visit Owl for for advice on the subject of Eeyore's lost tail. The trail passes through the wood on a series of nice trails before heading west over a more open area to Gills Lap. This elevated part of the forest commands lovely views over the surrounding area. There's also a number of interesting locations associated with the Pooh stories. This includes a trig point called 'Enchanted Place' where Christopher Robin could sit down here without getting prickled, unlike the rest of the forest! You'lll also pass a memorial plaque, unveiled by Christopher Robin in 1979, commemorating the work of A. A. Milne and EH Shepard, the illustrator. At nearby Chuck Hatch you can try the short stroll to Pooh Sticks Bridge. It's thought to be the location where authour A.A Milne and his son first played the game which appears in the book 'The House at Pooh Corner'. The Vanguard Way also runs through this part of the forest. The long distance footpath will take you north west to Newbridge and Forest Row.
To extend the walk you could continue south along the Wealdway toward Fairwarp where you can stop for refreshments at the Foresters Arms where there's a nice beer garden.
The High Weald Landscape Trail also passes through Hartfield. You can follow it west from the town to Paupersdale Wood and Ashurst Wood.

Head a few miles to the south west and you could pick up the Chelwood Vachery Walk. The peaceful circular route explores an ancient estate which includes the pretty Millbrook Stream and Braberry Hatch Ponds.

This part of Ashdown Forest is characterised by rough grassland and heather, with scattered mature trees. 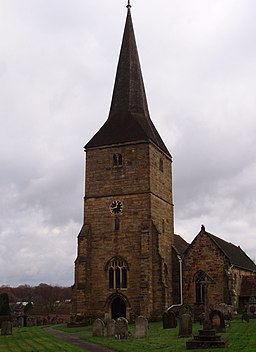