This circular walk visits one of the most popular areas of Dartmoor at Haytor Rocks. The 6 mile route also visits some of the other nearby viewpoints before a wooded section through Yarner Woods. You'll also use a section of the Templer Way long distance trail which runs through the area.
It's a varied route with some moderate climbs, fascinating geology, old quarries, shady woodland trails and some waterside sections along the streams in Yarner Woods.
The walk starts from the Haytor Vale visitor centre where parking is available. From here it is a short climb to the geologically fascinating Haytor Rocks. The distinctive granite outcrop is visible on the skyline from many places in south Devon between Exeter and Totnes. From the 457 metres (1,499 ft) summit there's a wonderful view to the Devon coastline, the Teign Estuary and the rolling countryside between.
The route continues round to Holwell Tor, passing disused quarries and the old tramway.
You continue east to Black Hill where there are more interesting rock formations and splendid views over the area.
The route then descends into Yarner Woods. The large woods include a nature trail and a large number of ancient oak trees. Other flora includes flowers such as cow-wheat and bilberry, and various Lichens and mosses. You can also look out for lots of wildlife including buzzards, sparrow hawks and nightjars.
After exiting the woods on the southern side you join up with the old tramway and follow it west back to the car park.
To continue your walking in the area try the climb to Hound Tor which starts from the same car park. The 414 m (1,358 ft) summit is considered one of the best viewpoints on Dartmoor.
The long distance Templer Way starts from Haytor. The walk is named after the Templer family who constructed the Stover Canal and Tramway to transport granite from Haytor Quarry to the coast at Teignmouth.

Head into Haytor Vale and there's some nice options for post walk refreshments. For example you can visit the Rock Inn, an impressive 18th century former coaching inn. The inn has a lot of character with a cosy interior and a nice sunny beer garden to relax in on warmer days. There's a very good menu and an on-site restaurant featuring local meat, game and fish. The Rock also has a free car park and is dog friendly with a separate dining area where you can eat with your dog. They provide good quality accommodation too, if you need to stay over. It's a popular place for walkers to go after climbing Hound Tor and Haytor being located just a short distance from both. Postcode for your sat navs is TQ13 9XP.

The area is fantastic for dog walking and the Rock Inn mentioned above is also very pet friendly. 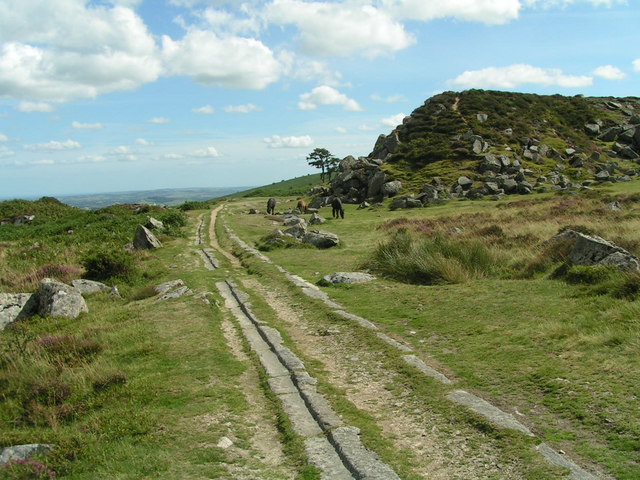 View across Haytor Down towards Haytor 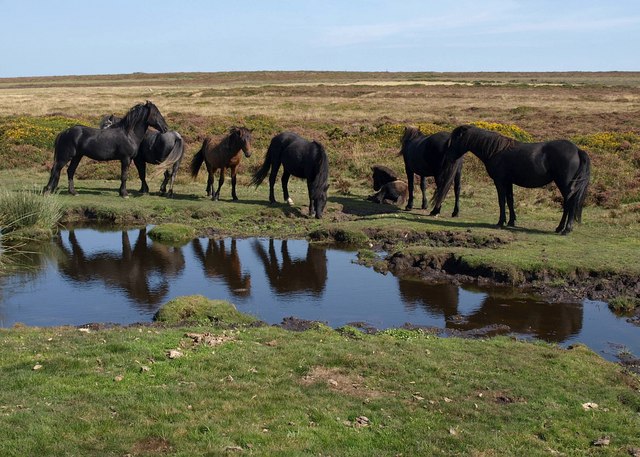 Ponies on Haytor Down