This area of common land is located just to the west of Coventry city centre and is a nice place for a peaceful afternoon stroll. There's a series of nice footpaths to follow to woodland, grassland and ponds. The area is also a nature reserve so you can look out for a variety of woodland birds as you make your way along the paths. The larger eastern section of the common is a large open area of mowed grass that attracts dog walkers, sunbathers and kite flyers. It is often used for fairs in the spring and summer months. Also look out for the plaque to Frank Whittle, the aerospace engineer and jet pioneer, who was born in Coventry. He was apparently inspired to pursue a career in engineering after seeing an aircraft land on Hearsall Common in 1916.
Our Circular Walk Around Coventry passes through the common and also visits several of the other highlights of the city. You can follow it to the nearby War Memorial Park and then enjoy river paths along the River Sherbourne.

Just to the west of Coventry there's the villages of Berkswell, Hampton in Arden and Balsall Common to visit. The former is particularly noteworthy with its Norman church, Grade II listed 16th century inn and the Berkswell Windmill which dates back to 1826. The epic Heart of England Way can also be picked up in this area.
For more walking ideas in the area see the Warwickshire Walks page.

Maples line the footpath between Tile Hill Lane and Canley Lane at the edge of Hearsall Common. In the summer they cast a bit too much shade over the path but make up for it in autumn.

In among the oaks on the section of the common between Broad Lane and Tile Hill Lane.

Kites over Hearsall Common. The playing field area of Hearsall Common stands just above the 100m contour and the land drops away to the east and west. With even the slightest breeze these types of kites are frequently seen aloft during the summer. Cumulus clouds with well defined bases overhead. 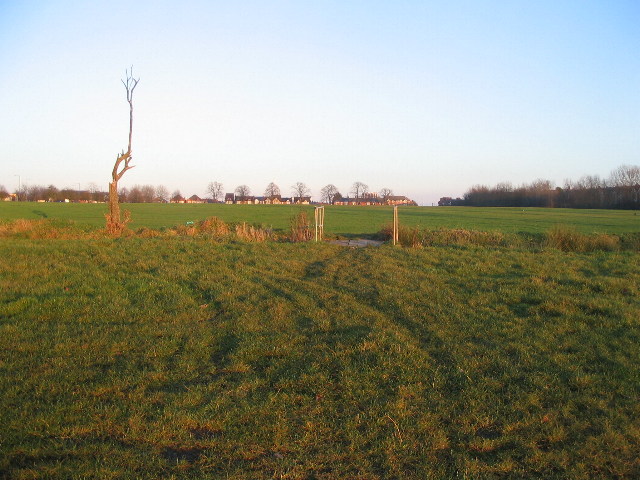 Hearsall Common playing fields. Looking from the fairground section of the common to the playing field section, used for casual cricket and football matches and kite flying. The houses on the horizon face onto Earlsdon Avenue North.

Photo of the plaque on Hearsall Common. It commemorates Sir Frank Whittle, the aerospace engineer and jet pioneer.