Enjoy walk along the River Lea on this popular waterside walk in Hertfordshire. The route runs from Hertford to Ware and then onto Stanstead St Margaret's, using a section of the waymarked Lea Valley Walk. The walk runs for a distance of about 5 miles so it's perfect for an afternoon stroll. At the end of the route you can catch the train back to Hertford from St Margaret's.
Start the walk from Hertford Castle next to the river in the town centre. The main castle entrance was built by Edward IV in 1463-5 and since extended by sections built in the late 1700's and as recently as 1936/7. They are now offices of the the Town Council.
From here you can pick up the waymarked riverside footpaths, heading east to Hertford Lock, the first lock on theáRiver Lee Navigation. You continue past Ware Lock and the adjacent Ware Weir, before coming into the town of Ware itself.
From Ware you continue south east, passing Hardmead Lock and the Amwell Quarry, a 37 hectare biologicaláSite of Special Scientific Interest. The site is a former gravel pit, which has been restored to become a wetland nature reserve with two lakes, Great Hardmead Lake and Hollycross Lake. You could take a small detour from the route here to explore the reserve and look out for the various wildfowl which visit the site.
The final section takes you past Stanstead Lock which incorporates a rare example of aáswing-bridge. Soon after you come into St Margarets where you can catch the train back to Hertford. You could also return on foot using the New River Path. This follows the New River which runs parallel to the Lea and would turn it into a circular walk.
To extend the walk continue south along river path to Hoddesdon and the Clayton Hill Lake in Lower Nazeing.

Just to the south of the river there's Hertford Heath. The heath has a number of good footpaths taking you to woodland, ponds and heathland. It's a nice, peaceful place to continue your walking in the Hertford area. 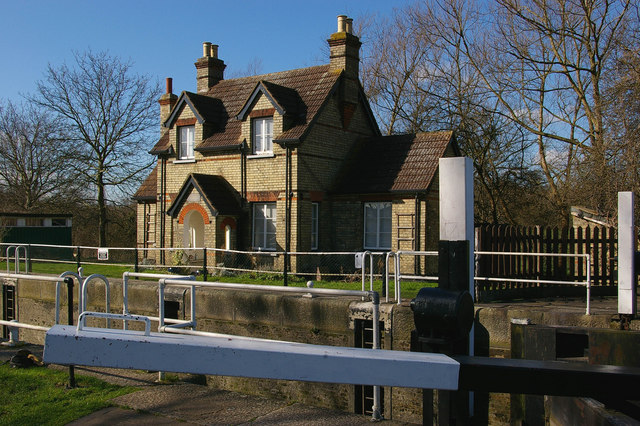 River Lee Navigation: Stanstead Lock. Viewed looking northwards from the footbridge, there is an unusual swing bridge over the lock which merits its own mention on the OS 1:25,000 scale mapping. 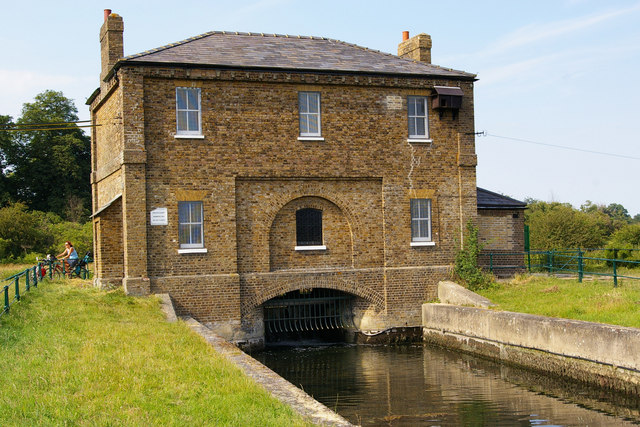 New Gauge House, River Lea, between Hertford and Ware. Built by William Chadwell Mylne in 1856. The New Gauge House was intended to restrict the amount of water flowing from the River Lea into the New River. 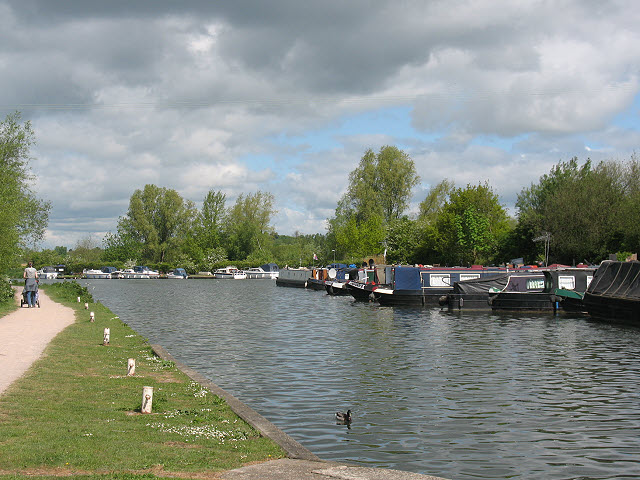 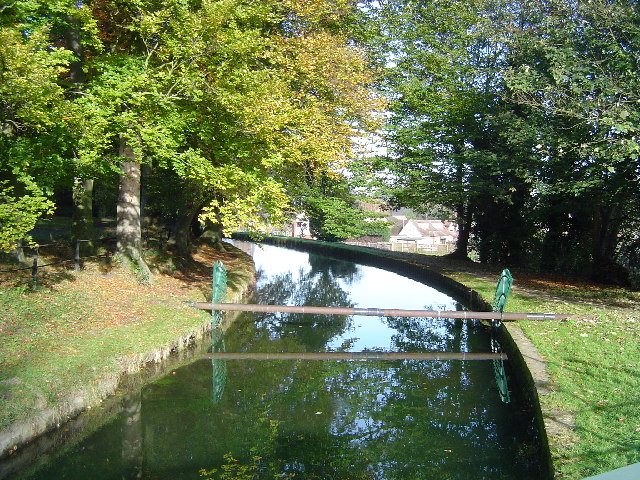 The New River, Stanstead St. Margarets. áThe New River is something of a misnomer since it is neither a river nor new. It is an aqueduct built under the direction of Sir Hugh Myddleton between 1607 and 1612 to bring fresh drinking water from Chadwell and Amwell Springs near Ware about 40 miles down the Lee Valley to London