This walk takes you along the Thames Path from Kingston to Hampton Court Palace. It's about a 3 mile stroll along the riverside path from the town with the option of catching the train back at the end of the walk.
The walk starts from Kingston Railway station which is a short walk to the River Thames. Head west through the town and you will soon come to Kingston Bridge. Cross to the western side of the river and you have the option of taking a detour from the route to explore the expansive Bushy Park. The lovely deer park has miles of good footpaths to try and is crossed by the London Loop.
This route heads south along Barge Walk passing Raven's Ait, an island which is currently privately run as a catering facility and a conference and wedding venue.
You continue past Thames Ditton Island which has 47 homes with dedicated moorings. Shortly after you come to the end of the walk at Hampton Court Bridge and Hampton Court Palace.  Building of the palace began in 1515 for Cardinal Thomas Wolsey, a favourite of King Henry VIII. Today, the palace is open to the public and a major tourist attraction. The grounds include nice footpaths taking you to gardens, a popular maze, the historic real tennis court, and the huge grape vine, the largest in the world as of 2005.
Next to the palace you will find Hampton Court Park. The 750 acre deer park includes long tree lined avenues running along the Long Water canal in the centre of the park. At the end of the canal, the Golden Jubilee Fountain shoots spectacular 30 metre jets of water into the air. 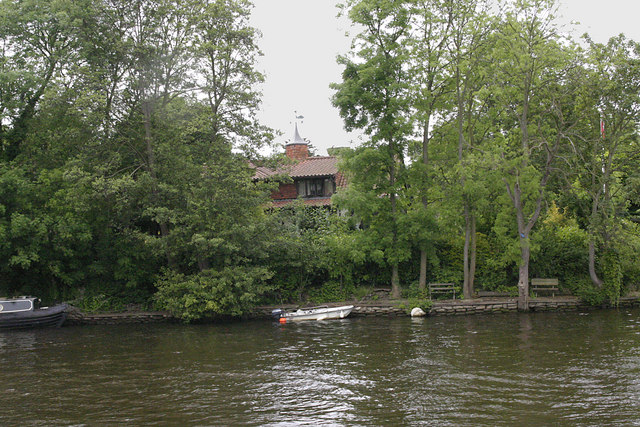 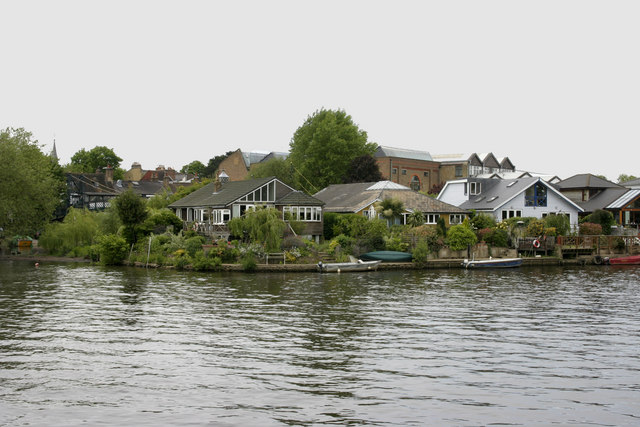