This Cornish town has a number of interesting local historical sites to visit on foot. There's also waterside trails along the River Fowey, a nearby hill to climb and two nature reserves with good walking trails and lots of wildlife to see. The town is also known as the antiques capital of the county with several pretty shops selling furniture, collectibles, ceramics and other historical pieces.
This circular walk from the town visits some of the highlights of the area including the viewpoint at Helman Tor, the National Trust's wonderful Lanhydrock Estate and the ruins of the historic Restormel Castle.
The walk starts on the western side of the town, close to the train station. From here you follow country lanes south west past Rosehill to No Man's Land where you can pick up the Saints Way. Follow the waymarked trail west past Powderham Castle to Lanlivery where you turn north to climb towards Helman Tor. There's interesting rock formations and great views across the countryside from the elevated position of the tor. This area also includes the Breney Common Nature Reserve and the Red Moor Nature Reserve where there are great wildlife spotting opportunities.
After taking in the views the route descends to Trebell Green and Fenton Pits where you pick up country lanes heading east towards Tredinnickpits and Maudlin. From here it is a short walk north to visit Lanhydrock. The park has miles of woodland and parkland trails which are suitable for cyclists and walkers.
After exploring the park you pick up trails heading south east towards the River Fowey and Restormel Castle. The English Heritage run castle is now a photogenic ruin set in beautiful Cornish countryside. It was built in the 13th century and used as a retreat for its medieval owners and was twice visited by Edward, the Black Prince.
From the castle you continue south along the river to return to Lostwithiel.

On the route you could stop off at the splendid Crown Inn in Lanlivery. The inn is notable as one of the oldest in Cornwall, dating all the way back to the 12th century. It was later extended to house the stonemasons who built the charming church of St Brevita. The pub is full of character with low beamed ceilings, open fireplaces, thick stone walls and a Glass covered Well in porch. Outside there's a particularly delightful garden area where you can relax on warmer days. You can find them just over a mile west of the town at a postcode of PL30 5BT for your sat navs.

The hills, woods and country trails make for a fine walk for fit dogs. At Lanhydrock you are asked to keep them on leads in the parkland when you see livestock grazing there. Only assistance dogs are permitted in the garden though. The Crown Inn mentioned above is dog friendly.

If you head south along the river you can pick up the Fowey to Golant Walk. This stretch of the river passes the noteworthy Sawmills Studios, a recording studio used most notably by musicians such as The Stone Roses (Fools Gold) and The Verve (A Storm in Heaven), Muse, Oasis (Definitely Maybe), Catatonia, Ride, Swans and Supergrass.
In Fowey there are some splendid estuary and harbour views. You can also pick up the Fowey Hall Walk and the Fowey to Polkerris Walk and enjoy some wonderful coastal scenery.
If you head north into nearby Bodmin you could pick up the popular Camel Trail. The shared cycling and walking trail will take you along the River Camel along a disused railway line.
For more walking ideas in the area see the Bodmin Moor Walks page. 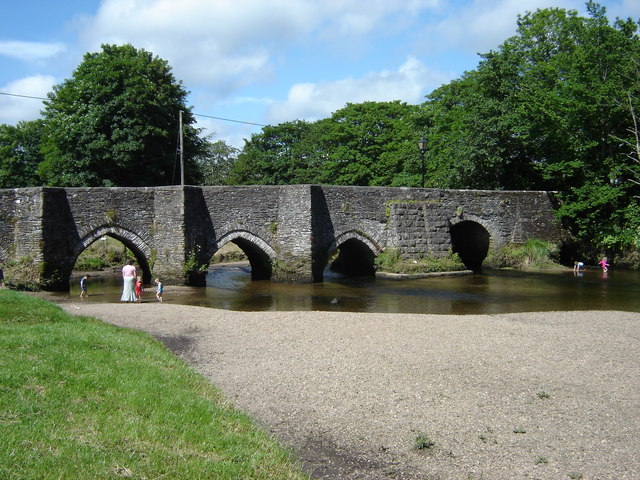 Medieval 14th Century bridge in Lostwithiel. The town was once a major port and the bridge marks the last navigable point on the River Fowey 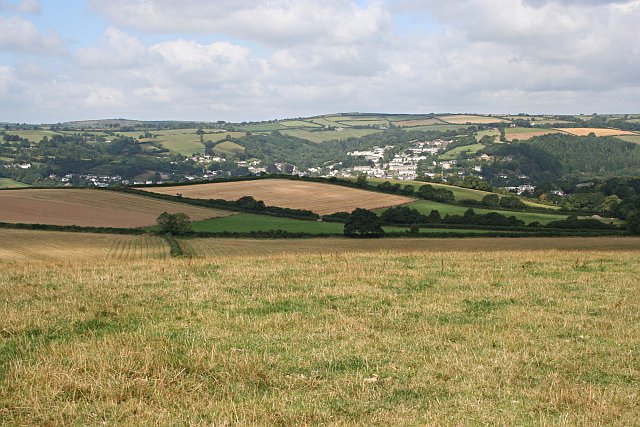 View over Lostwithiel. Taken from the roadside south of Beacon Hill, this shot shows the view to be had from this point of the Fal Valley and the town.

Lostwithiel Town Centre. The green dome above the houses belongs to a large Methodist Church. 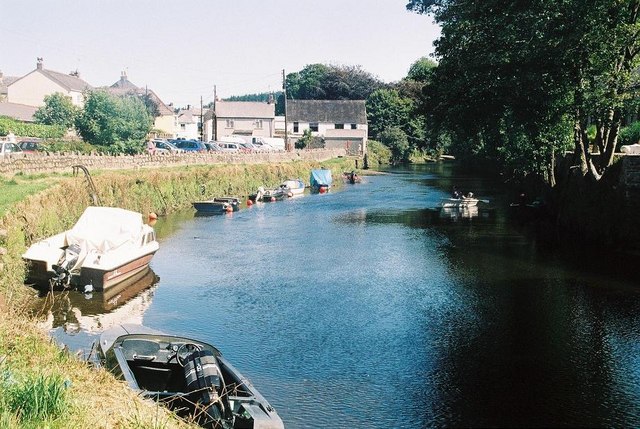 Lostwithiel, the quay. It is hard to believe now that the town was once one of Cornwall's most important ports. Tin mined upriver was brought here to be shipped off, but in the 1500s the mining, somewhat ironically, caused the River Fowey to silt up meaning that ships could no longer reach the town. The settlement is now a pleasant little market town with little to remind us of its former importance. There's a museum located in the former Corn Exchange where you can learn all about the mining past of this interesting town.

View from Helman Tor. Taken from the top of Helman Tor looking towards the distinctive china clay workings on the outskirts of St Austell 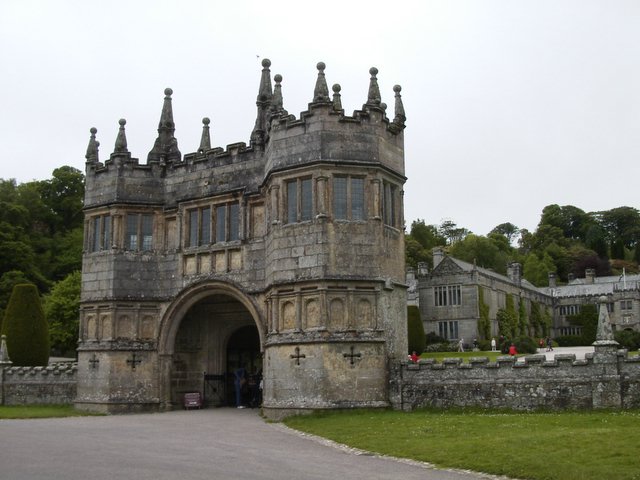 Lanhydrock Gatehouse and House beyond. The gatehouse and house date back to the 17th century, but the wall with finials enclosing the formal gardens is from the 19th century

River Fowey in the Lanhydrock Woods

Restormel Castle. This circular ruin is at the end of a lane about a mile north of the town.