This walk follows a lovely section of the Jurassic Coast from Lulworth Cove to Osmington Mills. On the way you'll pass several highlights of the area including Durdle Door, Swyre Head and Ringstead Bay.
The walk starts at the car park at Lulworth Cove and heads west past St Oswald's Bay along the waymarked South West Coast Path. After a short while you will come to the natural limestone arch of Durdle Door where you can descend to the little beach if you have time.
After passing the arch the route continues to Swyre Head, the highest point in the Purbeck Hills. It's a great spot standing at an elevation of 208 m (682 ft) and commanding views as far as Dartmoor and the Isle of Portland near Weymouth. The Isle of Wight, Lulworth Cove, Poole Harbour and much of the Purbeck Hills are also visible on a clear day.
The route then descends from the hill and continues to Ringstead Bay. It's another stunningly beautiful area with the cliffs and views at White Nothe particularly special.
Soon after passing the bay you come into Osmington Mills where there's a pretty village with a nice pub for refreshments.
If you'd like to extend your walk you could climb to the Osmington White Horse and enjoy more wonderful views.

At the end of the walk head to the splendid Smuggler's Inn for some well earned refreshments. Situated on the cliff tops of the South West Coast Path, just outside the village of Osmington, the Smugglers Inn is a traditional English pub with stunning views overlooking the Isle of Portland. The pub also has an interesting history having been the headquarters of the French smuggler Pierre Latour and one of the main landing places for smuggled goods in the 17th century. Notably the Inn was originally built in the 13th century, with its own brewery at the rear. There's a lovely large garden area which is perfect for relaxing in when the weather is fine. You can fine the pub right on the coast at a postcode of DT3 6HF for your sat navs. 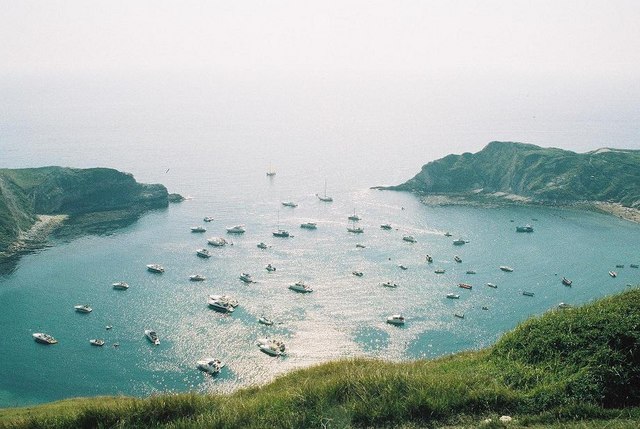 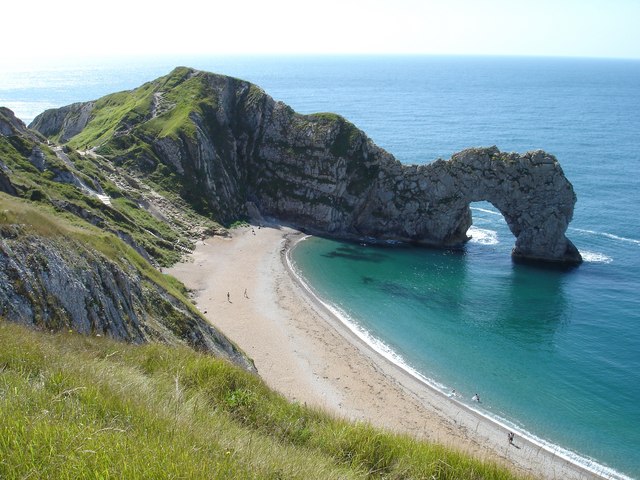 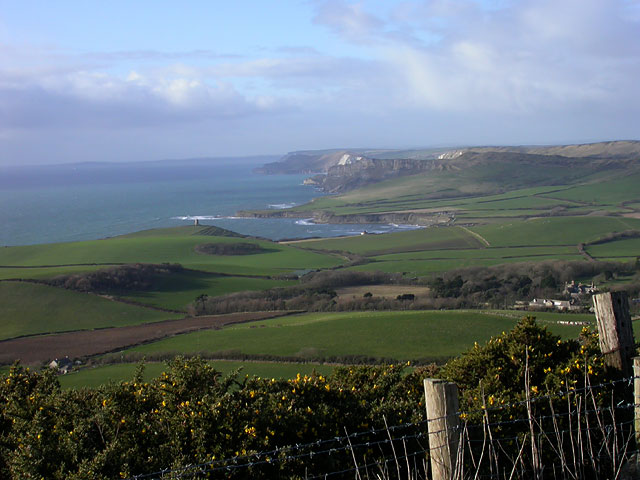 View west from Swyre Head. Swalland farm on the left, Smedmore House on the right and Kimmeridge Bay in the distance. 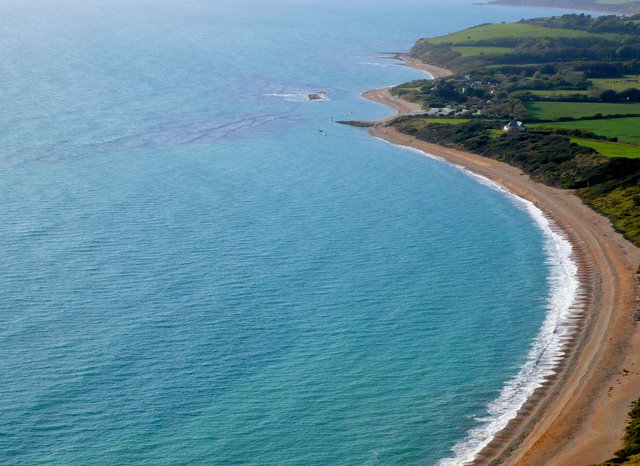 Ringstead Bay. View west from above White Nothe cliffs showing Ringstead Bay in the foreground with the village of Ringstead just beyond. 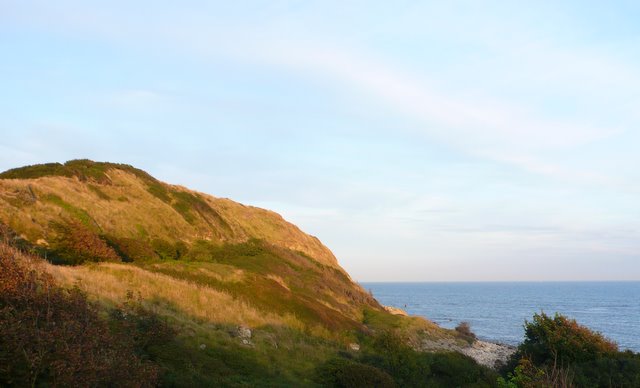 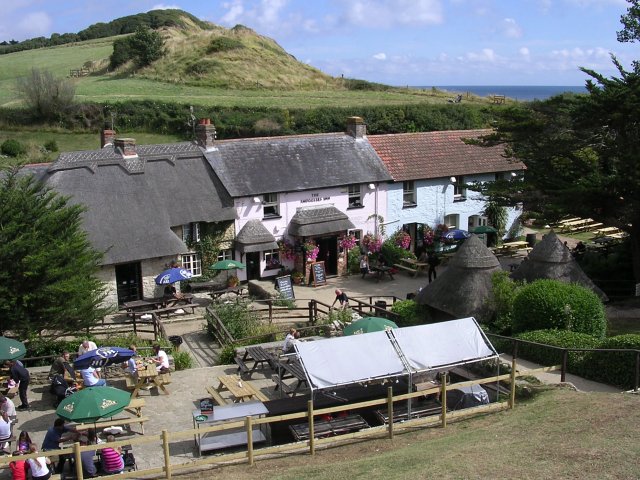