This walk takes you along a section of the iconic Manchester Ship Canal in the Partington area of Greater Manchester.
The 36-mile-long canal was constructed in 1887 to link ocean vessels to Manchester from the Irish Sea. It's an impressive sight and can be enjoyed from various footpaths running along different sections of the canal.
The walk starts in the village of Warburton where you can pick up a section of the Bollin Valley Way and follow the waymarked trail north east to join with the canal at the point where it joins with the Glazebrook on the border between Cheshire and Greater Manchester. You can then follow a path along the canal through Partington towards Carrington. Near here you'll come to the 19th century Cadishead Viaduct before retracing your steps to Warburton.

To explore the other end of the canal you could pick up the Salford Trail which starts of at Salford Quays.
The circular walk around Warrington takes you along the River Mersey and the Ship Canal, with a visit to the pretty Paddington Meadows Nature Reserve.
At Ellesmere Port you can visit the excellent National Waterways Museum. It's located at the northern end of the Shropshire Union Canal at the point where it meets the Manchester Ship Canal and the River Mersey. The museum is concerned with the history of the UK's rivers and canals, with exhibits including canal boats, traditional clothing and steam engines.
If you follow the Bollin Valley Way south east you could visit the splendid deer park at Dunham Massey.
For more walking ideas in the area see the Greater Manchester Walks page.

Glaze Brook enters the Manchester Ship Canal. Here, on the border between Cheshire and Salford, the Manchester Ship Canal receives the waters of Glaze Brook (also known as the River Glaze). The Glaze drains a substantial area of mossland hereabouts and was the boundary between the ancient Lancashire Hundreds of West Derby and Salford.This latter fact is recorded on the wall of a bridge near here that carries the A57 road over the Glaze, but as the wall is made of sandstone the lettering is wearing away.This part of the Ship Canal is a canalised section of the River Mersey. The Mersey joined the canal a little way upstream of this point (to the left) and will leave the canal a little further downstream, close to where the River Bollin joins the canal. 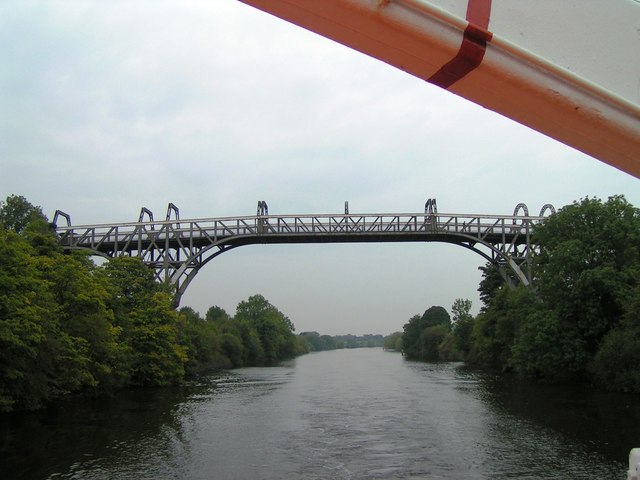 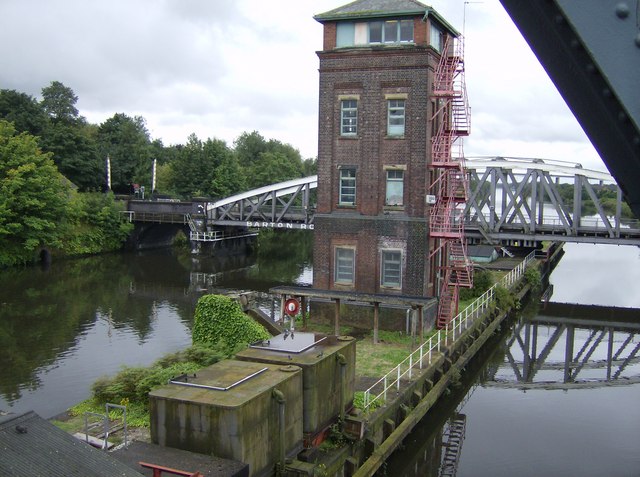 Barton Aqueduct. The structure is one of the highlights on the canal. It carries the the Bridgewater Canal across the Manchester Ship Canal in in Barton upon Irwell. 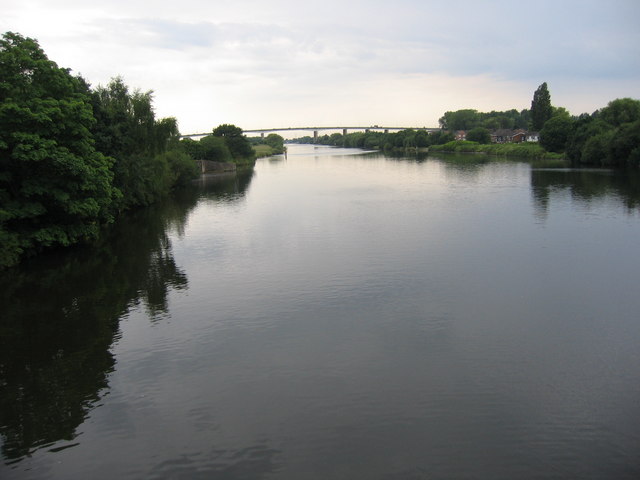 Looking south-west from Barton Swing Bridge. The high level M60 motorway bridge can be seen in the background.

Mersey meets the Ship Canal, near Irlam, Manchester. Here the River Mersey joins the Manchester Ship Canal for a few miles before leaving, through the other bank of the canal, just east of Warrington. The MSC itself was built, in part, by canalising the River Irwell between Manchester and this point, where the Irwell joined the Mersey. The Mersey has meandered across the plain from Stockport where it was formed by the confluence of the Rivers Tame and Goyt.