Follow the River Bollin from Macclesfield to Partington on this delightful waterside walk through Greater Manchester and Cheshire.
The walk starts at the Macclesfield Riverside Park and follows the river through Prestbury, Wilmslow, Hale and Bowdon to Partington on the Manchester Ship Canal.
On the route you will pass the 18th century Grade II listed Mottram Hall and National Trust owned Dunham Massey. This Georgian House is set in a magnificent 121-hectare (300-acre) deer park and boasts Britain's largest winter garden.
As well as the River Bollin there are also views of the Bridgwater Canal and a short final section along the Manchester Ship Canal into Partington.

In Wilmslow the historic Coach and Four is a nice place for a pit stop. The friendly pub is set in an 18th century coaching house and has a very good menu. There's also a lovely garden area to sit out in if the weather is good. You can find it on Alderley Rd, witha postcode of SK9 1PA for your sat navs.
In Prestbury Ye Olde Admiral Rodney is a historic pub worthy of some investigation. This charming former coaching inn dates back to the 17th century and includes many period features such as low ceilings and panelled walls. You can find them on New Road with postcode SK10 4HP for your sat navs. The pub is also dog friendly if you have your canine friend with you.
The village itself is also worth exploring with several listed timber framed buildings and a picturesque churchyard. Look out for famous faces too as it is one of the most desirable places to live in the north with many celebrities and footballers purchasing expensive properties in the area.

The route links with the Cheshire Ring Canal Walk around Dunham Massey. Here you can enjoy another waterside walk along the towpath of the Bridgwater Canal. Similarly there's the Macclesfield Canal Walk to pick up near the start of the route.
For more walking ideas in the area see the Cheshire Walks and Greater Manchester Walks page.

Bollin valley Mobberley/Wilmslow: the valley of the River Bollin, seen from the bridge on the North Cheshire Way beside the tunnel carrying the trail under runway 2 of Manchester airport. 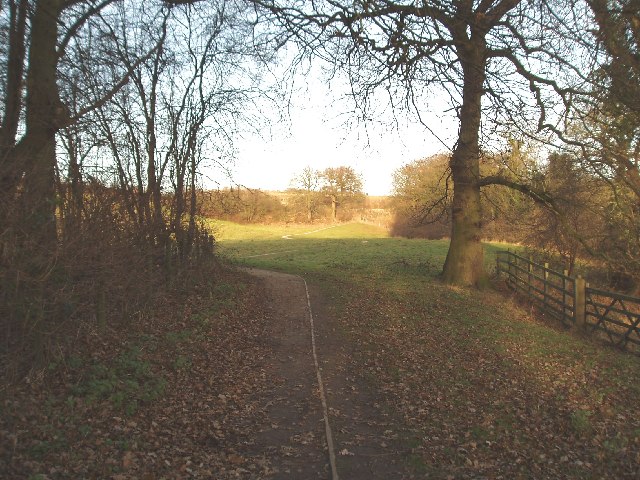 Looking NE, this section of the footpath starts just east of the Holiday Inn, on the A538. 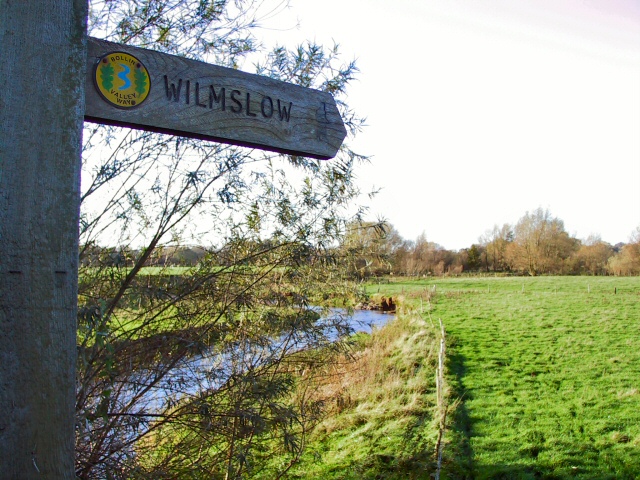 River Bollin. The point at which the Bollin Valley Way footpath crosses the road at Mill Farm, whilst the river passes under Mottram Bridge on its way through the valley.

Photograph of the aqueduct carrying the Bridgewater Canal over the River Bollin, Dunham Massey

Glaze Brook enters the Manchester Ship Canal. Here, on the border between Cheshire and Salford, the Manchester Ship Canal receives the waters of Glaze Brook (also known as the River Glaze). The Glaze drains a substantial area of mossland hereabouts and was the boundary between the ancient Lancashire Hundreds of West Derby and Salford. This latter fact is recorded on the wall of a bridge near here that carries the A57 road over the Glaze, but as the wall is made of sandstone the lettering is wearing away.This part of the Ship Canal is a canalised section of the River Mersey. The Mersey joined the canal a little way upstream of this point (to the left) and will leave the canal a little further downstream, close to where the River Bollin joins the canal.á