This popular walk takes you between two major towns on the beautiful Cornish coast.
The route follows the St Michaels Way waymarked trail from Penzance to St Ives, through some lovely Cornish countryside. The route runs for about 9 miles with some moderate climbs along the way. At the end of the walk you can catch a train back from St Ives to Penzance. For a much longer coastal route see the section of the South West Coast Path.
The walk starts from Penzance at the train station, near the seafront. From here you can pick up the St Michael's Way and follow it east to Chyandour. Here you turn inland and follow the trail north east to Ludgvan. The route then heads north to the noteworthy Trencrom Hill which is owned by the National Trust. The prominent hill fort,  is crowned by an univallate Neolithic tor enclosure and was re-used as a hillfort in the Iron Age. Cairns or hut circles can be seen in the level area enclosed by the stone and earth banks.
After passing the hill the route continues past the rocky outcrop at Bowl Rock before coming to the village of Carbis Bay. You'll pass Knill Monument, known locally as 'The Steeple', a 50-foot (15 m) high monument to John Knill, a mayor of nearby St Ives during the 18th-century. The lovely village of Carbis Bay overlooks the small bay of the same name. It is bounded to the north by Porthminster Point and to the east by Hawk's Point and contains a popular family beach. Here the route then joins the coastal path and follows it north to St Ives, finishing at the train station. Here you can catch a train back to Penzance, changing at St Erth. It's only about a 30 minute ride.To extend the walk try the coastal St Ives to Lelant Walk and visit the beautiful Hayle Estuary, where there are excellent birdwatching opportunites.

Just west of Penzance you can pick up the inland Drift Reservoir Walk and follow the waterside path before visiting the adjacent Trewidden Gardens.
In St Ives you could pay a visit to the Tate Gallery which displays modern works by artists with links to the St Ives area. You can find them at Porthmeor Beach with postcode TR26 1TG. There's also the lovely Barbara Hepworth Museum which includes a delightful sculpture garden displaying her works. She purchased the site in 1949 and lived and worked there for 26 years. The studio and garden have been left in much the same state. You can find the museum at Barnoon Hill, Saint Ives TR26 1AD.
For more walking ideas in the area see the Cornwall Walks page. 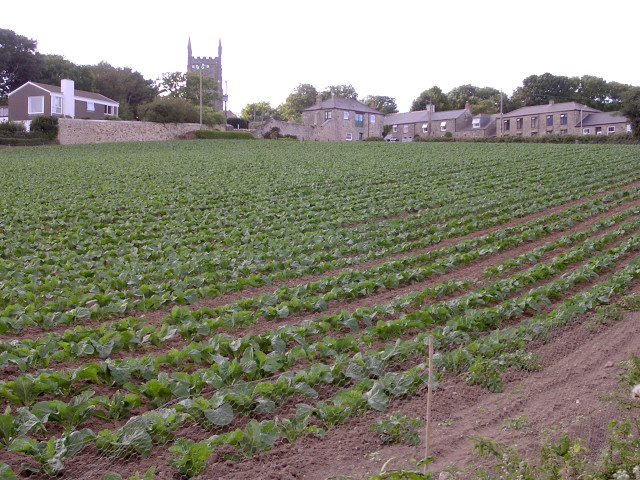 Vegetables in a field at Ludgvan, Cornwall.

Rocky outcrops and wildflowers at Trencrom 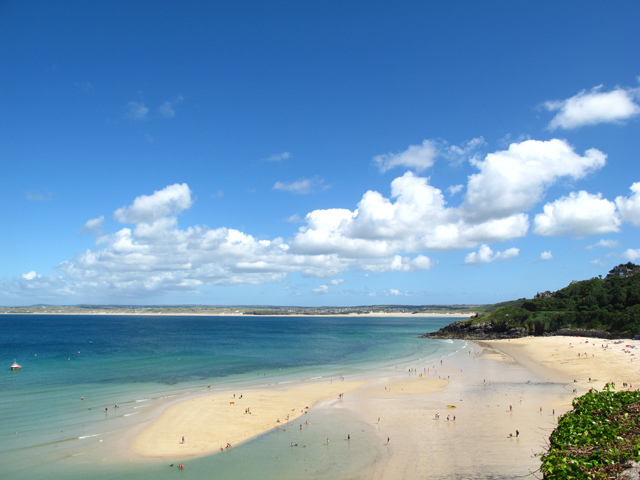 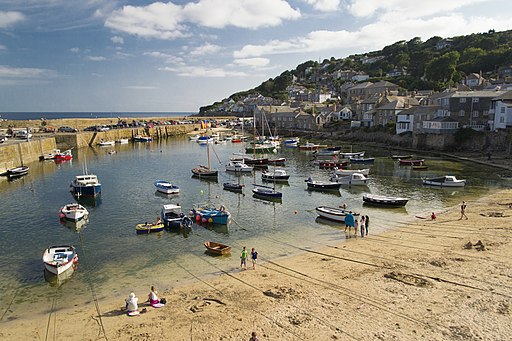