The circular walk takes you around the village of Pyrford near Woking. You'll enjoy waterside paths along the River Wey Navigation and countryside trails around Pyrford Green. Highlights on the route include a series of delightful locks and views of the remains of Newark Priory.
The walk starts from the car park at Pyrford Lock, located north east of the village and due east from Pyrford Common. The lock is a very pretty area of the canal with barges and a nice canalside pub. From here you can pick up the towpath and head south past the golf course to Walsham Lock and Newark Lock. Here you can see the ruins of Newark Priory which sits on an island surrounded by the River Wey. The Augustinian priory is a Grade I Ancient Monument having been established between 1189-1199.
After passing Newark Lock you leave the river and head north towards Pyrford village. The village contains the noteworthy church of St Nicholas. The church was built in 1140 and it is thought that Queen Elizabeth I would have worshipped there. She reputedly donated a silver chalice to the church in 1570. Original frescoes, painted in red ochre, were uncovered during renovations in 1869 and 1967.
After exploring the village the route heads north east across Pyrford Green to return to the river and the car park. Here you can enjoy refreshments at the popular Anchor pub which has a splendid beer garden, perfect in the summer months.
To extend your walk you can continue south along the Wey Navigation into Guildford. The major Surrey town also makes an alternative start point. You could start the walk from Guildford train station which is located right next to the river.
Just to the west of the lock you will find Pyrford Common where there are some nice woodland footpaths to try. To the east there are miles of paths on Wisley and Ockham Common and the beautiful RHS Wisley Gardens. 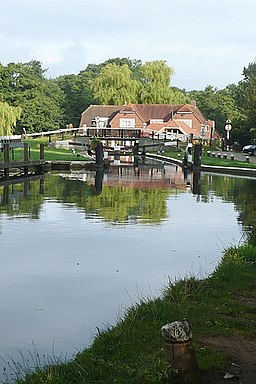 Pyrford Lock and The Anchor

Boats on the Wey

Bridge over the Wey Navigations 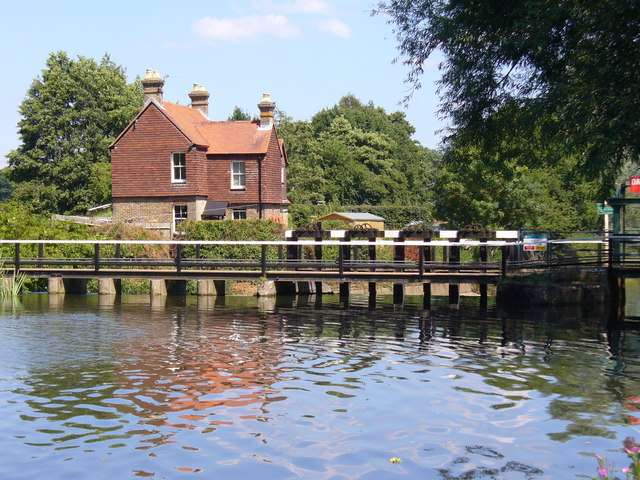 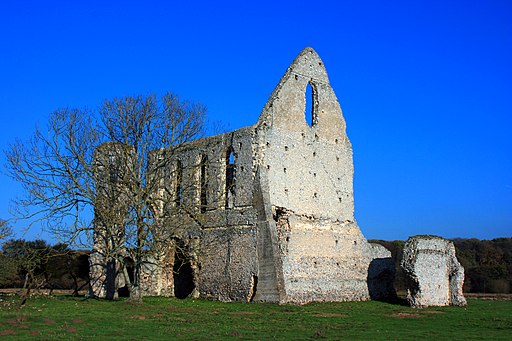