This circular walk visits the historic Shap Abbey and the village of Shap in Cumbria. You'll explore the pretty Abbey Park with views of the River Lowther before heading into the village.
The walk starts at the car park at Abbey Bridge about half a mile west of Shap village. From here you can pick up public footpaths heading past the atmospheric ruins of the 13th century abbey. The area is very photogenic with the abbey, river and the surrounding countryside making a splendid backdrop. Nearly all of the abbey buildings have been demolished, however the tower remains are still impressive, and the outline of the building plan is clearly visible.
The paths lead south east to the small 16th-century Keld Chapel, now in the care of the National Trust. From the chapel you can then follow Keld Lane north east into Shap. The village has good facilities with three pubs where you can stop for refreshments.
After exploring the village the route follows country lanes west, past Skellaw Hill, before returning to the car park.
Shap is on the epic Wainwright's Coast to Coast walk so there is good scope for continuing your walking in the area. If you were to head west you could visit Haweswater where there are some lovely trails along the water.

Head to the historic Greyhound Hotel in Shap village for some refreshments on the walk. The pub is a popular stopping point for people doing the coast 2 coast walk. It's set in a 17 century stone house and does very good food. It also has a series of picnic tables outside for warmer days. You can find the pub on Main St with a postcode of CA10 3PW for your sat navs.

Some of the scenes in the cult feature film Withnail and I were filmed around Shap. Sleddale Hall, the filming location for Uncle Monty's cottage Crow Crag, is located near Wet Sleddale Reservoir.
A few miles north of the abbey you'll find Lowther Castle. If you have time it makes a nice extension to your outing. Our walk takes you around the dramatic ruins of the 1806 Gothic castle and then on to the Lakeland Bird of Prey Centre, situated in the walled garden of the castle. Near you'll also find the climb to Askham Fell and Askham Hall with its stunning gardens. 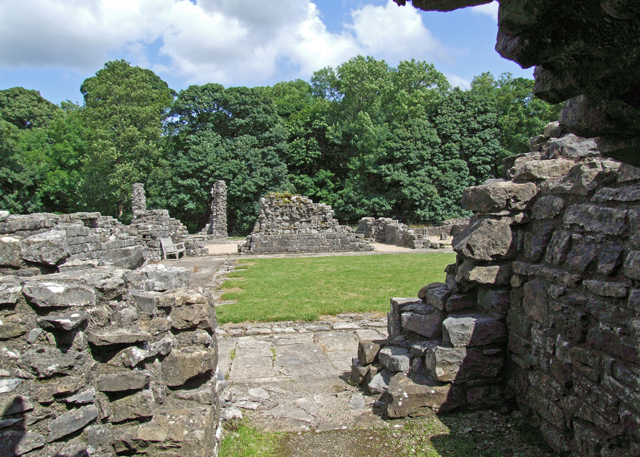 Shap Abbey Built in the early 13th. century as home to a community of Premonstratensian canons it was suppressed by Henry VIII and given to the Governor of Carlisle in 1540. Some of the main buildings were used as a farm but it was gradually dismantled and the stone used for other purposes. 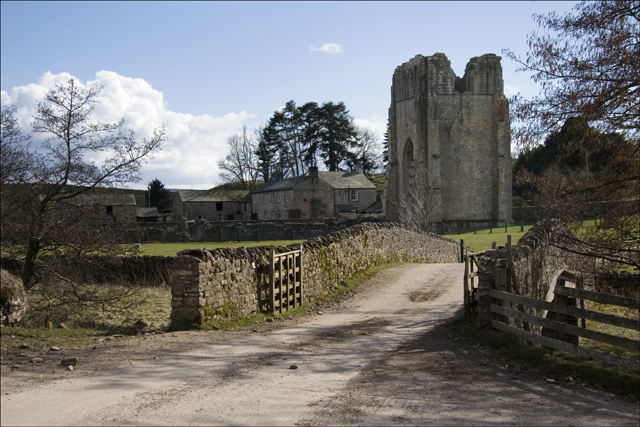 A winter view of Shap Abbey from the bridge.

The remains of the tower of the abbey.

In the foreground is the remains of the chapter house where the canons gathered to meet formally every day.

Shap Abbey and bridge over the River Lowther. This Photo is taken from the Coast to Coast Path. The Abbey was built in 1199, the last Abbey to be founded in England, and the last to be dissolved by Henry VIII in 1540. 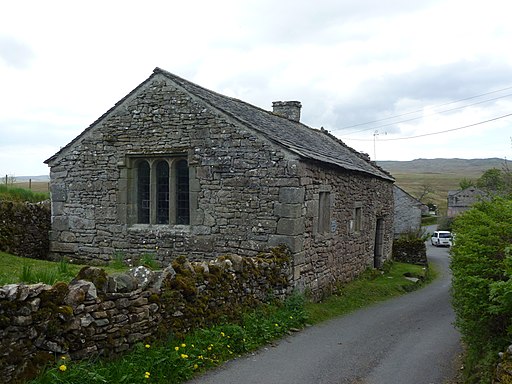 Shap, at the southern end of the Lower Eden Valley, is not part of the busy tourist area.

Stone wall and abbey view. The abbey was built in 1199, the last Abbey to be founded in England, and the last to be dissolved by Henry VIII in 1540.