This is a splendid walk along canals and through wonderful Shropshire and Cheshire countryside from Grindley Brook, near Whitchurch, to Mow Cop near Congleton.
The walk starts on the Shropshire Union Canal at Grindley Brook and heads to Marbury.
Here you'll pass the tranquil Marbury Meres, known as Big Mere and Little Mere. The larger Comber Mere is just to the east, slightly off the route.
The next stage takes you towards Wrenbury and then onto Coole Pilate where you cross the Shropshire Union Canal.
The path continues passing Weston and Haslington before joining the Trent and Mersey Canal at Malkin's Bank for some waterside walking. At Thurlwood you leave the canal and head towards Little Moreton Hall. Owned by the National Trust the hall is a moated 15th-century half-timbered manor house. The final section then takes you onto the finish point at Mow Cop finishing near the castle.

In Wrenbury you could stop off at the Dusty Miller for some refreshments on the walk. They have a lovely garden area next to the Llangollen Canal so you can sit outside and enjoy a fine meal with views over the water. The pub is located in a 19th century converted corn mill with many of the original features retained. You can find them on the Cholmondeley Road at a postcode of CW5 8HG for your sat navs. The village itself is also worth exploring with conservation area including a number of historic properties such as an early 16th century church overlooking the pretty village green.

Big Mere and the church of St. Michael and All Angels, Marbury from the South Cheshire Way. 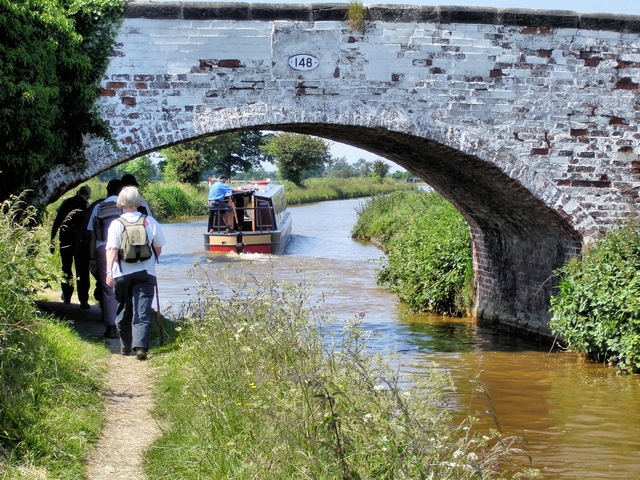 Bridge 148 on the Trent and Mersey Canal at Betchton 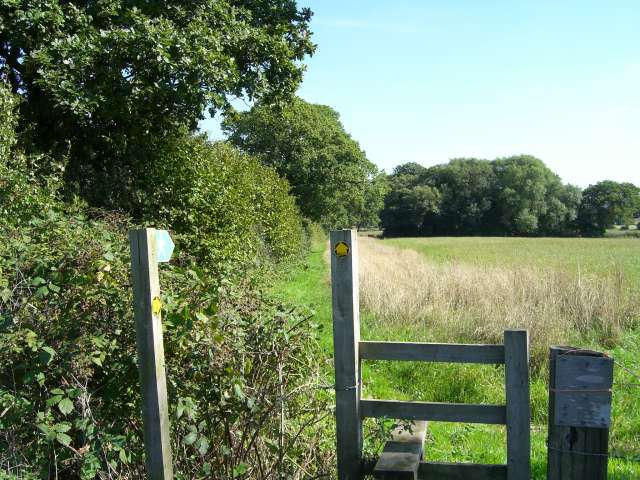 Sheep grazing below trig point, near Wirswall. Sheep pasture below the 156 m trig point, taken from the Way near Wicksted Old Hall.