Walk the South West Coast path from coastal resort of Swanage to one of the highlights of the Jurassic Coast at Lulworth Cove. The route runs for about 19 miles along the waymarked cliff top path.
Starting on the front in the town you first head south along Durlston Bay before climbing to Durlston Country Park. You then head west to St Aldhelm's Head, passing Worth Matravers on the way. St. Aldhelm's Head is the site of one of the oldest churches in England. It is built on top of a 300ft high clifftop with views along the Purbeck Coast.
The route then heads around the lovely Chapman's Pool to Kimmeridge Bay. The beautiful Kimmeridge Bay is part of the Purbeck Marine Wildlife Reserve. On the beach you will find a number of rock-pools where you can look out for a variety of marine wildlife.
The final section runs past Worbarrow Bay and Mupe Rocks before coming to Lulworth Cove. The sheltered bay is enclosed almost in a circle and was formed 10,000 years ago by the combined forces of a river and the sea. Next to the cove you will pass the West Lulworth Heritage Centre which contains a museum about the coast and the village.
To extend the walk you can continue along the coast path to Durdle Door where you'll find a spectacular natural limestone arch with an adjacent beach and caves. 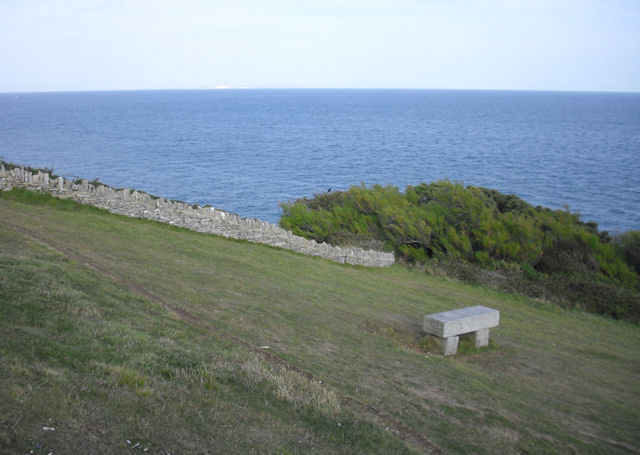 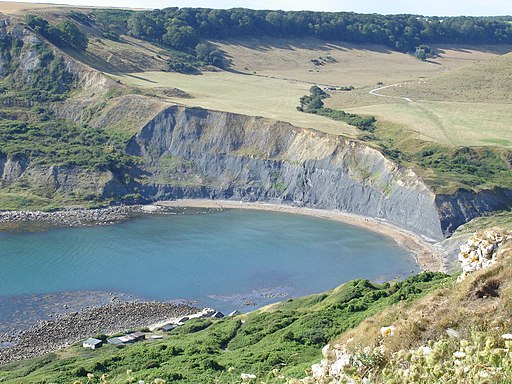