This route follows the coastal roads around the the island of Great Cumbrae in the Firth of Clyde, off the coast of North Ayrshire. The route runs for a distance of about 10 miles on fairly flat roads. As such it should take around 1-2 hours to cycle around the island at a leisurely pace.
The route starts in the town of Millport, at the southern end of the island. You can catch ferry boats here from Largs which is easily reachable from Glasgow by train. In the town there are several cycle shops offering bike hire.
From the town you head west past Aird Hill to the western side of the island. The path then takes you north past a series of stunning bays including Deadman's Bay, Fintray Bay and Little Skate Bay. The route heads along the northern tip at White Bay and Tomont End before heading along the east coast. There's great views across the water to Ayrshire as you pass Holm Bay and Ballochmartin Bay before coming to the Marine Station at Farland Point. The final section takes you back to Millport via Kames Bay.
The island is great for wildlife watching. Look out for golden eagle, cormorants, fulmars, sea eagle and many more. You may also see other marine life including seals, basking sharks, porbeagle sharks and dolphins.
To continue your cycling in the Arran area try our Cycle Around Arran. The 55 mile route takes you around the whole of the beautiful island on a series of coastal roads. 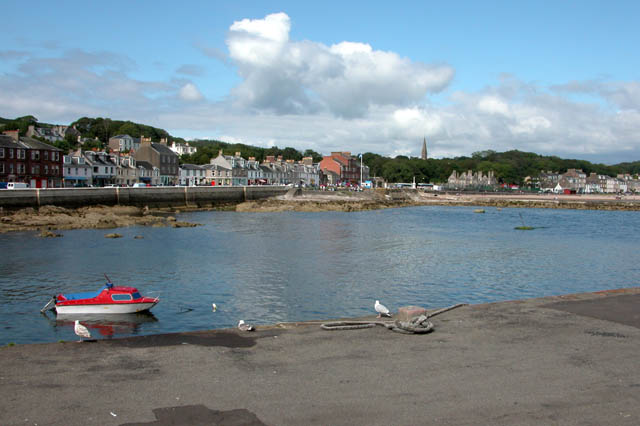 Millport from the pier 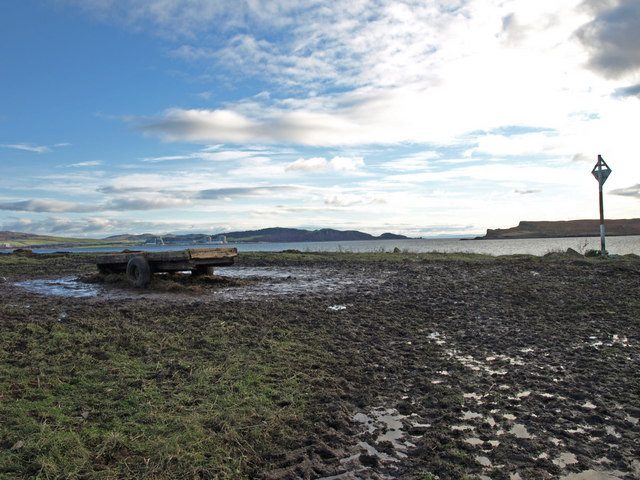 Sailing the Firth of Clyde