This Hampshire town sits in the north east corner of the county in the Rushmoor area. There's good walking opportunities along the canal and river which run through the town. There's also expansive areas of woodland to the west and a number of pretty parks and lakes on the fringes on the town.
This waterside walk around the town takes you along the Blackwater River and the Basingstoke Canal which run through the area. It's nice easy walking on flat footpaths with a visit to a local nature reserve and a lakeside park to enjoy as well.
The walk starts at the car park at the Rowhill Nature Reserve just to the south west of the town centre and the train station. In the 55 acre reserve you will find the source of the Blackwater River and deciduous woodland. In the spring months you can see lots of pretty bluebells. From here you can pick up the Blackwater Valley Footpath and follow the waymarked footpath east along the river in Weybourne to the pretty Badshot Lea Big Pond.
You continue east past Pea Bridge and Badshot Lea before turning north at Aldershot Park. The trail then runs along the eastern fringes of the town before coming to Gold Valley Lakes and the Lakeside Nature Reserve. There's a pretty lakeside park and reserve here with lots of water loving birds to look out for. In the park you can pick up the Basingstoke Canal and follow it west towards Wharf Bridge and the Queen's Parade Recreation Ground. You can follow the same paths back to the reserve or continue west into the Forest of Eversley and return on various woodland trails to create a circular walk.

GU11 3BD - Please note: Postcode may be approximate for some rural locations

To extend your walking in the area head north from the Rowhill car park and you will soon come to the Wellington Monument on Round Hill.  Here you'll find a monument to Arthur Wellesley, 1st Duke of Wellington, victor at the Battle of Waterloo and later prime minister of the United Kingdom. The statue was originally unveiled at Hyde Park Corner in 1846 but then moved to Aldershot in 1883.
Just to the west is the Forest of Eversley where there are miles of good woodland trails to try. One popular option is the climb to Caesar's Camp, an Iron Age Hillfort and  a Scheduled Ancient Monument. The hillfort lies entirely within the Bourley and Long Valley Site of Special Scientific Interest. There's good views towards London from the elevated position of the hillfort. It's also full of wildlife with rabbits, birds and deer to look out for. You can find it to the west of the town at postcode GU11 1PZ.
The Brenda Parker Way also passes through the town and provides an opportunity for further exploring the countryside surrounding the town.
Aldershot is not far from the North Downs. If you head a couple of miles south of the town you could pick up the North Downs Way and follow it east to Puttenham Common where there's lot of good footpaths to try. 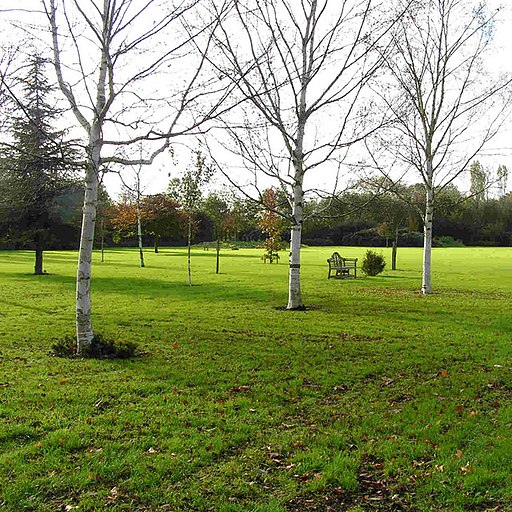 Crematorium grounds near the town of Aldershot. Beyond the trees and shrubs flows the Blackwater river, forming part of the boundary of this location. Despite background traffic noise, there is a certain pleasant tranquillity here. 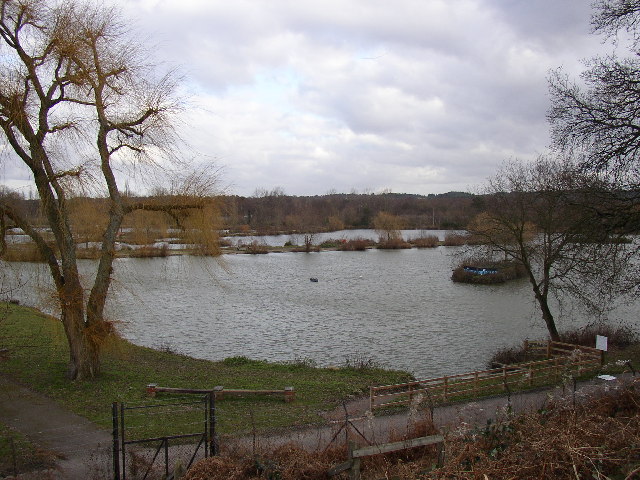 Gold Valley Lakes, Aldershot, Hampshire. These are some of the many lakes along the Blackwater valley, and have been made for angling. Gold Lake was originally a natural lake that was extended in the 1930s, and there are now another four lakes and a stock pond in the group. The fishery was stocked in the early 1990s and the fish allowed to breed for several seasons before fishing started. The result is that catches are very good, as the pair of herons that patrol the lakes no doubt appreciate.

Ramp up to Basingstoke Canal, Aldershot, Hampshire. This ramp connects the Blackwater Valley Path to the canal towpath. The Gold Valley lakes are in the background.

Aqueduct carrying the Basingstoke Canal over the Blackwater River. 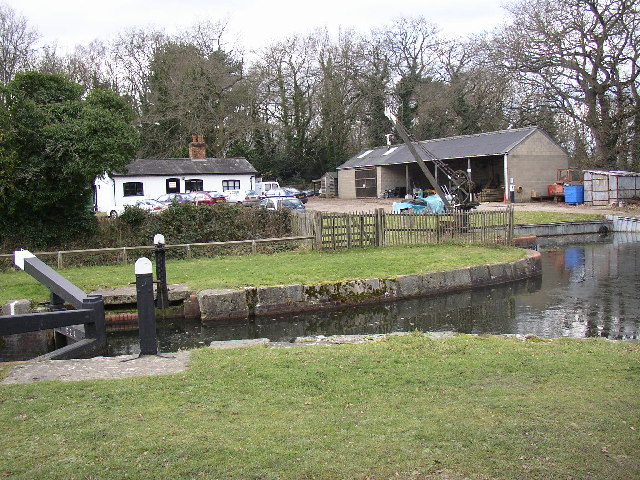 Canal Depot, Aldershot, Hampshire. This is at Ash Lock, off Government Road. The crane has been restored. 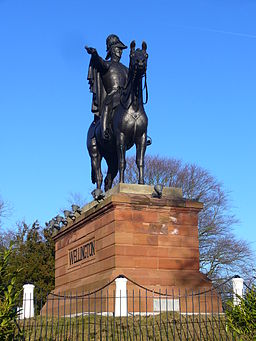 Wellington Monument, Aldershot Massive 40 ton statue of the national hero on Round Hill. It was moved from Hyde Park to here in 1883.