This reservoir in the Cheshire village of Bosley has a nice waterside walking trail running along it's southern and eastern shore. The village has a church dating from the early 15th century with a delightful wildlife garden. It's a short walk from the village to the reservoir with splendid views of the beautiful countryside and rolling hills of the Cheshire Plain. The reservoir also includes a grade II listed horseshoe arch bridge and a valve house built in 1831.
You can start the walk from the little village and head south on the pavement of the A523. You pass Chaff Hall before picking up the footpath to take you across farmland to the reservoir.
Alternatively there is roadside parking on Smithy Lane at the southern end of the water so you could drive straight there. You can see this on the google street view link below.
You can extend your walk by climbing north east towards Sutton Common and Croker Hill for fabulous views back down to the reservoir. These paths head north east from the northern point of the water.
To extend your walking in the area you could head half a mile west from Bosley and pick up the Cheshire Ring Canal Walk. This will take you along the towpath of the Macclesfield Canal to the splendid Bosley Locks which are well worth a visit.
A couple of miles to the south west you can enjoy a climb to the Bosley Cloud and enjoy fabulous views over the area.

SK11 0NX - Please note: Postcode may be approximate for some rural locations

After your walk you could reward yourself with refreshments at the Harrington Arms in Bosley. The pub is located on the Leek Road just to the west of the reservoir. It has a nice large beer garden to relax in during the warmer months. 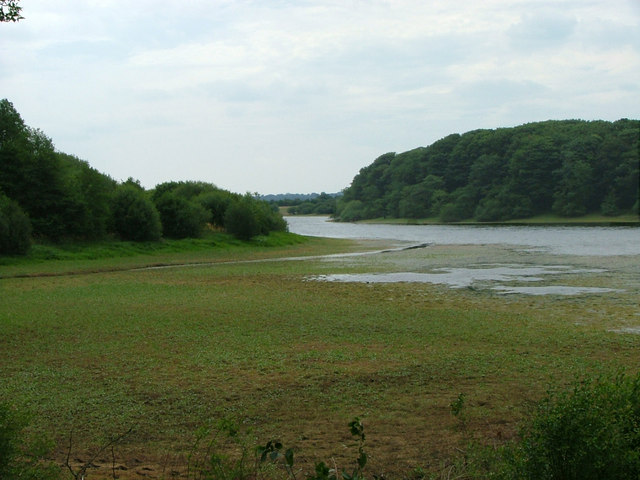 This the North East part showing the wooded promontory to the right. It also shows a distinct lack of water level

View over the water to the telecommunications mast on Croker Hill.