This splendid circular walk uses the Cotswold Way and the Donnington Way to explore the countryside and landmarks surrounding the Cotswold villages of Chipping Campden and Broadway. It's a great one to try if you are staying in either of these villages as it uses well maintained waymarked footpaths to take you to such highlights as Broadway Tower Country Park and Dover's Hill. The route runs for just over 10 miles taking you through some beautiful Gloucestershire and Worcestershire countryside.
The walk starts in Chipping Campden and climbs to Dover's Hill on the Cotswold Way. It's a lovely start to the walk with tremendous views from the 754 feet (230 metres) hill summit. On a clear day you can see as far as the Black Mountains of South Wales and the Long Mynd in Shropshire.
The route then heads south west along the Mile Drive to Broadway Tower. The splendid tower is the second highest point in the Cotswolds with views as far as the Welsh Mountains and the Buckinghamshire countryside. You can further explore the country park which includes red deer and woodland trails.
After leaving the park you head to the village of Broadway. The picturesque village is known as the 'Jewel of the Cotswolds' with its pretty Green, lined with red chestnut trees and Cotswold limestone buildings, dating from the 16th century. It is roughly the half way point on the walk so it's a nice place to stop for refreshments.
From Broadway you head north to Willersey. This is another attractive village with a nice duck pond and a 17th century inn. It is not a tourist hub so remains largely unspoilt.
The final section heads east through Saintbury back to Dover's Hill before descending into Chipping Campden.

In the village of Broadway you could stop off for a bite to eat at The Broadway Hotel. The hotel is in a lovely spot on the quaint village green, alongside beautiful boutiques and honey-coloured cottages. It includes a brasserie and a racing themed bar, inspired by the nearby Cheltenham Racecourse and its famous Gold Cup. The Broadway dates all the way back to 1575 and also has a fine garden area to relax in on warmer days. You can find it in the village at a postcode of WR12 7AA.
The Donnington Way - Cotswolds Pub Walk passes through the village too. The long circular walk visits 15 fine old Donnington Brewery pubs in the Cotswolds.

Less than a mile to the south of Chipping Campden there's the neighbouring village of Broad Campden where you'll find the 18th century pub known as the 'local' of Father Brown, the crime-solving priest who stars in the BBC drama filmed in the Cotswolds. 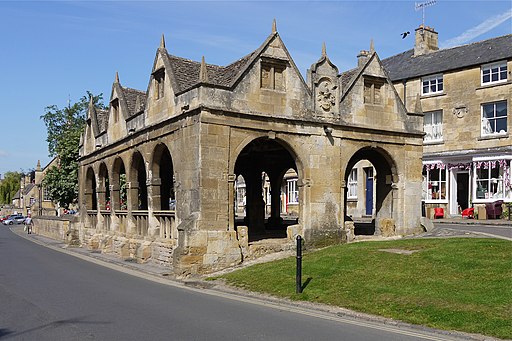 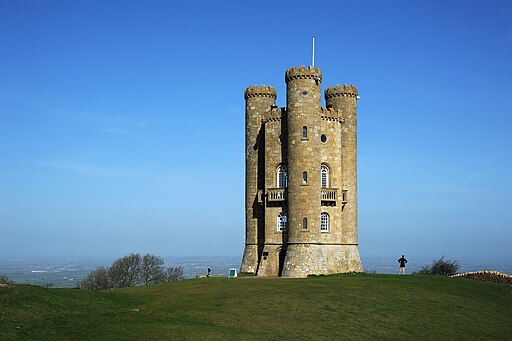 Broadway Tower. The Saxon tower was designed by James Wyatt in 1794 to resemble a mock castle 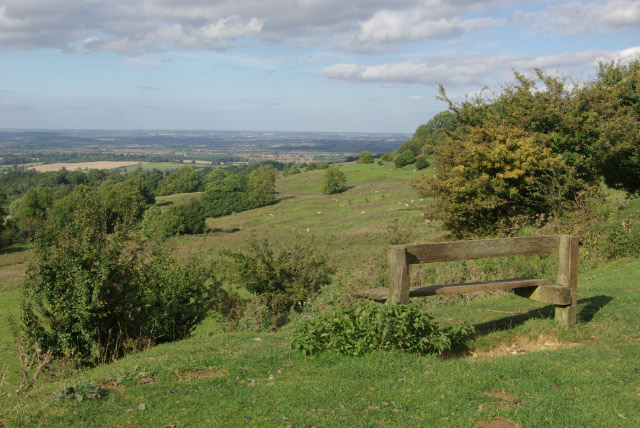 Dover's Hill. The hill is a high point on the limestone escarpment that effectively forms the northern edge of the Cotswolds. There is a spectacular view northwards across the Avon valley.