Enjoy a circular walk around this pretty reservoir and along the Louth Canal on this waterside walk in Lincolnshire.
Start your walk from the car park at the north western tip of the reservoir at postcode LN11 0XX for your sat navs. Then follow the paths around the water to the canal on the eastern side of the water. The route then picks up the towpath following it north before following nice country lanes through the countryside around Fulstow. There's nice paths along the reservoir and views across the water to the lovely Lincolnshire Wolds countryside.
The reservoir is close to the villages of Covenham St Bartholomew and Covenham St Mary. After your walk you can visit the the Grade II listed Anglican church of St Bartholomew. Here you will find a monumental brass with an effigy of Sir John Skypwyth dated 1415. There's also some 13th century stonework and delightful churchyard which is also a nature reserve. You can enjoy refreshments at the attractive Mill House restaurant. It is believed to be of 16th century origin, having previously ground corn for the nearby Benedictine Priory.

LN11 0XX - Please note: Postcode may be approximate for some rural locations

The delightful Mill House is just a short stroll west of the lake. The 16th century thatched house previously ground corn for the nearby Benedictine Priory. It was later restored as a bake house which produced bread for the neighbourhood for three centuries until the last war.  Today it houses a fine restaurant where you can enjoy a delicious meal after your walk. You can find them at Main Rd, Covenham Saint Bartholomew, LN11 0PB.
If you head north west you'll soon come to the village of Fulstow where there's The Cross Keys to consider. The friendly village pub serves fresh homemade food and can be found at Main St, Fulstow, LN11 0XG.

The waterside path makes for a fine dog walk and the Cross Keys mentioned above is also dog friendly.

To extend your walking in the area you could continue along the Louth Canal. Continuing north will take you to the Lincolnshire coast, the pucturesque Tetney Lock and the Tetney Marshes RSPB Nature Reserve. Heading south will take you to the village of Alvingham and then on to the market town of Louth.
For some nice coastal trails you could head to the nearby towns of Grimsby and Mablethorpe.
For more walking ideas in the area see the Lincolnshire Walks page. 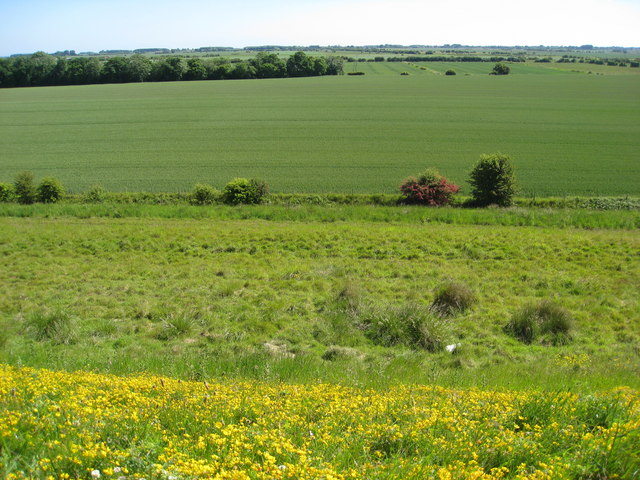 Looking along the west side earthworks.